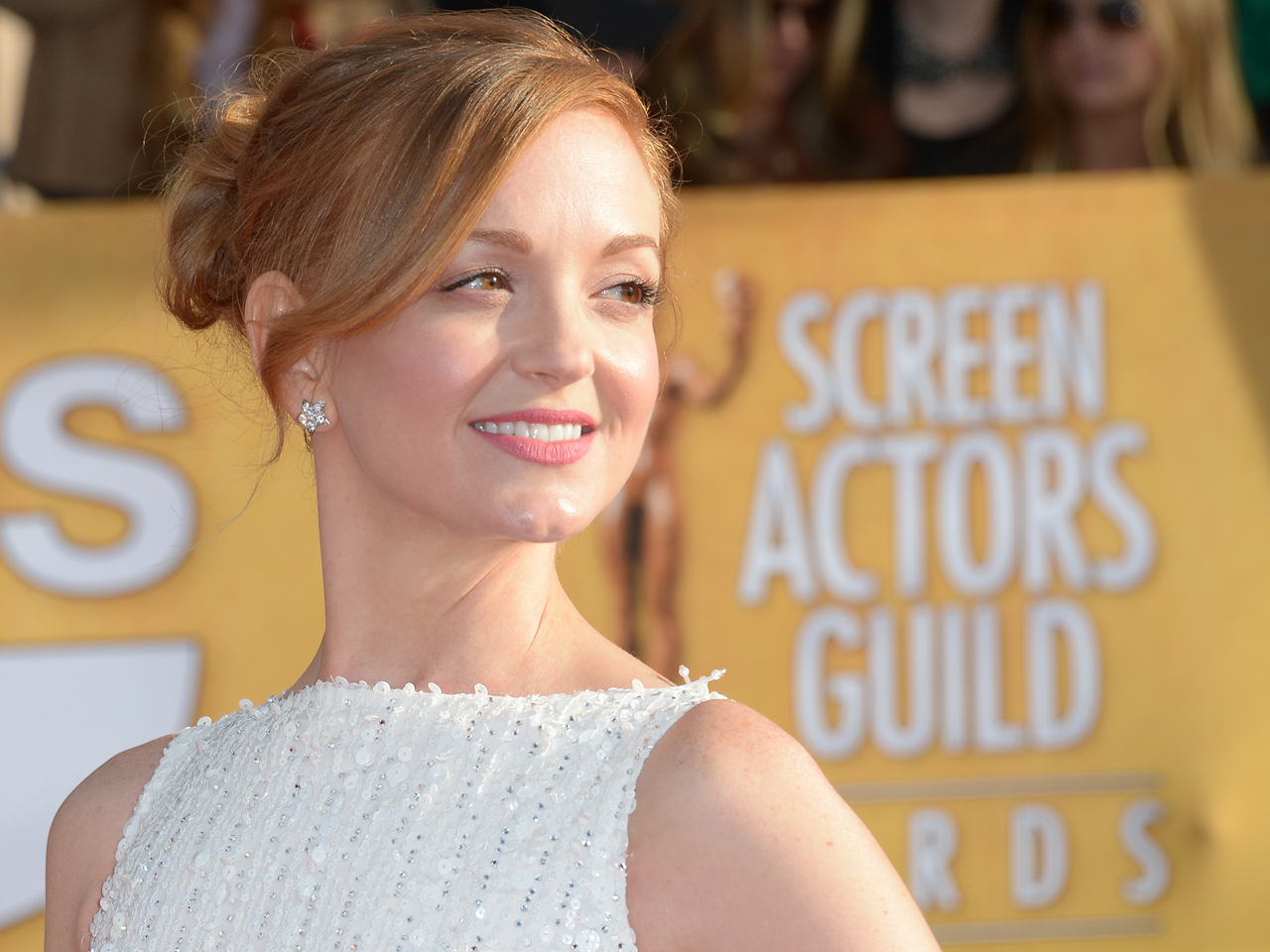 Jayma Mays is hoping for another season of "Glee," gearing up her role in "Smurfs 2," and will guest star on Monday's episode of "How I Met Your Mother." In other words, she's been quite busy. On top of that, Mays is helping to raise awareness for a good cause: empowering women.

The last time the actress appeared on CBS' "How I Met Your Mother" it was 2005. There was no New Directions glee club, and the Smurfs were still stuff of the '80s.

Mays appeared in the fifth episode of season one, titled "Okay Awesome," where she flirted with Ted [Josh Radnor] in the nightclub where she worked as the coat check girl. "And now eight years later they brought back the role," Mays told CBSNews.com "They're trying to bring back the girls who were suspects for possible mothers. It was kind of trippy to come back."

"I actually got to play a couple of different versions of the character for the show, which was really fun. You play it once," she added about taping the new episode. "You do one character and you go and change -- and you do the other version of yourself sitting next to yourself -- if that makes sense. So basically I had a scene with myself."

But it's not that Mays hasn't had her own "trippy" experiences as an actress on "Glee," where, since the show's start in 2009, she has portrayed Emma Pillsbury, a guidance counselor with a severe fear of germs.

"She's so extreme. She's nuts, let's be honest," Mays said. "It's funny when I first started playing her, I felt like she was so different from me and I have people say that -- after they've been with me for some time, they're like, 'You are so not Emma Pillsbury.' I do find that there are certain aspects of my life -- and maybe we all have this -- with a lot of characters that we watch. I find that I am a little anal about some things like I like my cupboards nice and neat and organized. And my sister just reminded me that even when I was 5, I would clean out her makeup and clean out every item that was in there and put it back. I have some of those tendencies for order. That's a big part of Emma. She doesn't like chaos, even though her life tends to spiral that way sometimes."

Looking back, Mays says, she could never really have imagined how much impact the series would have.

"I think it's a show that's so amazing and different and creative and special, but you never know when you're making something how people are going to perceive it, or if they're going to get it, or like it," Mays said. "I think from the start we knew we were doing something different and it was at least special to us. So the fact that people have loved it and people are still watching is really wonderful."

Asked what's in store for her character Mays said, "The last few episodes have been dealing with Will [Matthew Morrison] and Emma not getting married. She fled the day of the wedding...I'm really interested to see where they want to take that. Was it the wedding that was just too much for her? The planning and the people? Or is it just relationships in general she's not ready for? She's kind of had a lot of backfiring romances on the show. We've had 4 or 5 wedding dresses for her alone. I feel like we can do a retrospective of all the dresses."

Fox has yet to officially announce whether "Glee" will get renewed for a fifth season, but Mays says the cast members are ready to sing their hearts out again.

It's thanks to "Glee" that Mays has become a lot more familiar in the public eye. The Virginia native, who calls Los Angeles home, is now using her fame as a platform for a special cause. She recently linked up with Raven + Lily, an apparel and accessories company dedicated to empowering impoverished women through design partnerships. The group employs women in Africa, India, Cambodia and the U.S.

"It's great that all these pieces have a story behind them and you can wear them and feel good about it," said Mays, who will travel to Africa in June to meet with the women designers first-hand.

"Over four years, I realized that I do a job that I love and the by-product of that is that sometimes there are more people that know me and my profession rather than just having a 9-to-5-er," she said, later adding, "I don't feel very famous...I think just realizing that maybe there's a handful of people out there that think that for some reason do connect with me and maybe the character on the show -- if I can reach that little handful of people and share a passion that I have and share a cause that's really important I think that's pretty cool. And not to use that would be really selfish of me."

Looking ahead, we can expect to see a lot more of Mays, as she will revive her role of Grace Winslow in "Smurfs 2," when it hits theaters this summer.

Mays said she grew up watching the cartoon, "but by default." "My mom loved watching 'The Smurfs.' And that was thing she let me watch on Saturday mornings because she really enjoyed it," she said.

Meanwhile, there have been reports that a "Smurfs 3" is a possibility. "I would love to [do a 'Smurfs 3]. It's not every day you get to work with little creatures that aren't there, and it challenges you as an actor in a very different way," Mays said.