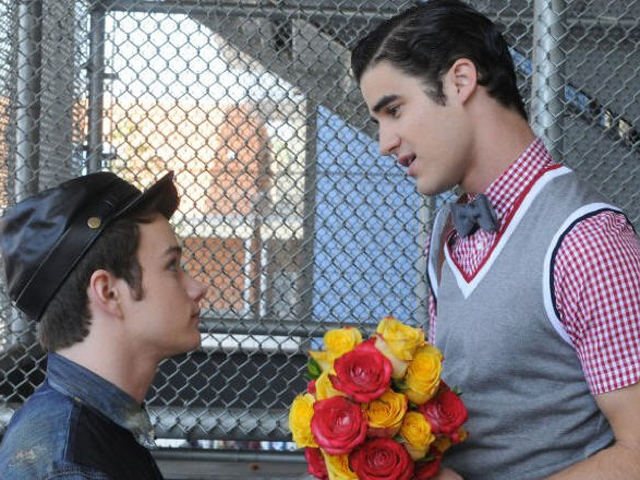 (CBS) Tuesday's edition of "Glee" hasn't aired yet, but television watchdog groups are already up in arms about the sex-themed episode.

"The First Time" features two of the show's couples having sex for the first time - Finn (Cory Monteith) and Rachel (Lea Michele), as well as Kurt (Chris Colfer) and Blaine (Darren Criss).

The Parents Television Council said it takes issue with the characters' ages, not their gender.

"The fact that 'Glee' intends to not only broadcast, but celebrate children having sex is reprehensible," PTC president Tim Winter said in a statement. "The gender of the high school characters involved is irrelevant. Teen sex is now more prevalent on TV than adult sex and 'Glee' is only playing into that trend. Research proves that television is a teen sexual super peer that can, and likely will, influence a teen's decision to become sexually active. Fox knows the show inherently attracts kids; celebrating teen sex constitutes gross recklessness."

Winter also referenced comments "Glee" creator Ryan Murphy made during his time on "Nip/Tuck" about how sex is depicted on television.

"Few parents realize the creator of 'Glee' also demonstrated his taste for the depths of depravity in creating 'Nip/Tuck,' a program in which no taboo was too extreme to violate. In fact, he stated publicly that his legacy may be to make possible a rear-entry scene on broadcast television," Winter added. "If past behavior is any indicator, parents can expect 'Glee' to continue down this dangerous path."

Another organization, the conservative Culture and Media Institute, said in an editorial that "Glee" has "waged a relentless campaign of liberal propaganda" and is "pushing the boundaries of what's acceptable on broadcast TV."

The show is "stepping up its campaign of homosexual promotion" with Tuesday's episode, the group added, and has "consistently advocated a progressive tilt on homosexuality, portraying the behavior as completely normal and uncontroversial."

Teen sex on television is nothing new. Entertainment Weekly notes shows from "Beverly Hills 90210" to "Gossip Girl" have featured characters hooking up.

Colfer told EW that he expected the sex-centered episode to get responses from watchdog groups, but the scenes are tastefully done.

"I think it's handled very sweetly and very emotionally," he said. "They're expecting this big, raunchy, suggestive, brainwashing storyline when really it's very sweet."