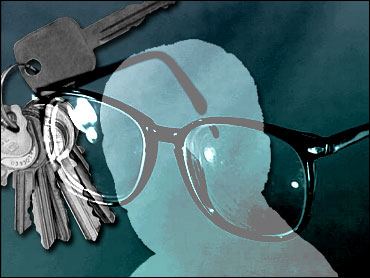 Sometimes I forget where I put my glasses. Sometimes I forget to phone someone I said I'd call. But if I had leaked the identity of a CIA agent or if I had decided to fire some United States attorneys because their politics were different from mine, I wouldn't forget about those things. And I don't think most people would, either. So when public figures keep claiming selective amnesia, we tend not to believe them. This is a serious situation. I'm not just talking about truth becoming more and more rare. I also feel these "forgetful" people are messing things up for the rest of us. If we're going to give less and less credibility to politicians who say "I forgot," pretty soon people will stop believing those of us who sometimes really forget things. It's not fair that a few rotten apples are giving forgetfulness a bad name.

In the Scooter Libby case, Libby's defense team wanted to have a "memory expert" testify in front of the jury. They asserted that she would demonstrate that Libby's flip-flopping on the facts was not a result of his lying, but was because of a faulty memory. However, when the expert, Elizabeth F. Loftus, testified in a pre-trial hearing, she admitted that her studies were not scientific. And at one point, referring to her own writings, she said, "I don't know how I let that line slip by." I guess the memory expert forgot to proofread her work.

The judge ruled that the jurors were capable of distinguishing between lying and forgetfulness without hearing from a memory expert. Obviously, because of their eventual verdict, the jury thought the claims of faulty memory were bunk.

In the recent firing of the eight United States attorneys, the "I don't remember" monster raised its ugly head again. According to White House Press Secretary Tony Snow, "At this juncture, people have hazy memories." This is from the guy who's supposed to spin things to make his bosses look as good as possible, and the best he could come up with was "hazy memories?"

Snow went on to say, "We know that Karl [Rove] recollects Harriet [Miers] having raised it [firing U.S. attorneys], and his recollection is that he dismissed it as not a good idea." Snow added that as far as ordering the firings himself, President Bush "certainly has no recollection" of doing so.

Notice he didn't say that anybody denies anything. They just don't remember. I'm not saying I know that these people did something wrong. But I know that with all these claims of cloudy memories, they are definitely losing credibility about what they did and why.

And there is another "red flag" about their claims. It's the word, "recollect." When I hear that word, I get suspicious. Who uses "recollect" today besides people who have just talked to their lawyers? We don't hear things like, "You'll have to drive today. I didn't recollect to bring my car keys."

As I said before, politicians overusing the "I can't remember" excuse are blowing it for the rest of us. Pretty soon, if we say things like, "I completely forgot that we were having an 8 o'clock meeting this morning," what boss is going to believe that? Now if we say, "Sorry, I forgot to pick up the milk on my way home," we may get a rolling of the eyes from our spouse. But soon, we'll be called a liar for making a claim like that. And I wouldn't advise anyone to say something like, "I forgot that tonight was supposed to be a special night just for the two of us."

Let me make it clear that I don't think claiming bad memory is strictly a Republican maneuver. If the Democrats had been in power for the last several years and been involved in some shady things, they probably would be using the "I can't remember" excuse today. At least I think they would. It's been so long since they were running the country that I really can't recollect what they were like.

Lloyd Garver has written for many television shows, ranging from "Sesame Street" to "Family Ties" to "Frasier." He has also read many books, some of which he remembers.