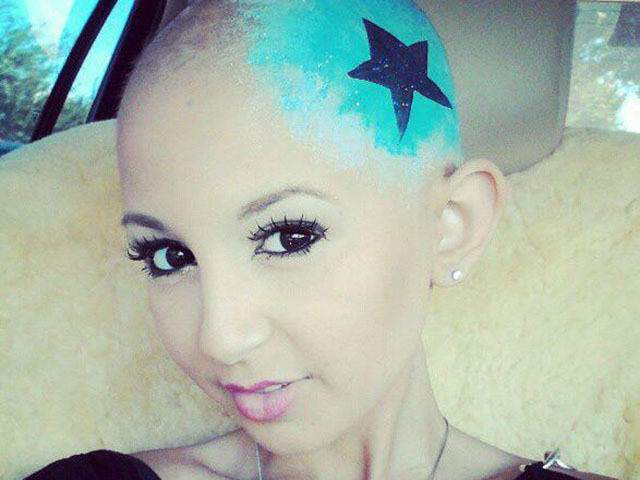 A 13-year-old cancer-stricken makeup guru who became an honorary CoverGirl model and inspired many with her viral YouTube videos died Tuesday.

Talia Castellano, who was battling Neuroblastoma and pre-leukemia, "earned her wings" at 11:22 am, a statement on her Facebook page said.

"Please lift her beautiful soul, her beautiful light to heaven and please send your love and prayers to her family during this most difficult time," the statement said. "God speed little one, may you be free from pain and suffering, may your should feel the light and love that you brought to so many of us on this Earth during the short time you were here with us. We will miss you mare than you will ever know baby girl."

The charming pre-teen posted over 150 videos of herself on YouTube giving makeup tutorials with the aim of proving that people with cancer can still be beautiful. Castellano has said makeup serves as a "wig" for her to feel comfortable. Many of her uploads, under the user taliajoy18, have topped a million views.

The videos deeply touched Ellen DeGeneres, who invited Castellano on her daytime talk show last fall and surprised her with the announcement that she would be an honorary CoverGirl model. The Ellen Degeneres Show sent her to a radio festival, where she interviewed celebrities, including Demi Lovato and Miley Cyrus, inspired by her story.

Castellano was also a big fan of DeGeneres. When the talk show host asked her how she stays so positive, the pre-teen referenced a character DeGeneres voiced in the 2003 animated Disney flick "Finding Nemo": "A little fishy told me, 'Just keep swimming.'"

Fashion was also a big part of Castellano's life. As soon as designer Urbana Chappa stumbled upon the girl's story, she reached out to her earlier this year to collaborate on a junior's clothing line called That Bald Chick. Urbana hopes to continue Castellano's legacy by finding a store to carry the clothes.

Castellano's last video, uploaded to her YouTube channel a month ago, she described being in the hospital for the past four weeks. Despite the grimness of her experience, she appeared upbeat and cheerful.

Castellano was diagnosed with stage 4 Neuroblastoma in 2007. After being cancer free for 13 months, she relapsed in 2008 and then again in 2010 and 2011. In 2012, her cancer spread into her bone and she developed pre-leukemia.

Neuroblastoma a malignant cancer that develops from nerve tissue and affects 1 out of 100,000 children, according to the Centers for Disease Control and Prevention.