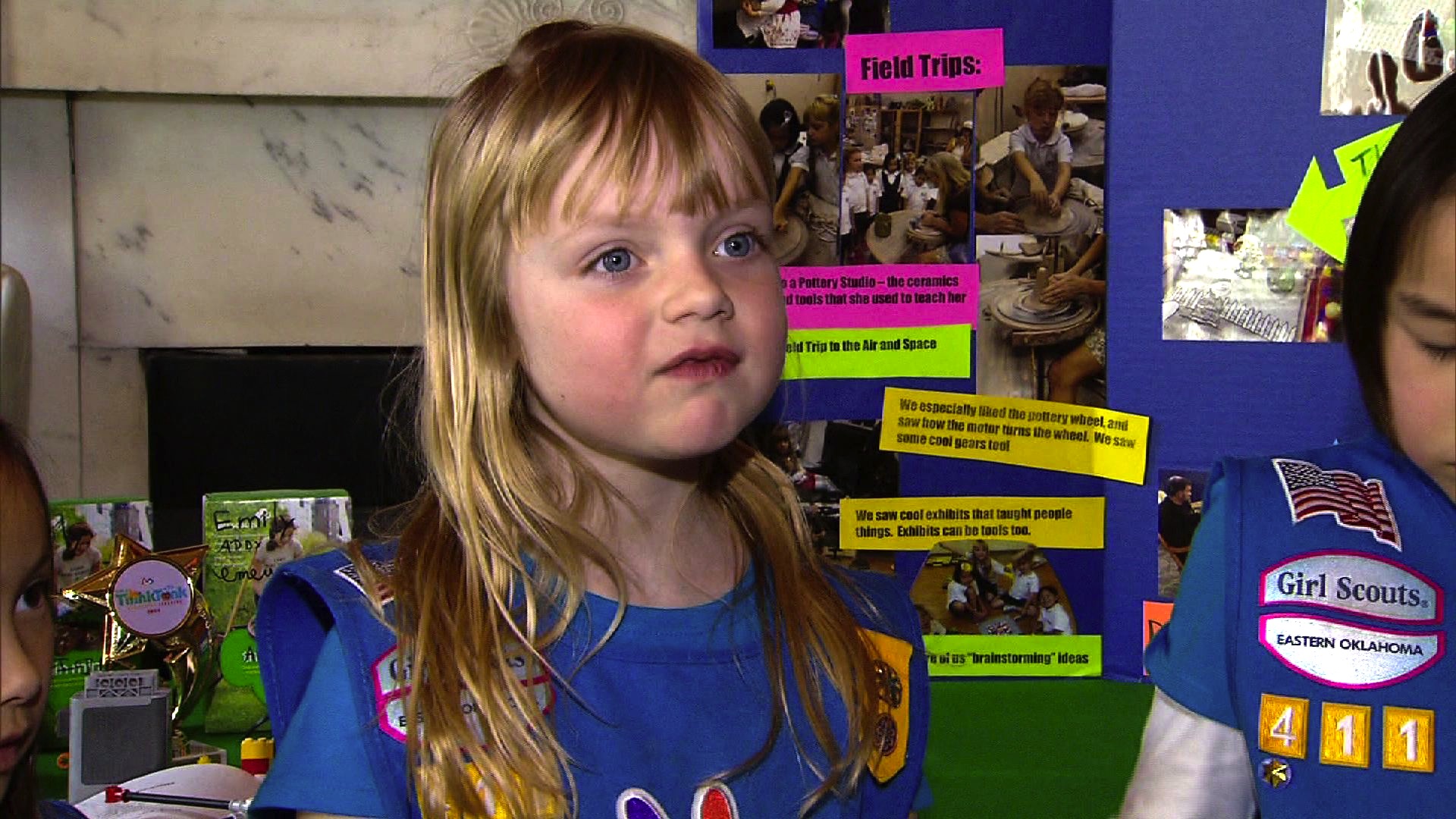 Girl scouts are taking over the White House -- but they're not there to sell cookies.

Troop 411 brought its Lego robot to the executive mansion, setting it up for the White House's fifth annual science fair, which aims to bring some of the most innovative experiments and projects by students around the country to Washington.

The Tulsa, Oklahoma troop's robot mechanically flips book pages. The girls designed it, they said, to help people who struggle to turn pages on their own, for those who "might have arthritis, [who] might be paralyzed, or their arms might not work," one of the scouts volunteered.

The science fair is said to be one of President Obama's favorite events. He toured the projects and met the inventors Monday, even stopping by the Girl Scout group and testing out their reading apparatus.

Before his tour, the president addressed the group of emerging science entrepreneurs.

"We want to make sure everyone is involved," Obama said. "We want to increase diversity as well so we get the most out of our nation's talent."

CBS News was able to meet some of the students on Sunday, while they were setting up their experiments and displays.

Pennsylvania's Wallenpaupack Area High School "InvenTeam" demonstrated their generator, which harnesses the movement of waves against a boat dock to generate electricity.

"With our lake, there's a lot of recreation, a lot of docks," Corine Peifer, 17, said, pointing to poor lighting as a consistent problem for vacationers. "We really need to solve this problem and that's where our device came in."

Some of the young participants, even while still in their teens, have begun to make remarkable inroads into some of the most persistent challenges faced by scientists and doctors around the world. Among them, Natalie Ng, 19, of Cupertino, California, who has developed a model that predicts the ability of breast cancer cells to metastasize. Her work may help improve the ability of doctors to predict the risk of recurrence for patients, and to help them develop more targeted, effective treatments.

A few of the scientists -- all working on different projects -- have the environment in mind, and the country's energy future. At least three have come up with ways of using waste products as biofuel.

Representatives from across the continental United States -- and even some outside, like the award-winning Virgin Islands rocketry team -- are grateful for the exposure the White House Science Fair affords them, as well as the chance to visit to the nation's capital.

"This is our first time in the White House," Stephanie Bullock, from the Virgin Islands, said, glancing around at the crowded room of future tech movers and shakers. "You don't get opportunities like this every day."