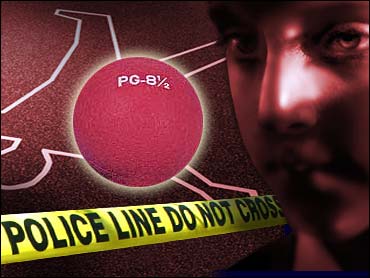 A 9-year-old girl fatally stabbed an 11-year-old girl in the chest with a kitchen knife during a fight over a ball, authorities said.

The 9-year-old, whose name wasn't released, was charged with manslaughter.

Police spokesman Paul J. Browne told The New York Times that he was "unaware of anyone younger implicated in such an act in New York City."

The victim, Queen Washington, 11, was pronounced dead at a hospital.

"She only stabbed her once. It went straight to the heart," Joyce Porter, Queen's grandmother, told WCBS-TV.

Washington's family says the godmother stepped out to borrow something from a neighbor, reports WCBS-TV's Hazel Sanchez. Police say Washington and her godmother's 9-year-old daughter got into a fight over a small toy ball, and the 9-year-old girl stabbed Washington in the chest

A spokesman for the Brooklyn district attorney's office said the case would go to family court because the girl is younger than 14.

In 1999, 12-year-old Lionel Tate became the youngest person in modern U.S. history to be sentenced to life in prison for the killing of 6-year-old Tiffany Eunick in Florida.

He won a new trial on appeal and went free in January 2004 under a deal that placed him under house arrest for a year followed by probation for 10 years. Now 18, he was arrested this month for allegedly holding up a pizza delivery man at gunpoint.