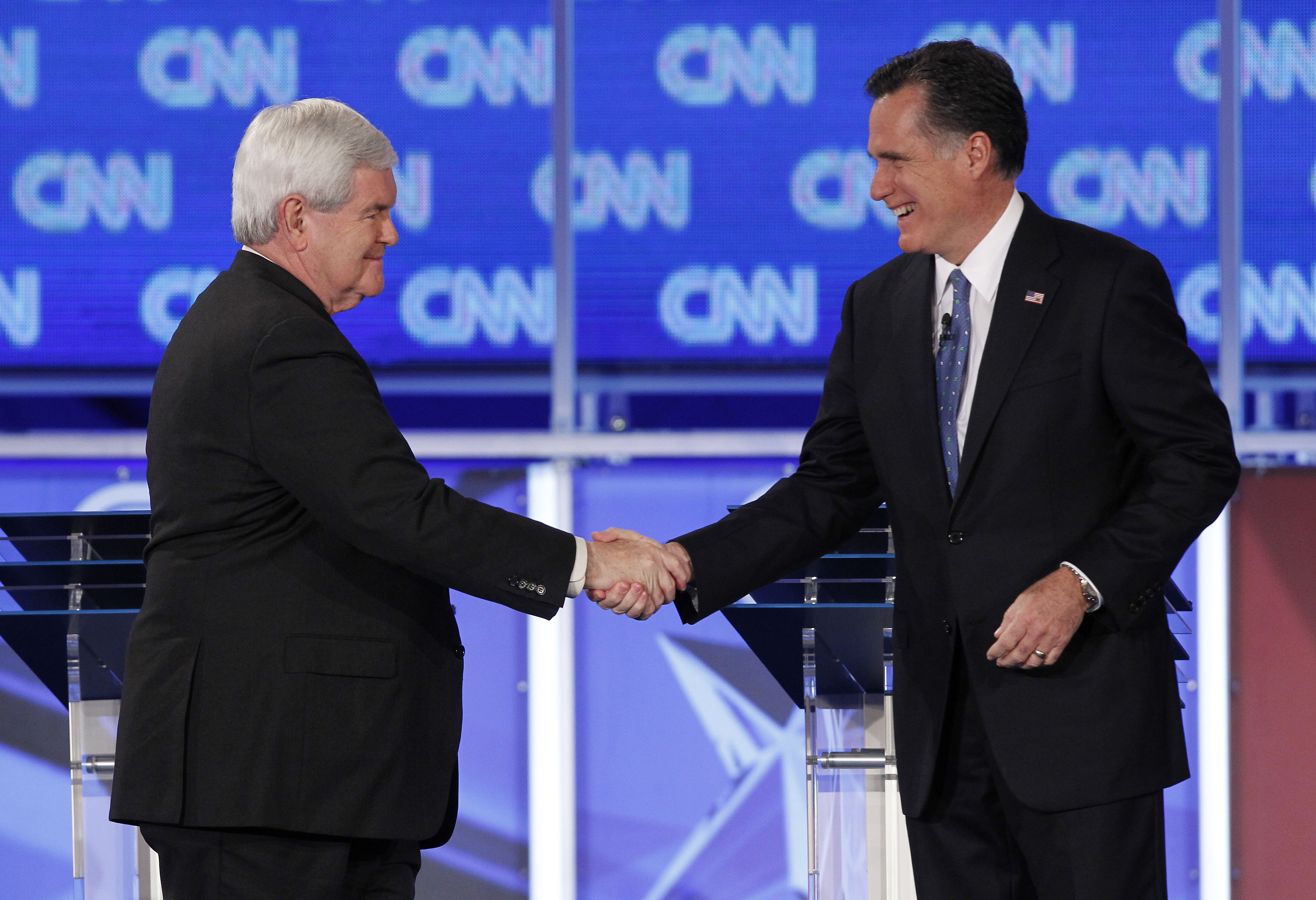 In a rare moment of unity at the CNN-sponsored debate in Jacksonville, Fla., former Massachusetts Gov. Mitt Romney and former House Speaker Newt Gingrich strongly sided with Israel, but each candidate took a slightly different method. Romney blamed President Obama and Gingrich blamed the Palestinians for the ongoing conflict in the Middle East.

The former governor said Mr. Obama "disrespected Benjamin Netanyahu," for announcing a major policy change the day before a bilateral meeting in the White House.

"I think he threw Israel under the bus with regards to defining the '67 borders as a starting point of negotiations," Romney said.

Mr. Obama announced in May of 2011 that the Mid-East peace process should be based on the borders of 1967, a stance in which the Israeli government is staunchly opposed because Israel's borders have grown since then, with new and growing settlements in Palestinian territory.

"I think he has time and time again shown distance from Israel, and that has created, in my view, a greater sense of aggression on the part of the Palestinians," Romney said. "I will stand with our friend, Israel."

Gingrich, Romney at each other's throats over immigrationGingrich hints at making Marco Rubio VPGingrich, Romney hit each other over involvement in Fannie Mae and Freddie MacRomney tells Gingrich: I'd fire you for your moon proposal

In one of the few times during this contentious debate, Gingrich agreed with Romney. "Governor Romney is exactly right."

Gingrich placed the blame for the long-standing stalemate in the peace process on the Palestinians.

"They can achieve [peace] any morning they are prepared to say, 'Israel has a right to exist, we give up the right to return, and we recognize that we're going to live side-by-side, now let's work together to create mutual prosperity,'" Gingrich said.

The former House speaker offered a strong stance that Presidents Obama, Bush, Clinton and others have refused to do - move the U.S. embassy in Israel. Its current location is meant to symbolize American neutrality in the peace talks.

"On the first day that I'm president, if I do become president, I will sign an executive order directing the State Department to move the embassy from Tel Aviv to Jerusalem to send the signal we're with Israel," Gingrich said.