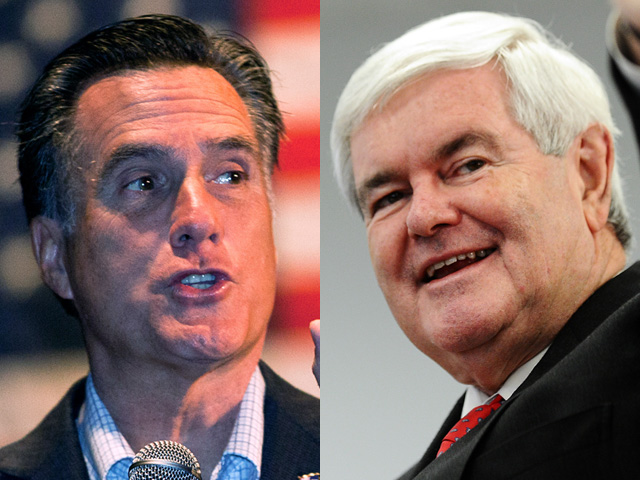 As a Republican presidential candidate, Newt Gingrich has been critical of the changes to the Massachusetts health care system Mitt Romney implemented as governor, but a recently surfaced 2006 newsletter shows Gingrich praised the law soon after it was passed.

"The health bill that Governor Romney signed into law this month has tremendous potential to effect major change in the American health system," reads an April 2006 essay, under the headline "Newt Notes." The essay was published in a newsletter from the Center for Health Transformation, a company Gingrich founded.

In his bid for the Republican presidential nomination, Romney has taken serious heat for the Massachusetts law, which included a requirement for all residents to have health insurance.

The plan was used a model for President Obama's signature legislative achievement, which also includes a mandate for individuals to buy health insurance. The requirement is one of the most controversial aspects of Mr. Obama's law.

Romney has stood by his state plan but says that he did not intend for it to serve as a national model.

Gingrich has also been criticized by many Republicans for his past support of the individual mandate, though he says he no longer supports the idea. This latest reminder of Gingrich's past health policy positions comes just one week before the Iowa caucuses, potentially dealing a blow to his campaign at the worst possible time.

"Newt previously supported a mandate for health insurance and changed his mind after seeing its effects," he said. "The real question is why Mitt the Massachusetts Moderate won't admit that health insurance mandates don't work."

Hammond said Gingrich is "more than willing" to discuss the Massachusetts health reforms with Romney in a one-on-one debate this week in Iowa.

In response to questions about the newsletter, Romney said today, "I'm familiar with the fact that [Gingrich] supported individual mandates in the past and was supportive of generally of the plan in Massachusetts, and he's changed his view in the election year."

Hammond said he didn't read the 2006 newsletter as praise of Romney's health care reforms but rather as an analysis.

"The newsletter critiqued several of Governor Romney's reforms and offered ways to improve" it, he said. "Offering constructive criticism is not an endorsement."

The newsletter offers a robust endorsement of the individual mandate with some caveats. "We agree strongly with this principle [of the individual mandate], but the details are crucial when it comes to the structure of this plan," it reads. Gingrich suggested limiting the mandate to those individuals earning more than $54,000 per year, and he warned that Massachusetts' many health care coverage regulations could hamper the system.

Gingrich's campaign points out that the former House speaker has given assessments of other health care plans, such as the plan Louisiana Gov. Bobby Jindal put forward as a congressman in 2007. In The Ouachita Citizen, Gingrich commended Jindal's support for ideas that promote more health insurance choices, such as creating a health insurance "exchange" for individuals and businesses to buy and sell insurance -- another element of Mr. Obama's health reforms.

While the issue of changes to the U.S. health care system has primarily plagued Romney's campaign, other GOP presidential contenders have attacked both Romney and Gingrich on the issue. In an interview with CBS News and the National Journal, Rep. Michele Bachmann called Gingrich "the father of the individual mandate" and blasted Romney for implementing "socialized medicine." When asked about the 2006 newsletter today, Bachmann said, "That is why I have been calling them 'Newt Romney' -- because neither of them are conservative."

The attacks appear to be taking a toll on Gingrich's standing in the polls. After taking a strong lead in national polls some weeks ago, a national CBS News poll released December 20 showed Gingrich tied with Romney. In Iowa, Gingrich has fallen into third place behind Romney and Rep. Ron Paul.