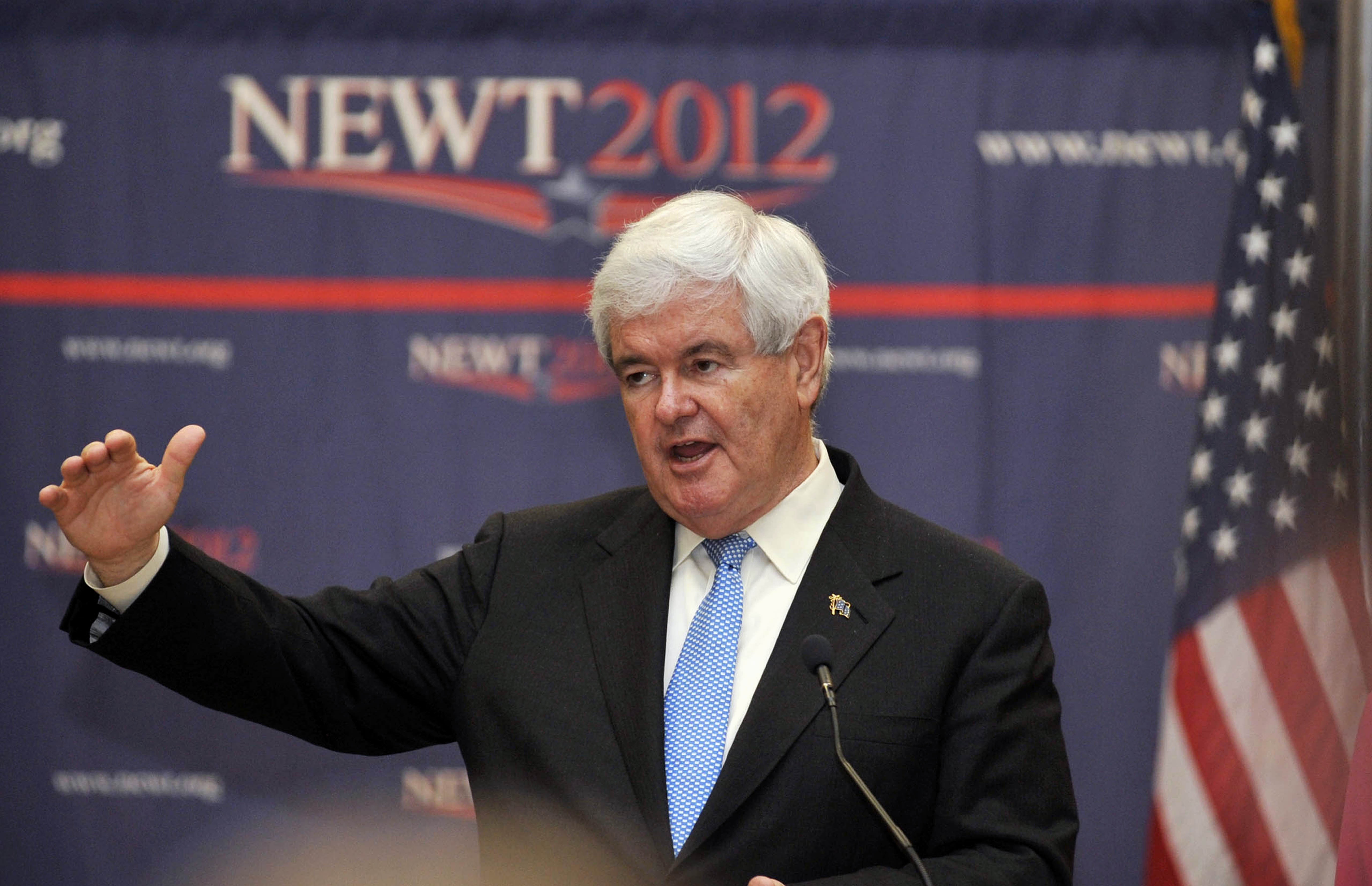 (CBS News) LAKE CHARLES, La. - After a Louisiana voter today called President Obama a Muslim during a question-and-answer session at a campaign stop, Republican presidential candidate Newt Gingrich chose to ignore the comment rather than correct the misstatement.

After speaking to an overflow crowd of over 200 people at the Harlequin Steaks and Seafood Restaurant, Gingrich opened the event to questions. A local man, Bob Nolan, of Lake Charles, began by making a comment about the president.

"I believe that Obama is not stupid," Nolan said to Gingrich. "I believe he knows exactly how the economy works, but I also believe that number one, he's a Muslim. Number two, he's a student of Saul Alinsky ... and I believe that it's his policy to bring this country to its knees and ruin the United States of America." Another man chimed in, "I believe that, too."

Gingrich paused for a brief moment before he answered, "I believe this is a president who prefers power to prosperity and who follows policies that centralize power in the government. And if the price of that is that we're poorer and we have fewer jobs and that we have less energy, that's fine with him. It's a price he'll pay. "

The former House speaker went on to address the man's comment about the late Saul Alinksy, a leftist political organizer, but he did not mention the comment that Obama is a Muslim.

"I agree with you about Alinsky," Gingrich said. "I think he's driven by a radicalism to remake America and he doesn't frankly care what level of pain it costs the rest of us."

Obama's religious faith is Christian. Asked later why Gingrich did not correct the misstatement of fact, spokesman R.C. Hammond said, "The guy asked a question and he answered it. It was not done intentionally. Someone in Louisiana asked a question, he answered it. That's all there is to it. Newt, on numerous occasions in public town hall venues, has stated that President Obama is an American, that any discussion of his birth certificate is silly. He has said several times on national television and venues that he believes President Obama is a Christian. And he's also said several times he also believes President Obama is a nice guy."

The moment for Gingrich was reminiscent of 2008, when GOP presidential candidate John McCain was told by a Minnesota voter that she could not trust Obama, then the Democratic nominee, because she thought he was an "Arab."

But McCain did correct the woman's statement, saying, "No, ma'am, he's a decent family man, a citizen who I just happen to have disagreements with on fundamental issues. And that's what this campaign is all about."