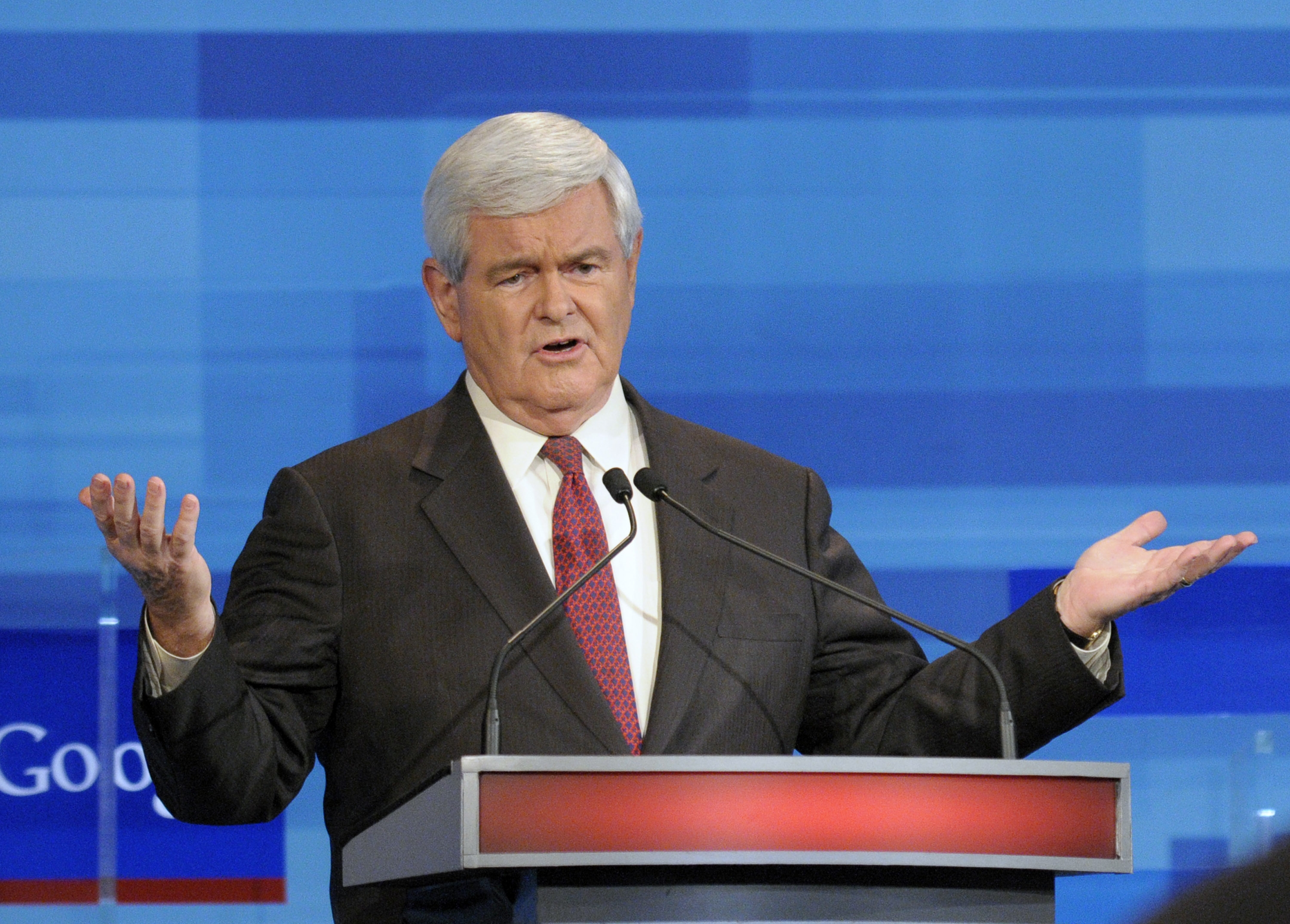 MYRTLE BEACH, S.C. - Republican presidential candidate Newt Gingrich said Saturday that the "grotesque failure" of current U.S. policy in the Middle East may have resulted in an "anti-Christian spring."

The former speaker of the House claimed that the number of Christians in Iraq fell from 1.2 million to 500,000 since the American invasion in 2003, and that Christianity is under assault elsewhere in the region.

"This is why the current strategy in the Middle East is such a total grotesque failure," Gingrich told about 200 people gathered at the Chesterfield Inn. "People say, 'Oh, isn't this great, we're having an Arab spring.' Well, I don't know, I think we may in fact be having an anti-Christian spring. I think people should take this pretty soberly."

Gingrich was referring to the recent domino-effect uprisings that are challenging longtime autocratic regimes in the Middle East, which has become known as the Arab spring. As president, Gingrich said, "I would actively try to defend religious liberty across the planet, including in Egypt and Iraq."

The Arab spring began this year, long after Christians began fleeing Iraq in the wake of the U.S. invasion. And, pro-democracy activists in Egypt blame pro-military forces for inciting attacks on Coptic churches as a way of creating division between Christians and Muslims and tightening the military's grip on power by allowing it to continue emergency martial law.