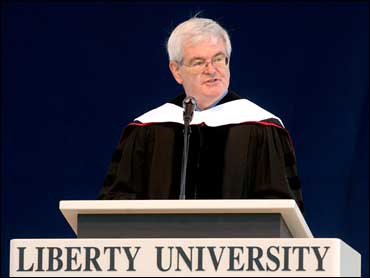 This column was written by former House Speaker Newt Gingrich.

"We don't have problems, just solutions."

This was the motto of Rear Admiral Eugene Fluckey, the man responsible for destroying more tonnage of Japanese shipping than any other submarine commander during World War II. I can't think of a phrase that better explains the can-do spirit of America, the attitude that propelled our country to be the powerful and wealthy country in history.

Americans still clearly possess this same can-do spirit. More small businesses and scientific breakthroughs are produced in America than anywhere else in the world. However, there is a growing gap between the world that works - the innovation and efficiency that (with some notable exceptions) we see in the private sector - and the world that fails — the exponentially expanding parade of waste and incompetence with which we suffer from our government bureaucracies.

This massive gap in performance didn't always exist and it need not exist to such an absurd degree.

The transcontinental railroad was completed in six years. Today, it takes twenty-three years to add a runway to the Atlanta airport.

Chicago, San Francisco, and Galveston were rapidly rebuilt largely with private money after turn of the century disasters devastated the cities. Today, much of New Orleans looks not altogether different than it did immediately after the flood waters receded despite billions of taxpayer dollars spent.

The 1.1. mile Zion-Mt. Carmel Tunnel in Zion National Park was completed in less than three years. The so-called "Big Dig" in Boston took so long that soon after it was completed, it already needed repairs.

The Manhattan Project took two years, eleven months and three days. Neil Armstrong took the first steps onto the lunar surface a mere six years, ten months, and eight days after President Kennedy vowed to put a man on the moon. There is currently no comparable effort to achieve energy independence and NASA has just announced a thirty year plan to get to Mars.

More disturbingly, it took America less than five years after Pearl Harbor to mobilize, build the largest Navy the world have ever seen, and then fight and defeat our enemies. We are now approaching the six year anniversary of 9/11 and still struggling as a nation not only to define a strategy for victory, but to define who it is we are fighting.

It is clear that the machinery of government is broken. It's been so corroded by red tape and the bureaucratic self-preservation of members of permanent government that we are reaching a crisis of competency in our government's capacity to execute its core functions.

This is a serious threat to America's position as the most powerful country in the world. As a conservative, I am dubious of government's attempts to do what should be left to the private sector. However, I am adamant that in the areas government is involved, we should insist on the same performance standard we expect in everyday life.

This standard is simple: more choices of higher quality at lower cost with greater convenience.

We must bring the principles that have built America and made it great — hard work, entrepreneurialism, innovation, and optimism — to our greatest national challenges: a national security system that doesn't fail our fighting men and women; an immigration system that enforces the law now; a "green conservative" energy security policy; schools that prepare children for success, not prison; and a healthcare system focused on patients, not process.

On Monday, July 23, at the U.S. Chamber of Commerce in Washington, D.C., I will outline a core set of principles and metrics to begin the migration of government from the world that fails to the world that works. The presentation will be webcast live on www.americansolutions.com starting at noon, ET. In keeping with Admiral Eugene Fluckey's quintessentially American motto, I hope you'll join me so that we may together develop American solutions to problems facing America.
By Newt Gingrich
Reprinted with permission from National Review Online