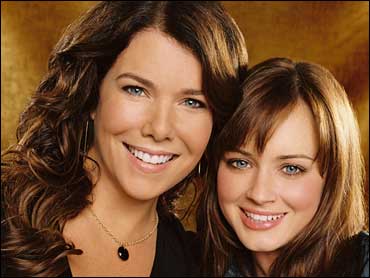 "Gilmore Girls," the saga of an independent mother and daughter that helped strengthen the young WB network, will end its run after seven seasons.

The show, which last year moved to the CW network created by the merger of WB and UPN, will air its final episode May 15 at 8 p.m. EDT, CW and producer Warner Bros. Television announced Thursday.

"Gilmore Girls," starring Lauren Graham and Alexis Bledel and created by Amy Sherman-Palladino, "helped define a network and created a fantastic storybook world featuring some of television's most memorable, lovable characters," CW and the studio said in a joint statement. They thanked fans for their "passionate support" promised to give the show "the send-off it deserves."

Ratings had dipped this season for the series, which lost Sherman-Palladino as its guiding hand because of a contract dispute.

The drama with comic overtones followed the lives of single mom Lorelai Gilmore (Graham) and her equally bright and beautiful daughter as they grew up together, struggled through romances and tried to find their place in the world.

Rapid-fire patter, the series' hallmark, delighted fans but took a toll on its cast.

"Getting the language perfect requires a number of takes that you might not have on another show," Graham told The Associated Press in January. "It's just a lot of work — 13, 14 hours door to door. I've missed weddings, I've missed babies being born. I'm not complaining, because of what it has brought me, but I would be ready for a different balance."

Sherman-Palladino and her husband and fellow executive producer, Daniel Palladino, left after failing to come to terms with the studio on a new deal, and the series struggled creatively and in the ratings this season.

The April 24 episode drew fewer than 4 million viewers, down about 25 percent compared to the same time last year.