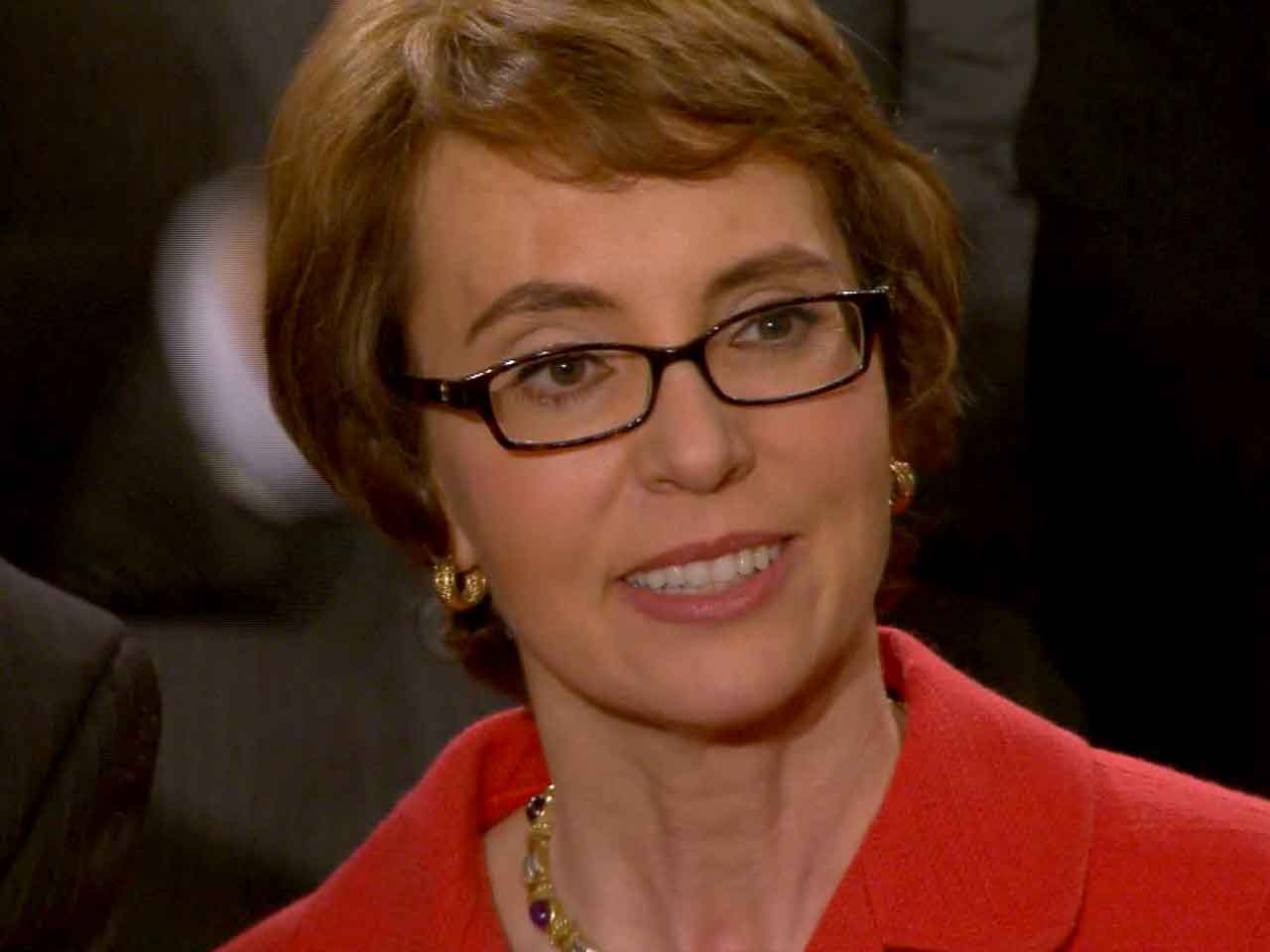 Rep. Gabby Giffords received a standing ovation when she arrived to the State of the Union on Tuesday evening. Smiling and bespectacled in a red suit, Giffords seemed to briefly acknowledge the applause before settling into her seat. She was later hugged and kissed on the cheek by President Obama on his walk to the podium.

Her attendance at the State of the Union will prove to be one of her last official acts as a congresswoman, as her office announced in a statement before the speech that she will resign from Congress on Wednesday because, she said, she wants to "do what is best for Arizona."

"I will recover and will return," she said in the statement.

Her office said saying she will submit her letter of resignation on Wednesday, after representing Arizona for five years in the House.

Giffords' final act in Congress - before her resignation goes into effect at the end of the day - will be to vote Wednesday on a bill that imposes tougher penalties on smugglers who use small, low-flying aircraft to avoid radar detection and bring drugs across the Mexican border.

The Democratic congresswoman introduced the legislation along with fellow Arizonan, Republican Jeff Flake. It's similar to a version that easily passed the House in 2010 but did not make it through the Senate. Her office said the current law allows defendants who use ultra-light, single-seat planes to get a lesser penalty than those who use cars or other types of planes to smuggle drugs.

Giffords' resignation letter ends with a plea for bipartisanship, according to the statement from her office.

"A lot has happened over the past year," she said. "We cannot change that. But I know on the issues we fought for, we can change things for the better. Jobs, border security, veterans. We can do so much more by working together."