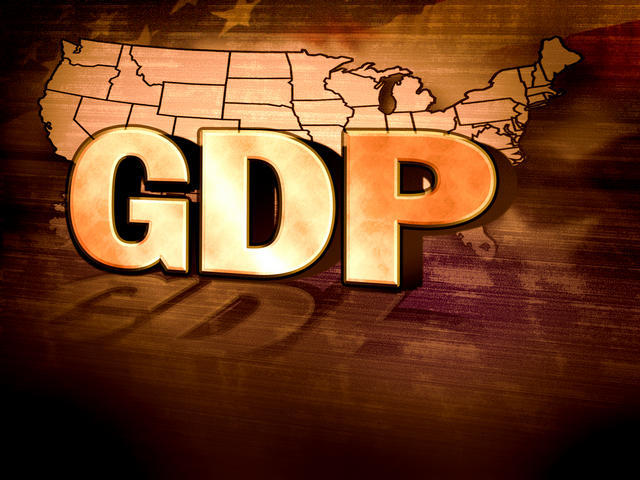 (MoneyWatch) Earnings reports, regional manufacturing surveys and housing reports are all a warm-up for Friday's GDP report. The past few weeks of data have not been encouraging: The U.S. economy has added only an average of 75,000 jobs a month for the past three months; retail sales have fallen for three consecutive months; U.S. manufacturing contracted for the first time since the recession ended in 2009; and the JPMorgan Global Manufacturing PMI also fell below 50.

Federal Reserve Chairman Ben Bernanke's statement that "economic activity appears to have decelerated somewhat during the first half of this year" feels like the biggest understatement of the week. How bad was the second quarter? We'll find out when GDP is released on Friday. Economists and analysts expect that the economy grew between 1 and 1.5 percent, following Q1's 1.9 percent and 2011's 1.7 percent.

The period of contraction is not so far away (2008 was down 0.3 percent and 2009 dropped by 3.5 percent) that we don't appreciate even some growth, but the economy is approaching what some are calling stall speed. Remember that from 1947 until 2010 the average quarterly U.S. GDP Growth was 3.3 percent, so the current level of activity is far below the norm and too close to zero for anyone's comfort.

Even so, Chairman Bernanke told the House Financial Services Committee "At this point we don't see a double dip recession. We see continued moderate growth." Some might swap the word rotten for moderate. The economy needs to grow by at least 2.5 percent annually to create momentum for employers, who will then in turn hire more workers. But with growth stuck in neutral, it's hard to find a good case for an uptick in hiring, no matter how much the Fed tell us that it is "prepared to take action as needed to try to make sure that we see continued progress on employment."

THE WEEK AHEAD: Besides GDP, it's all about earnings. Apple is expected to shine again, with a 33 percent spike in quarterly profits. Facebook announces results on Thursday, after tumbling 24 percent from its IPO price.