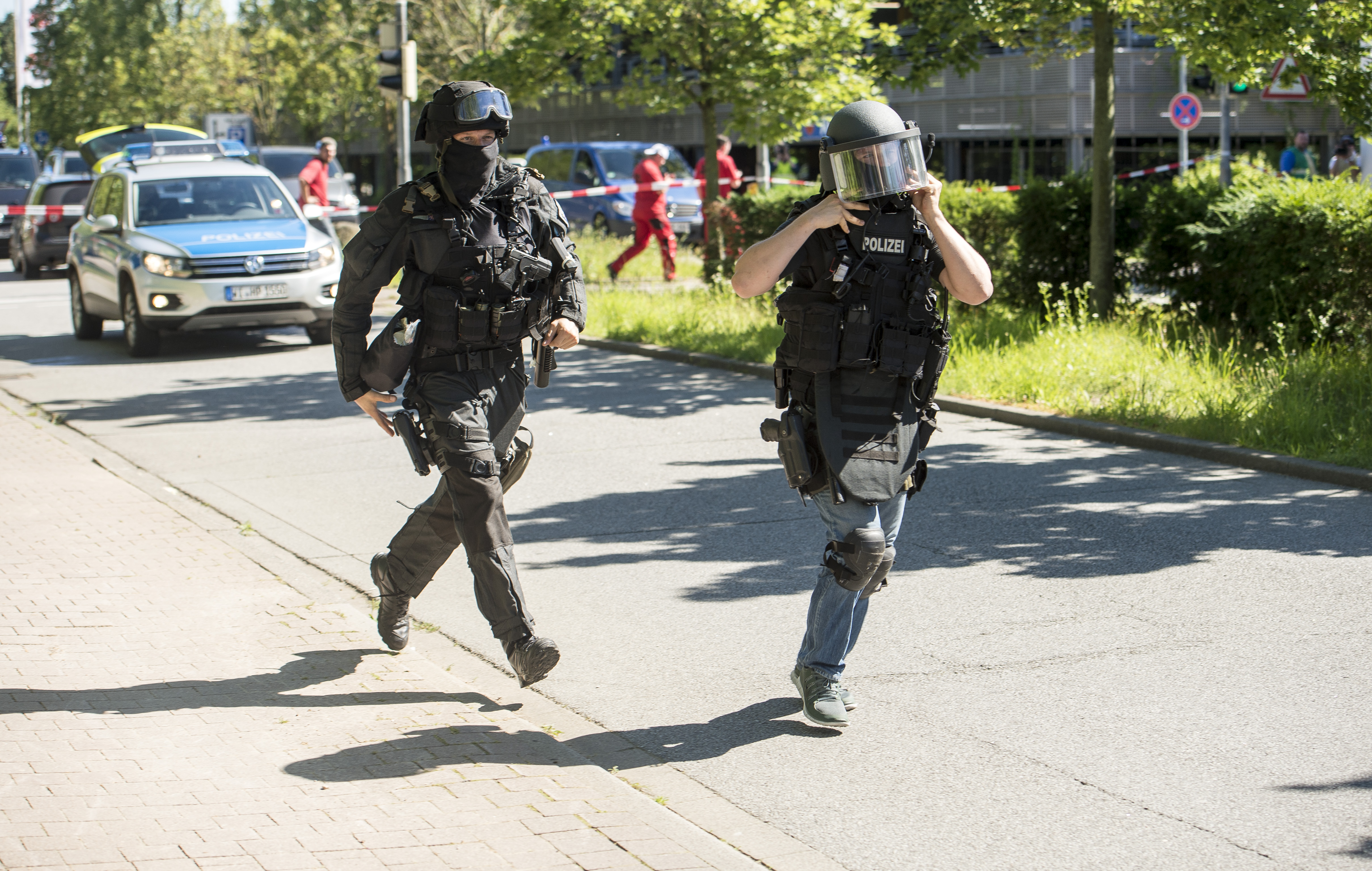 BERLIN -- A masked man was shot dead Thursday after entering a movie theater in southwestern Germany with what appeared to be a rifle and taking several hostages, police told CBS News. No one else was hurt.

The armed man entered the Kinopolis movie theater in the town of Viernheim in the early afternoon and apparently fired a gun.

Officers "successively entered the cinema and were able to locate the man and the people he was holding," Kobus told The Associated Press. "There was a threat situation and the man was then shot dead by a colleague."

Police said that the deployment lasted about three hours. There were no other injuries, Kobus said.

She added that she had no information on the assailant's identity and motives.

Another police spokesman, Bernd Hochstaedter, said that "there are no indications at present of an Islamist background."

Hesse state's interior minister, Peter Beuth, said it wasn't clear whether the weapon was functional, and police said they were still checking that. Beuth told the regional legislature in Wiesbaden that the man was masked and that apparently four shots were fired.

Beuth said the man had given a confused impression, news agency dpa reported.

Nina Reininger, a prosecutor in nearby Darmstadt, said her office was investigating but she has no information so far on the attacker's identity.

The Kinopolis, a multiplex theater, is located in a shopping mall in Viernheim, which is near the city of Mannheim. The incident happened on a hot summer afternoon and the cinema appears to have been relatively empty at the time.

Norbert Schaetzle, a spokesman for police in the nearby city of Mannheim, said the police force there was not directly involved in the incident, but had sent officers to support their colleagues in the town.