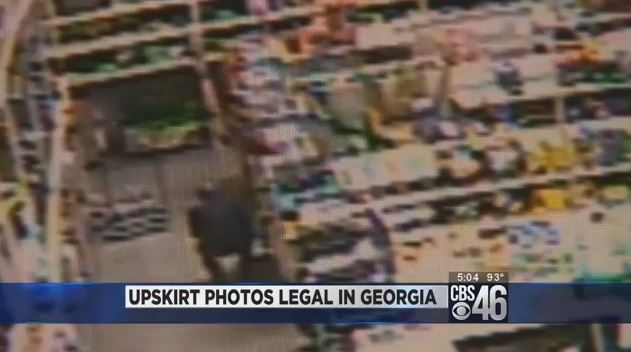 ATLANTA - A man admitted he surreptitiously took cellphone video up a woman's skirt while she shopped at a grocery store, but a Georgia court said he didn't break the law.

A divided Georgia Court of Appeals this month tossed out the conviction of former grocery store employee Brandon Lee Gary, who recorded videos up a woman's skirt - known as "upskirting" - while she shopped. The 6-3 majority opinion said Gary's behavior, while reprehensible, doesn't violate the state's invasion of privacy law, under which he was prosecuted.

In a ruling issued July 15, Judge Elizabeth Branch said it is "regrettable that no law currently exists which criminalizes Gary's reprehensible conduct."

"Unfortunately, there is a gap in Georgia's criminal statutory scheme, in that our law does not reach all of the disturbing conduct that has been made possible by ever-advancing technology."

In 2014, a Massachusetts man's conviction for taking upskirt photos was also overturned by the state Supreme Judicial Court, largely also because of technicalities in the law.

In a strongly worded dissent, Judge Amanda Mercier argued there is no gap in the law and that Gary's actions were clearly illegal.

Numerous residents of Atlanta told CBS affiliate WGCL-TV they were deeply troubled by the ruling.

No one disputes the facts of the case: Gary aimed his cellphone's camera up the woman's skirt at least four times as she walked through the aisles of a Publix grocery store in Houston County, about 100 miles south of Atlanta.

An indictment charged him with violating the state's invasion of privacy law, which prohibits "the use of any device, without the consent of all persons observed, to observe, photograph, or record the activities of another which occur in any private place and out of public view."

Whether Gary's behavior violates that law hinges on how the word "place" is interpreted.

The law defines a place as a physical location, not an area of the body, the majority opinion says. The appeals court also agreed with Gary's lawyers, who argued that because the recording happened in a grocery store that is open to the public, it cannot be considered private and out of public view.

In the dissenting opinion, Mercier argues that "with the stroke of a pen" the court is negating privacy protections by narrowly interpreting place in a way that excludes a person's body.

"As the victim's genital area was not exposed to the public, it was out of public view and the victim had a reasonable expectation of privacy in the area under her skirt," Mercier wrote.

The majority opinion calls Gary's behavior offensive but says it is not prohibited by law. It is up to the state's lawmakers to fix the problem, Branch wrote. Lawmakers in other states have recognized that existing laws didn't criminalize actions like Gary's and created voyeurism statutes to prohibit such behavior, according to a footnote in Branch's opinion.

Chuck Spahos, who heads the Prosecuting Attorneys Council of Georgia, told The Atlanta Journal-Constitution that his group plans to draft legislation to solve the problem. State Rep. Rich Golick, a Republican who chairs the House Judiciary Non-Civil Committee, told the newspaper he would welcome such a bill. And State Sen. Vincent Fort, a Democrat, told CBS affiliate WGCL-TV he plans to make sure the law is fixed during the next legislative session, which begins in January.

Tanya Washington, a GSU law professor, told WGCL the ruling is a setback for privacy rights.

"You've just given people a license to continue this kind of conduct," said Washington, adding that waiting until next year to fix the problem in the legislature is bad.