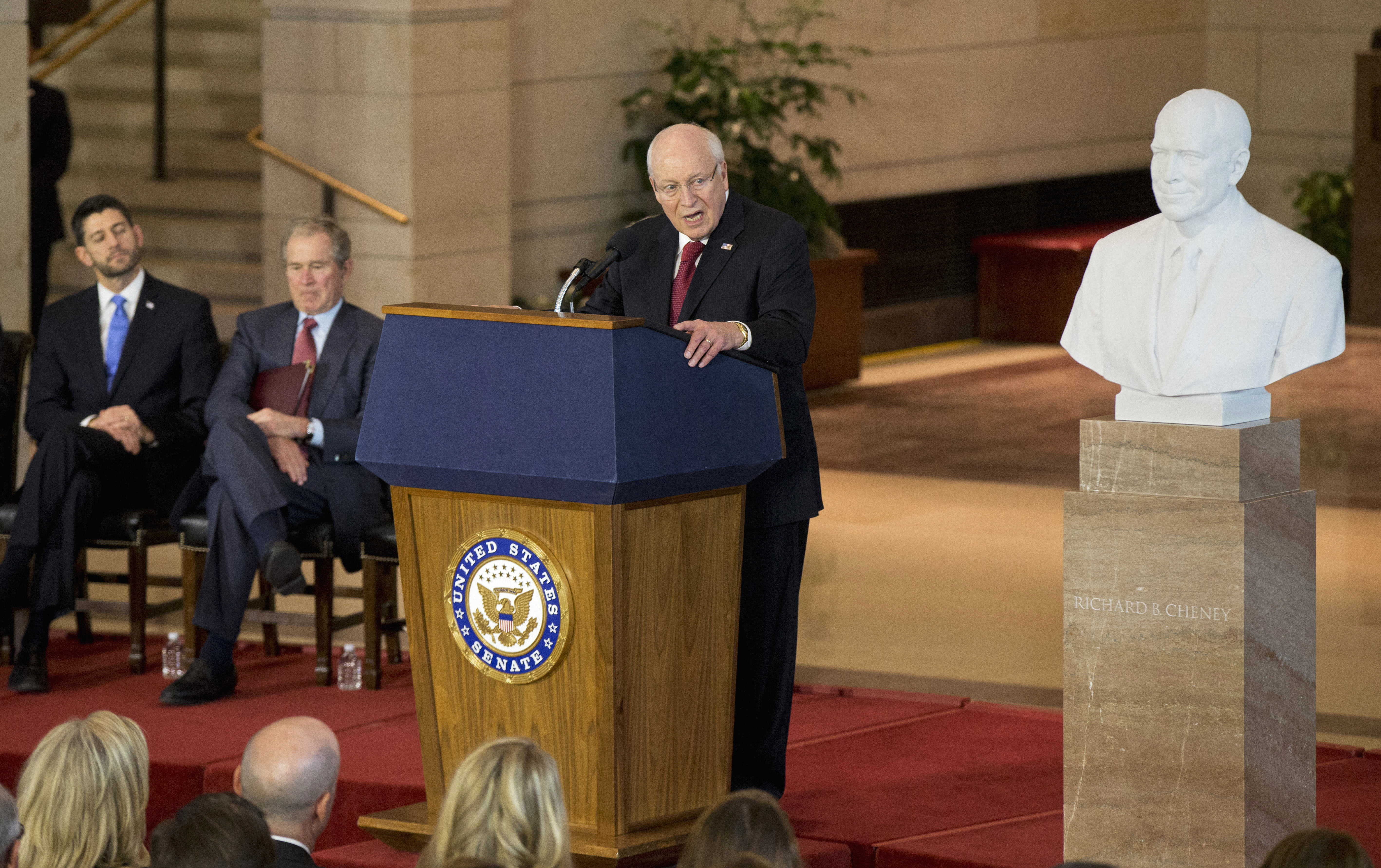 Full of humor and praise, former President George W. Bush and his vice president, Dick Cheney, reunited at the U.S. Capitol on Thursday to unveil a marble bust of Cheney.

At a ceremony also attended by Vice President Joe Biden and Republican leaders of Congress, the 43rd president and 46th vice president used their rare joint appearance to reflect on the past, not dwell on the present.

It came at a moment of political turmoil and frightening security threats, and as Bush's younger brother Jeb lags in the 2016 presidential race. None of those pressures was evident in Emancipation Hall as Cheney's wife Lynne, and many grandchildren watched on.

George W. Bush joked that upon learning of the event, his father, former President George H.W. Bush, "perked up, and he said, 'send my best regards to old iron-ass." That's an apparent reference to revelations in a new biography of the older Bush in which he questioned Cheney's influence over George W. Bush and referred to Cheney as an "iron-ass."

There was no sign of tension between the younger Bush and Cheney as they heaped praise on one another Thursday. Cheney said he admired Bush without reservation; Bush thanked Cheney for standing by him for eight years.

As Cheney smiled, Bush called his father's remark a "badge of honor" and said he had "asked me to give you his heartfelt congratulations and thanks for selfless service."

The bust of the former vice president was sculpted by William Behrends and shows Cheney gazing ahead with a thoughtful expression and hint of his characteristic close-lipped smile. It will join other vice presidential busts that are displayed in the Senate, a tradition deriving from the vice president's role as president of the Senate.

Cheney, now 74 and having survived several health scares, waxed almost sentimental toward the end of remarks, reflecting upon his parents and saying he hoped to be remembered as a "believer in America."