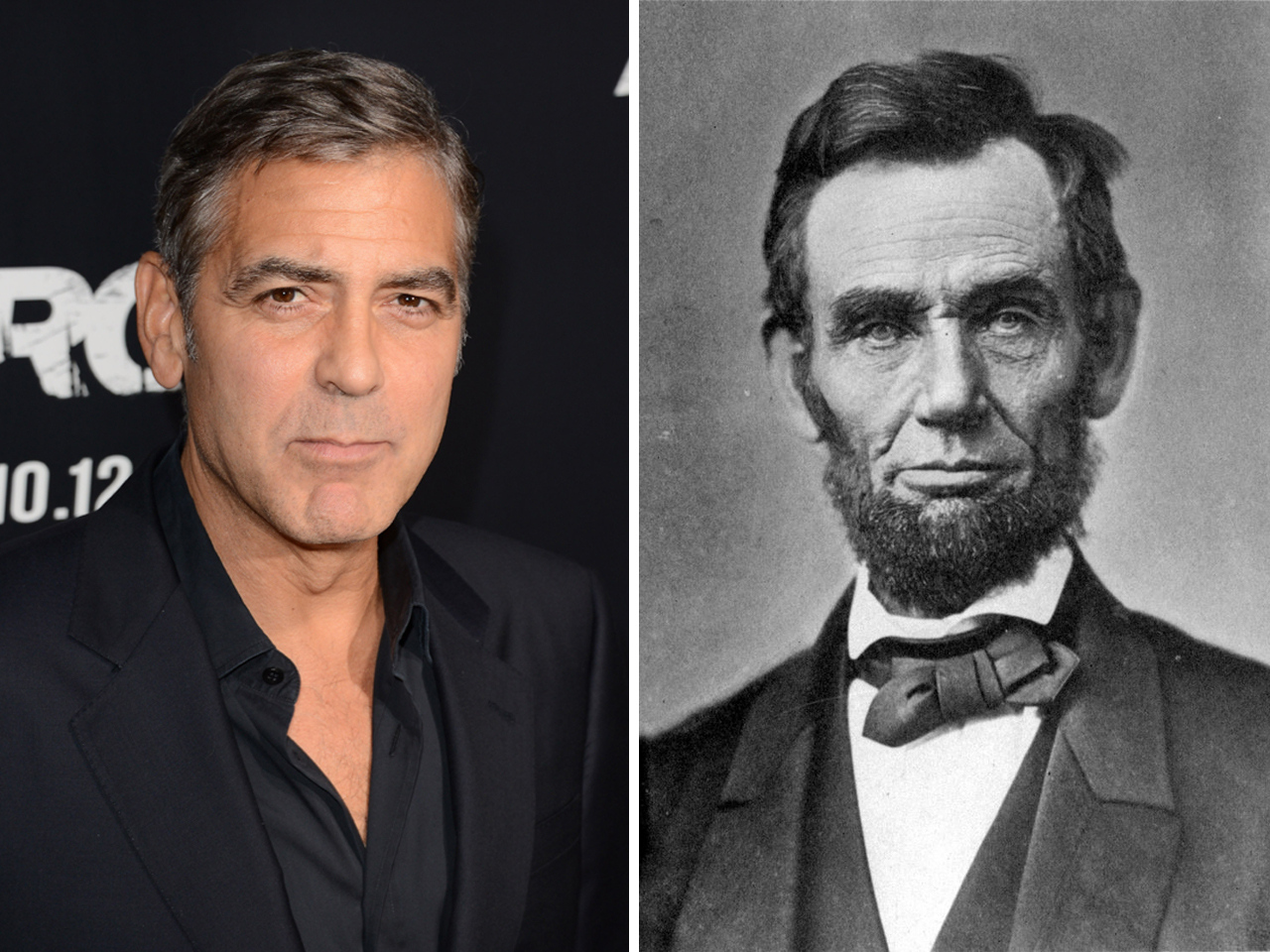 George Clooney has said he has no plans to run for office, but the actor apparently has politics in his blood.

The men are connected through Lincoln's maternal grandmother, Lucy Hanks, according to the website, which says Clooney is the 16th U.S. president's half-first cousin five times removed.

The Oscar-winner, 51, also has another famous relative in his family tree -- his aunt was singer and actress Rosemary Clooney, who died in 2002.

Ancestry.com researchers discovered the Lincoln-Clooney connection while looking into the assassinated president's lineage in celebration of Steven Spielberg's upcoming film "Lincoln," according to People. The movie, which comes out next week, stars Daniel Day-Lewis in the title role.

The genealogy website is offering a look at Lincoln's history, including letters, photos and other documents, on its website in advance of the film's release.