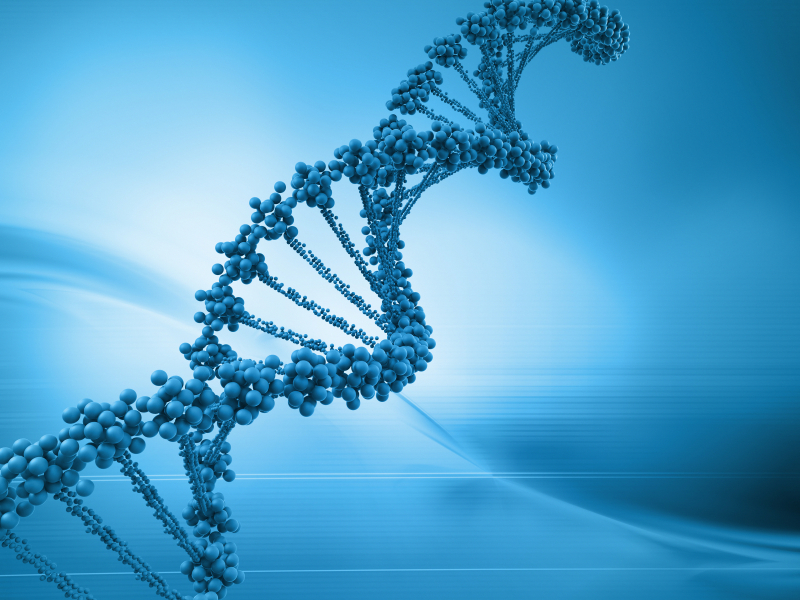 Thuy Truong thought her aching back was just a pulled muscle from working out. But then came a high fever that wouldn’t go away during a visit to Vietnam. When a friend insisted Truong, 30, go to an emergency room, doctors told her the last thing she expected to hear: She had lung cancer. Back in Los Angeles, Truong learned the cancer was at stage 4 and she had about eight months to live.

“My whole world was flipped upside down,” says Truong, who had been splitting her time between the San Francisco Bay Area and Asia for a new project after selling her startup. “I’ve been a successful entrepreneur, but I’m not married. I don’t have kids yet. [The diagnosis] was devastating.”

Doctors at the University of Southern California took a blood sample for genetic testing. The “liquid biopsy” was able to detect tumor cells in her blood, sparing her the risky procedure of collecting cells in her lungs.

Genetic sequencing allowed the lab to isolate the mutation that caused her cancer to produce too much of the EGFR (epidermal growth factor receptor) protein, triggering cancer cells to grow and proliferate. Fortunately, her type of mutation responds to EGFR-targeting drugs, such as Tarceva or Iressa, slowing tumor growth.

Unlike chemotherapy, which blasts all fast-growing cells in its wake, targeted treatments go after specific molecules. That makes them more effective at fighting particular types of cancers, including breast, colorectal and lung cancers. Now the approach is being expanded to fight an even broader range of cancers. It’s all part of a new wave in health care called personalized, or precision, medicine.

“This is the future of medicine,” says Dr. Massimo Cristofanilli, associate director for translational research and precision medicine at Northwestern University. “There is no turning back. The technology is available and there are already so many targeted therapies.”

Most medical treatments have been designed for the average patient, leading to a one-size-fits-all approach. But with vast amounts of data at their disposal, researchers now can analyze information about our genes, our family histories and other health conditions to better understand which types of treatments work best for which segments of the population.

This is a big deal. But it requires the know-how of geneticists, biologists, experts in artificial intelligence and computer scientists who understand big-data analytics. Several startups have already begun this work.

Deep Genomics, founded by researchers at the University of Toronto, uses AI to predict how genetic mutations will change our cells and the impact those changes will have on the human body. Epinomics, co-founded by scientists and physicians from Stanford University, is building a map of what turns our genes on and off, giving physicians a guide they could use to craft personalized therapies. And Vitagene, a small San Francisco startup, provides personalized advice on nutrition and wellness based on your DNA.

Just like Facebook learns to automatically recognize Aunt Martha in your family photos, Deep Genomics finds and categorizes patterns in genetic data. Once it’s found those patterns, the company’s deep learning system can infer if and how changes to your DNA affect your body.

That’s a big step forward compared with current genetic tests. Most can only give a probability of, say, getting breast cancer based on data from an entire population. Other tests can’t even tell you if the genetic changes they’ve detected mean anything.

The work is personal for Brendan Frey, CEO and co-founder of Deep Genomics and a professor at the University of Toronto. Fourteen years ago, he and his wife discovered their unborn baby had a genetic condition.

“We knew there was a genetic problem, but our counselor couldn’t tell us if it was serious or if it was going to turn out to be nothing,” Frey says. “We were plunged into this very difficult, emotional situation.”

The experience made Frey want to bridge the divide between identifying genetic anomalies and understanding what they mean.

Deep learning or machine learning -- when computers teach themselves as they see more data -- can also help doctors know which drugs will most effectively treat a patient’s illness and whether that person is more likely to experience side effects.

It can also help predict how cancer cells will mutate. And that can help drug companies come up with new treatments as tumor cells change and patients no longer respond to the drugs that worked.

That could help turn a disease like cancer into a manageable chronic ailment, says Cristofanilli.

Where Deep Genomics analyzes patterns in genetic data to predict when mutations will make you sick, Epinomics looks at epigenomics, or the study of what turns our genes on and off.

The company describes it like this: If your genome, which shows what genes we have, is the hardware of our bodies, then the epigenome is its software programming. Epinomics aims to decode that programming.

Every cell in the body carries the same genetic code. But cells in the heart, brain, bone and skin function differently based on this programming. It happens because chemical markers attach to DNA to activate or silence genes. These markers, known as the epigenome, vary from one cell type to another and are affected by both nature (inheritance) and nurture, which can include the air we breathe and the food we eat.

Researchers think a disruption to the epigenome can cause illnesses such as Alzheimer’s disease, diabetes or cancer. Understanding it could give physicians a guide to the best options for each patient, like having a GPS for treatments at the molecular level.

“We are focusing on what is happening at the programming level of each cell,” says Epinomics co-founder Fergus Chan. “Once we understand how genes are being turned on and off, we’ll be able to better predict which treatments will work or whether changes to lifestyle will have an impact on health.”

When Vitagene co-founder and CEO Mehdi Maghsoodnia asked a doctor what vitamins he should be taking, he was handed a bottle of pills and told to hope for the best.

That was the beginning of Vitagene, which uses genetic data and other health information culled from a detailed questionnaire to deliver a personalized nutritional supplement plan that lists which vitamins you need and in what doses, as well as what to avoid.

Maghsoodnia offers an alternative to the one-size-fits-all $27 billion US dietary supplement industry. Customers pay $99 to have their DNA tested and blood analyzed. And for $69 a month, Vitagene will package and ship supplements in dosages tailored to your individual needs.

The Food and Drug Administration estimates there are more than 85,000 dietary supplements on the US market, most of which are unregulated. Nearly all are “promising everything from anti-aging to weight loss, and no science behind it to tell you what works for you,” says Maghsoodnia. “We help filter through the noise.”

Vitagene’s algorithm has been tested on patients who’ve had bariatric surgery for weight loss, which often leaves them deprived of key nutrients. Vitagene helped develop a supplement regimen to get these patients the nutrition they need after surgery.

Precision medicine is in its early days.

This is especially true for psychiatry and its exploration of how the brain responds to the environment, stress and genetic disorders. Now several companies are selling tests to help psychiatrists select drug treatments by looking at patients’ DNA mutations and their metabolizing rate.

But critics caution that these genetic tests may be overselling their capabilities.

“Precision medicine has been very promising in oncology,” says Jose de Leon, a professor of psychiatry at the University of Kentucky who specializes in psychopharmacology. “But we know a lot more about cancer and how it works. In psychiatry, it’s much harder because we don’t know enough about how the brain works.”

Even so, Northwestern’s Cristofanilli cautions clinicians to stay grounded in reality. “It can be difficult to understand where reality becomes imagination,” he says. “We want to make sure we are protecting patients from claims that we may not deliver.”

For her part, Truong is grateful to benefit from the work that’s already been done. “I’m an engineer,” she says.

This story appears in the spring 2017 edition of CNET Magazine. For other magazine stories, click here.

Batteries Not Included: The CNET team reminds us why tech stuff is cool.