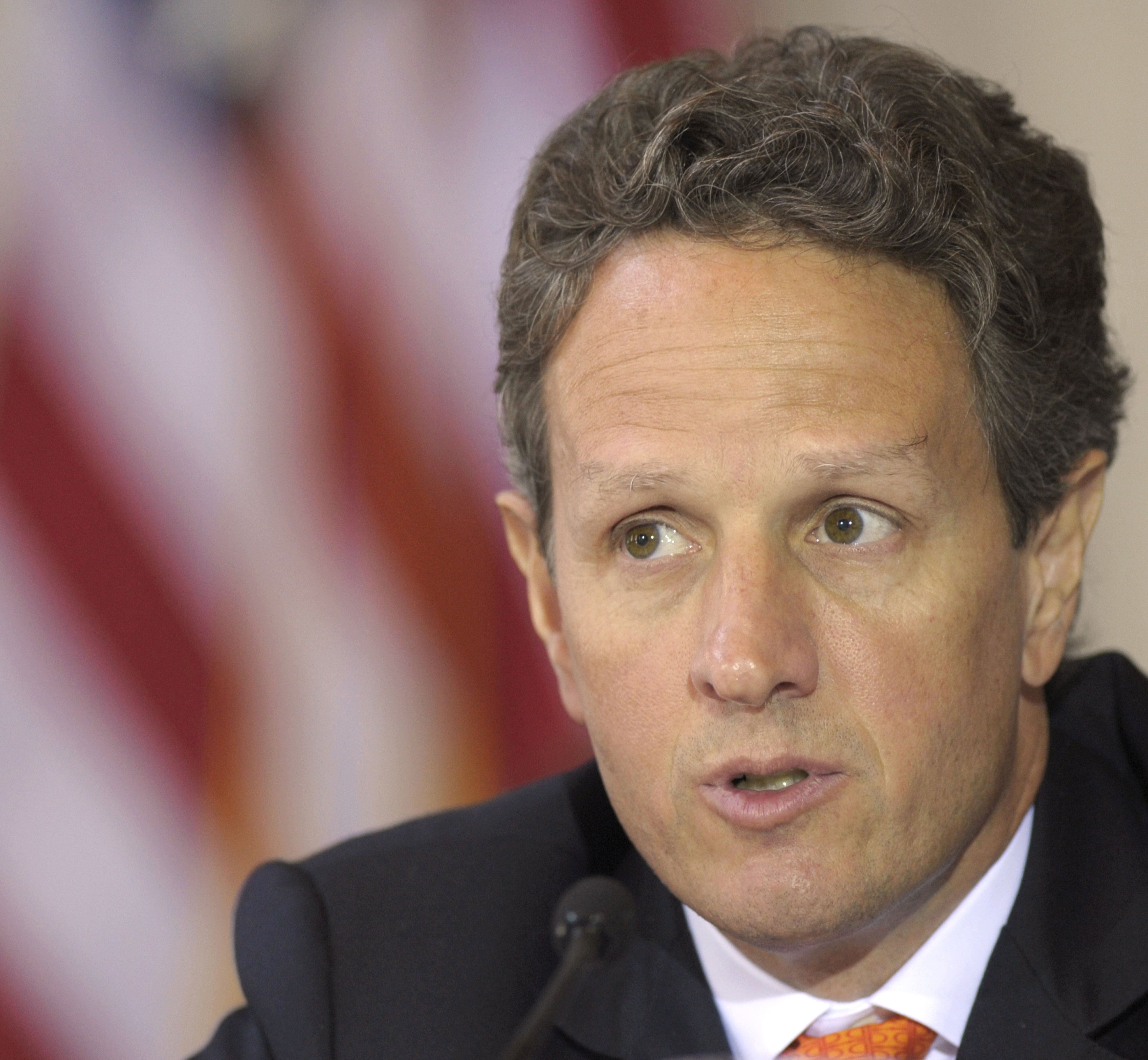 "The last time we fundamentally reformed the business tax code was more than 25 years ago," Geithner said in prepared remarks. "That was before the Internet, before the cell phone, before the rise of China and other emerging markets, before the latest expansion in global investment and trade, and before a global trend to lower corporate tax rates around the world. The current tax code was written for a different economy in a different era. It needs to be reformed and modernized."

The White House also would set a minimum tax on multinational corporations' overseas profits, a bid to discourage large U.S. companies from shifting operations abroad. The plan would offer an even larger tax cut for manufacturers, reducing the maximum effective rate -- how much businesses actually pay, rather than the nominal statutory rate -- to 25 percent. Tax preferences for energy companies, such as the right to deduct certain drilling costs associated with oil and gas exploration, also would be eliminated.

Obama would allow small businesses to expense up to $1 million in investments, an increase from the current limit of $500,000, and permit so-called cash accounting for companies with up to $10 million in annual gross receipts. Filing taxes also would be simplified in an effort to reduce compliance costs for smaller enterprises.

President Obama outlined the tax reform measures during his State of the Union address in January. In a statement today on the White House "framework" for corporate tax reform, he called the current system "outdated, unfair, and inefficient."

"That's why my administration released a framework for reform that simplifies the tax code, eliminates dozens of tax loopholes and subsidies, and promotes job creation right here at home," Obama said. "It's a framework that lowers the corporate tax rate and broadens the tax base in order to increase competitiveness for companies across the nation. It cuts tax rates even further for manufacturers that are creating new products and manufacturing goods here in America. Finally, because no company should be able to avoid paying its fair share of taxes by moving jobs and profits overseas, this framework includes a basic minimum tax for every multinational company."

Obama wants to revamp the corporate tax code while not increasing the federal deficit. Administration officials who shared details of the plan with reporters on Tuesday said it will not "add a dime to the deficit," according to Reuters. As a result, revenue raised by closing loopholes and subsidies for most businesses would largely go toward offsetting the cost of the new tax cuts for manufacturers and for additional incentives for research and development.

"The United States has a relatively narrow corporate tax base compared to other countries -- a tax base reduced by loopholes, tax expenditures, and tax planning," according to a document on the Treasury Department's website that laid out the case for changing the corporate tax code. "This is combined with a statutory corporate tax rate that will soon be the highest among advanced countries. As a result of this combination of a relatively narrow tax base and a high statutory tax rate, the U.S. tax system is uncompetitive and inefficient."

Yet while the administration provided details on certain elements of the tax plan, it only laid down broad principles for other aspects of reform. For instance, the White House wants to establish greater rate parity between large corporations and smaller companies, with its blueprint framing that goal "as a way to help improve equity, reduce distortions in how businesses organize themselves, and finance lower tax rates." Yet the proposal offers no specifics on how to level the playing field for big and smaller businesses, noting only that a "variety of ways to do this have been proposed."

That unwillingness to flesh out major aspects of the proposal may be partly by design. It puts the onus for filling in what are crucial, and contentious, details for improving the nation's corporate tax system on Congress.

"Some will say these proposals are too tough on business, and others will say that they're not tough enough," Geithner said. "Many will fight to preserve specific tax preferences and subsidies, but every preference Congress preserves for some requires the rest of America's businesses to pay a higher rate."

Whatever the administration's intentions, partisan gridlock in Washington and the looming presidential election likely nixes any chance of legislation being approved this year. Any effort to significantly change corporate taxes also would likely set lobbyists scrambling on Capitol Hill in order to preserve loopholes for given companies and industries. One likely area of debate: What kinds of companies would qualify for the lower tax rates afforded to manufacturers.

The proposal is likely to face stiff opposition from Republicans, who generally favor slashing corporate tax rates while keeping popular deductions. Republican presidential candidate Mitt Romney is expected on Friday to present his own blueprint for corporate tax relief. He has previously endorsed reducing the marginal rate from 35 percent to 25 percent and allowing U.S. multinationals to repatriate foreign earnings at a sharply lower rate, among other ideas.

The other frontrunner in the Republican primary race, former Pennsylvania Senator Rick Santorum, would target even steeper cuts in business taxes, dropping the top rate to 17.5 percent and eliminating federal income taxes for manufacturers altogether. In Congress, Rep. Dave Camp, R-Mich., chairman of the House Ways and Means Committee, last fall introduced a plan to revamp corporate taxes under which the top rate would fall to 25 percent and companies would not have to pay taxes on foreign profits.

Obama's tax overhaul also could see push-back from the other side of political spectrum, where liberal pundits have objected to cutting corporate tax rates. U.S. corporate income taxes as a share of GDP are the second-lowest among 26 developed economies, according to Citizens for Tax Justice, a left-leaning advocacy organization. Other critics argue that further reducing taxes is unlikely to induce corporations to create jobs, noting that companies are sitting on more than $1 trillion in cash.

"The corporate tax reform 'framework' released by the Obama administration today fails to raise revenue that could be used to make public investments in America's economy and America's future," the organization said in a statement. "We can and should collect more tax revenue from corporations. Right now, America's biggest and most profitable corporations are paying, on average, a ridiculously low amount in federal income taxes, and many of them are paying nothing at all."

Although the statutory corporate tax rate in the U.S. ranks second only to Japan among industrialized countries, effective rates are considerably lower, research shows. Between 1965 and 2009, corporate income taxes in the U.S. plunged from 4 percent of GDP to 1.3 percent. That compares with an average of 2.4 percent for nations in the Organization for Economic Cooperation and Development. Between 2000 and 2009, roughly 11 percent of federal revenues came from corporate taxes, down from nearly 30 percent in the 1950s.