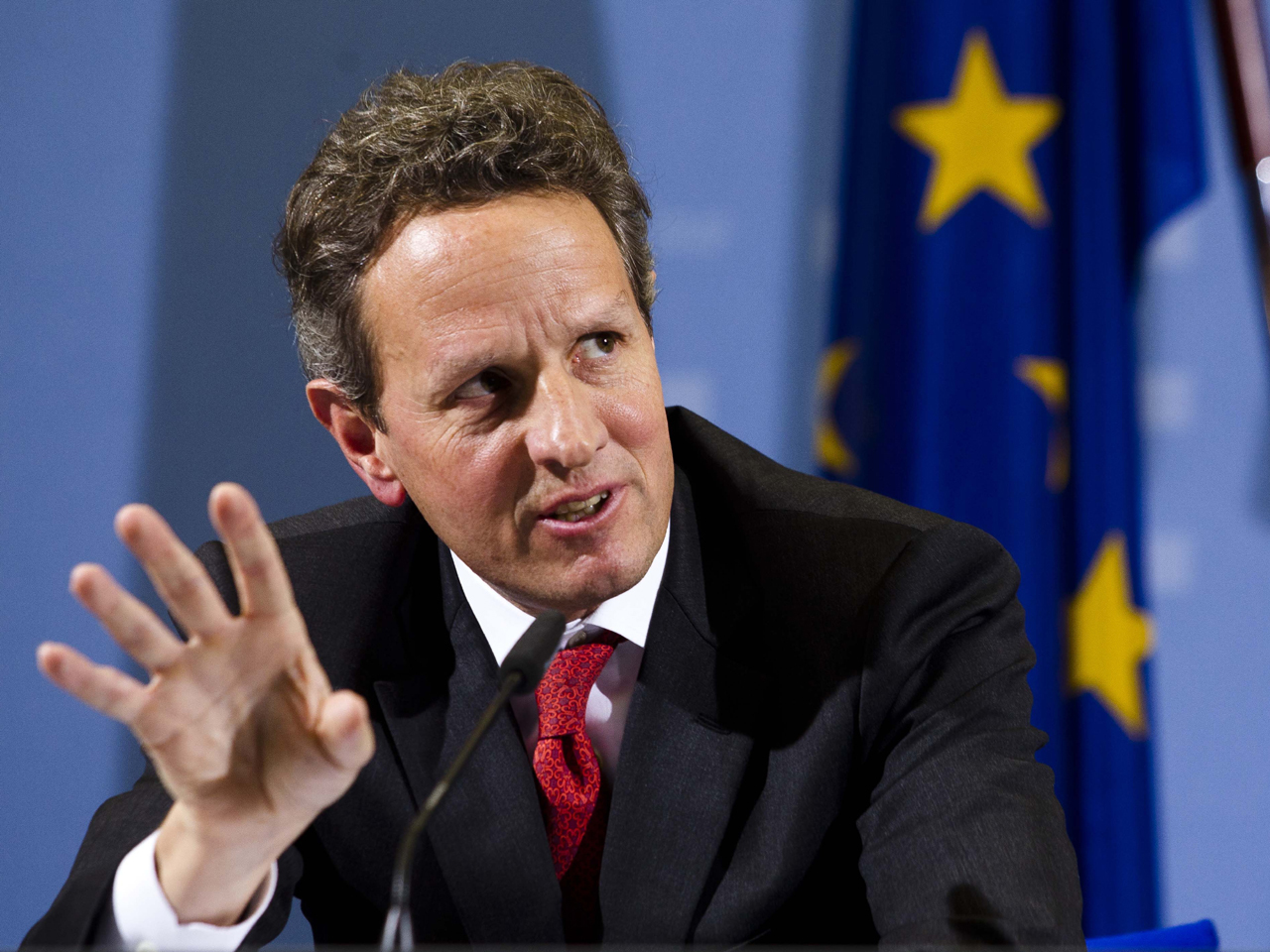 (CBS News) Treasury Secretary Timothy Geithner said the impending "fiscal cliff," massive tax increases and spending cuts set to take place at the end of the year, would "cause a lot of damage to the economy."

"Many people who look at this say that, yes, you'd at least get a recession out of this," Geithner told "CBS This Morning" co-host Charlie Rose, "because the cumulative size of those cuts -- tax increases and spending cuts -- are very, very large relative to the economy."

Geithner said he hopes Washington avoids a stalemate like the one in 2011 over the debt ceiling that nearly led to a government shutdown. He also said another alternative, putting the decisions off, are not advisable either.

"I think both options are untenable," he said. "I don't believe it is tenable to put the country through what we went through last August. I don't think it is possible for us and responsible for the elected leaders of the nation to try to defer these things indefinitely."

"I think they're seeing people show a little more realism about what's necessary," he said of Washington lawmakers.

Responding to criticism that he is too closely tied to Wall Street, Geithner said he is "deeply offended by that. I find that deeply offensive."

"Our job was to protect Main Street and the economy, the average American from the failures and the failing financial system. That is what we did, and that is a just and necessary thing, and to let it burn would have been much more damaging to Main Street than what we did," he said. "It's important for people to recognize that we are going to earn a positive return to the taxpayer on those investments we made."

Rose asked about a new book by Neil Barofksy, who was the former inspector general of the TARP program, called "Bailout," that suggests Geithner did little to address the foreclosure crisis. Geithner said stimulus effectively "pulled the economy back from the abyss," which he said was "absolutely necessary" for saving the economy.