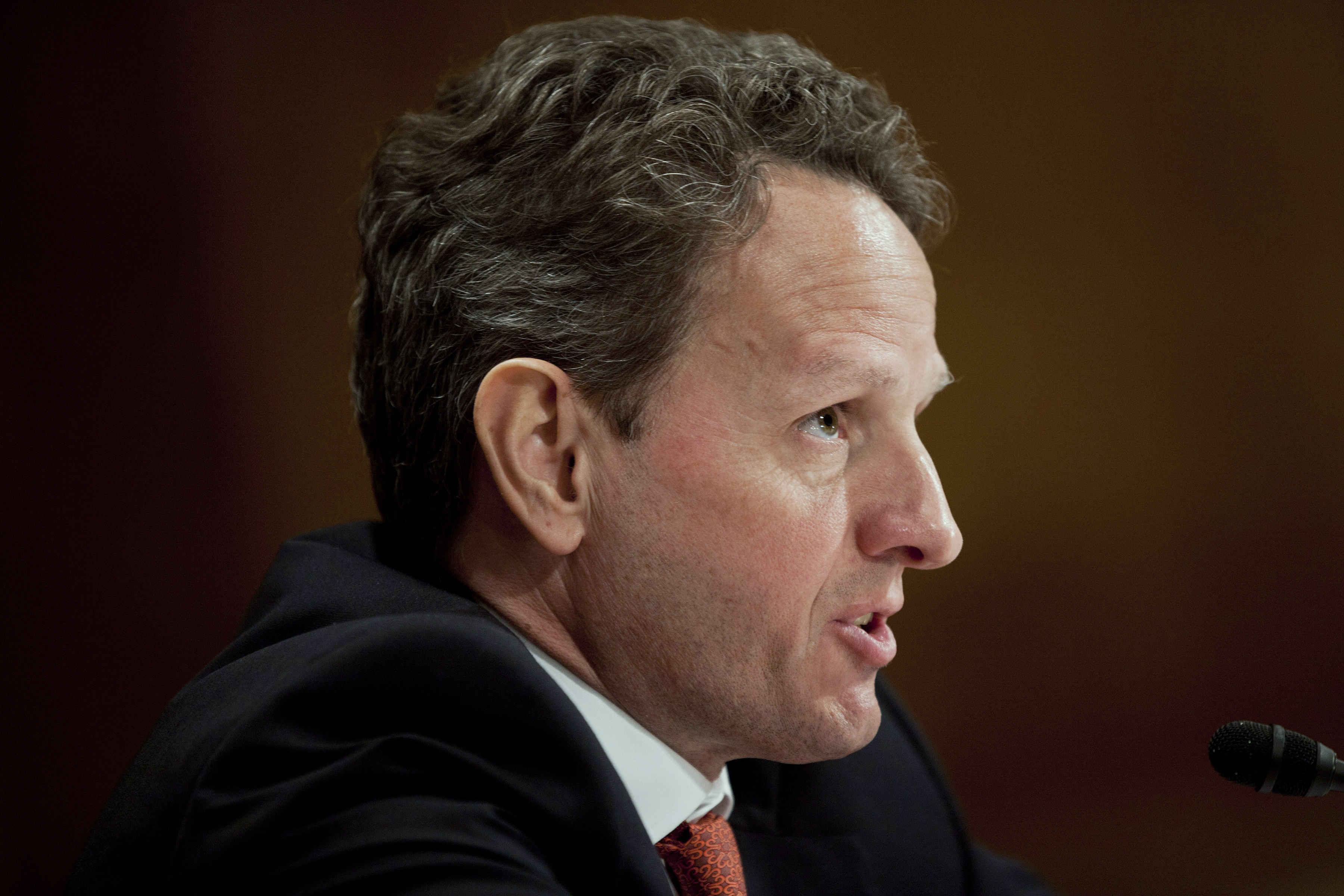 Treasury Secretary Timothy Geithner on Monday extended the deadline for raising the national debt limit to August 2 - but said the federal government had begun taking "extraordinary measures" to reach that date without exceeding the limit, and warned Congress against delaying action on a vote.

In a letter to Senate Majority Leader Harry Reid on Monday, Geithner outlined some of the measures he is taking to prevent an economic crisis as the government nears its $14.3 trillion debt limit. The Treasury projects the U.S. will hit the limit May 16, but Geither now says his measures will keep the government going until August. (His previous estimate had been July.)

If Congress does not approve an increase to the limit, the federal government could default on its bonds for the first time in history, and Social Security and Medicare checks would likely see delays as a result of the government's inability to make payments to agencies.

One of the "extraordinary measures" Geithner described was the suspension of further issuance of State and Local Government Series (SLGS) Treasury securities. (Geithner described SLGS as "special-purpose Treasury securities issued to states and municipalities to help them conform to tax rules that restrict the investment of proceeds from the issuance of tax-exempt bonds.") "When Treasury issues SLGS, they count against the debt limit. Because the United States is very close to reaching the debt limit, Treasury must take this action now," he wrote."

Geithner noted, however, that this action was not without consequences: "It will deprive state and local governments of an important tool to manage their outstanding debt expenses."

Despite pledging to take these "extraordinary measures," however, Geithner also extended Congress's deadline for voting to increase the debt limit. Citing "stronger than expected tax receipts," he noted that "these extraordinary measures would allow the Treasury to extend borrowing authority until about August 2, 2011, approximately three weeks later than was forecast last month."

"While this updated estimate in theory gives Congress additional time to complete work on increasing the debt limit, I caution strongly against delaying action," he wrote. "The economy is still in the early stages of recovery, and financial markets here and around the world are watching the United States closely. Delaying action risks a loss of confidence and accompanying negative economic effects."