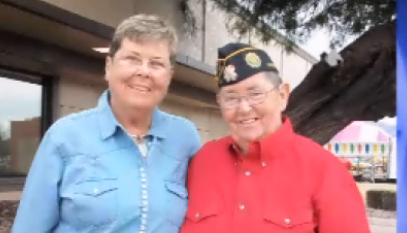 Madelynn Taylor has earned the right to be buried at the Idaho Veterans Cemetery because of her six years of service in the Navy. But her now-deceased wife can't join her because state law doesn't recognize their marriage, CBS affiliate KBOI reports.

"I'm not surprised," Taylor told the station. "I've been discriminated against for 70 years, and they might as well discriminate against me in death as well as life."

The Division of Veterans Services says there is nothing they can do because they have to follow the Idaho Constitution, which says "a marriage between a man and a woman is the only domestic legal union that shall be valid or recognized in this state."

Heterosexual veterans can be buried with a spouse. Taylor, 74, was hoping the cemetery would approve her request since their ashes would fit in one spot on the wall.

"It's not taking up any more space to have both of us in there, and I don't see where the ashes of a couple of old lesbians is going to hurt anybody," she said.

Gay couples are allowed to be buried together at national veterans' cemeteries, the station reported, but the one in Boise is a state cemetery.