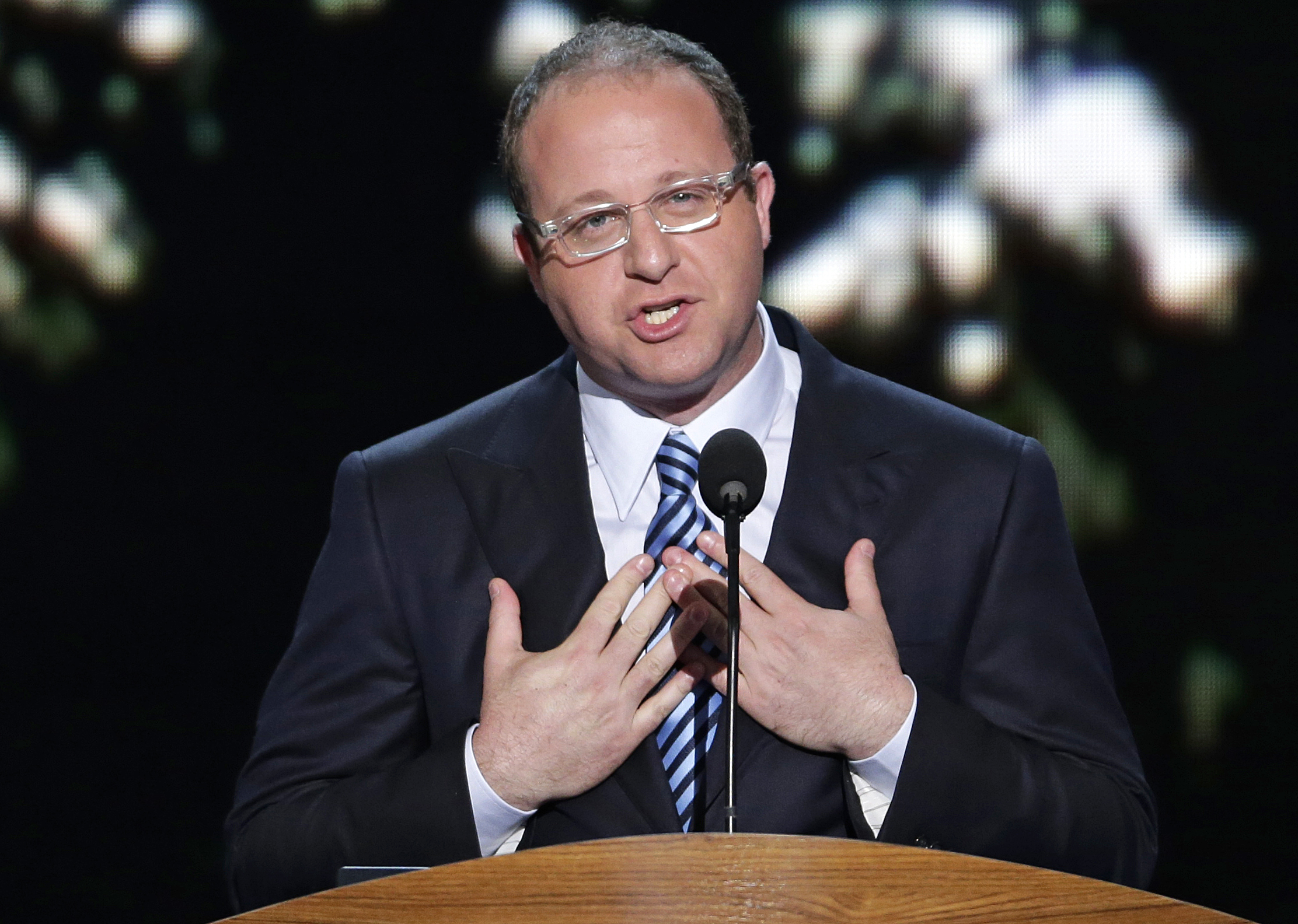 (CBS News) CHARLOTTE, N.C. -- North Carolina, one of the top battleground states of the 2012 election, in May passed an amendment banning same-sex marriage by an overwhelming margin, 61 percent to 39 percent.

Last night in North Carolina's largest city, the Democratic Party spotlighted their support for gay rights - including same-sex marriage - in speech after speech.

The keynote speaker, Julian Castro, criticized Mitt Romney for opposing "letting people marry whomever they love." First lady Michelle Obama, also speaking in the primetime slot, lauded her husband for backing equal opportunity for people no matter their sexual orientation. She spoke admirably of "proud Americans" who "boldly stand at the altar with who they love."

Deval Patrick, the Massachusetts governor, pointed to passage of same-sex marriage in his state, adding that "freedom means keeping government out of our most private affairs...including out of a woman's decision whether to keep an unwanted pregnancy and everybody's decision about whom to marry." He celebrated the president for ending the military's "don't ask, don't tell" policy, "so that love of country, not love of another, determines fitness for military service."

Chicago Mayor Rahm Emanuel cast voters' choice as one between a supporter of "don't ask, don't tell" and "a president who believes that who you love should not keep you from serving the country you love." Newark Mayor Cory Booker said Americans should have the chance to find a good job no matter "who you choose to love." Rep. Gwen Moore said Democrats stand strong against violence "whether you love a man or a woman." Mr. Obama's half-sister, Maya Soetoro-ng, said the president "fought to make sure gay Americans can openly serve the country they love." Comedian Kal Penn joked that the president has been "cool with all of us getting gay-married."

For the past few decades, it has largely been Republicans, not Democrats, who have used social issues to rally their base. The only social issue that Democrats have truly embraced in the past has been abortion rights - and that has certainly continued this year, with Democrats discussing abortion rights repeatedly on Tuesday. But at this convention, for the first time, they are widely embracing gay rights - both President Obama and the Democratic platform support same-sex marriage, more than eight percent of the delegates are openly gay, and the party is featuring gay rights activists like Rep. Jared Polis of Colorado, who is gay, and Zach Wahls, who was born to a lesbian couple in 1991.

"I was struck, for sure, by the very full-throated endorsements of marriage that we saw from those speaking," said Wahls, who is scheduled to speak Thursday. He said he has been heartened that "we now have a major American party endorsing marriage equality" after decades in which gay Americans were criticized or ignored by the major parties, particularly the GOP.

Gay rights were little discussed at last week's Republican National Convention in Tampa, and there were no openly gay speakers. Mitt Romney supports a Constitutional amendment banning same-sex marriage, though he rarely talks about it, and the writers of the party platform declined to back civil unions.

For many of those who support gay rights, all that nonetheless marks progress for a party that in 1992 showcased Pat Buchanan railing against "the amoral idea that gay and lesbian couples should have the same standing in law as married men and women."

"I think there could be a little bit of a backlash, but my hunch is that at the end of the day this election is going to be about the economy," said American University professor of government Jennifer Lawless. "And I think that by talking about these issues, Barack Obama is making a connection with people in his base, and I think that's important. The people who are very socially conservative and would vote on those issues aren't likely to vote for him anyway."

"One, because you believe in it, and not everything is political calculation, some things are actually matters of principle," he said. "Two, part of what you saw was an effort to energize the base. And the gay community is part of the base, and energizing them is important and useful. And third, this is an issue in which opinion is changing fast. And what was true last November may not be true this November. In fact, it's probably not."