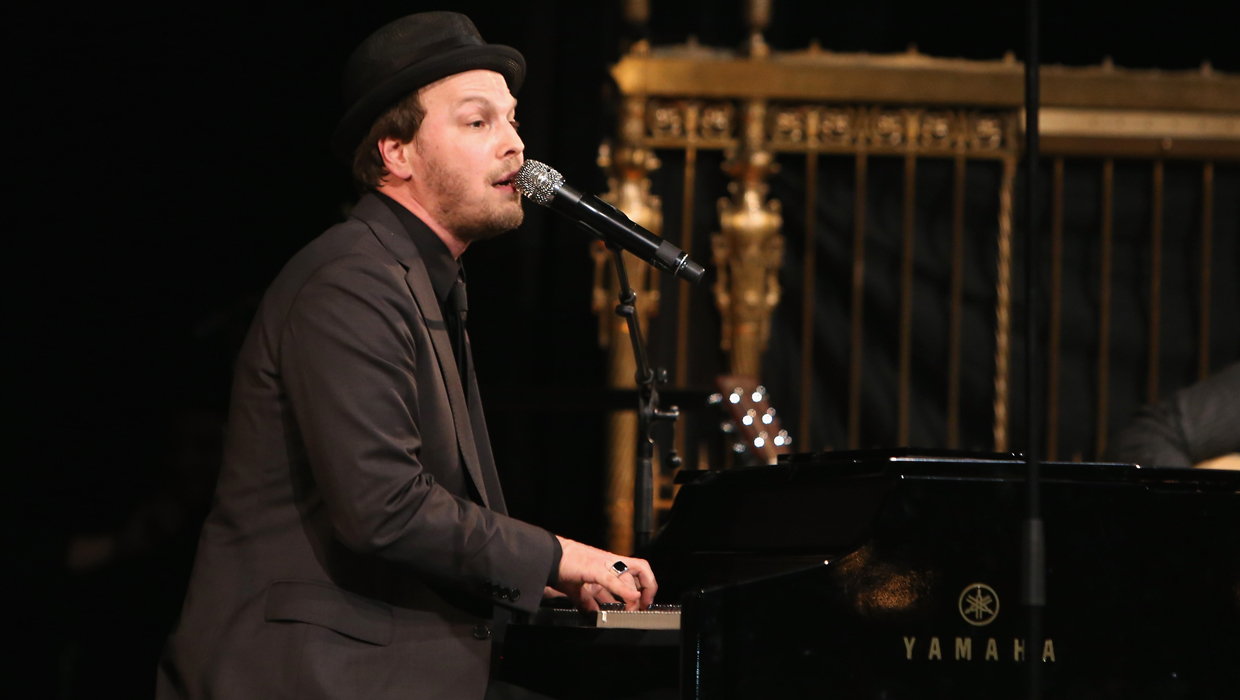 He thought their voices would blend beautifully. And she agreed. Now Gavin DeGraw and Colbie Caillat are in the running for a 2014 Grammy Award.

Their song "We Both Know" from the 2013 film “Safe Haven,” starring Julianne Hough and Josh Duhamel, will be up for best song written for visual media when the Grammy Awards take place on Sunday. The musical duo is in the running against Coldplay's "Atlas" from "The Hunger Games: Catching Fire"; Jessie J's "Silver Lining" from "Silver Linings Playbook"; Adele's "Skyfall" from "Skyfall"; "Young and Beautiful by Lana Del Rey from "The Great Gatsby"; and "You've Got Time" by Regina Spektor from "Orange is the New Black."

A collaboration between the two artists had been in the works for a while. “Colbie and I always wanted to do something,” DeGraw told CBS News. “I remember reaching out to Colbie and saying, ‘We should make some music together.'"

But time passed and it never ended up happening. That was until film studio Relativity asked if both artists were interested in coming up with something to go along with a movie script based on Nicholas Sparks' romance novel.

“We just jumped at the chance to be involved,” said DeGraw, who added, “We felt like we wrote a really beautiful song together, a heartfelt song…We brought some of that vocal passion out of each other when we were performing it.”

Caillat already has two Grammys to her name, but this is DeGraw’s first nomination -- and one he certainly did not expect. “It was not at all on my radar,” he said. “I’m beyond flattered and humbled by it. I’ve been putting albums out and songs out since 2003 and I’ve never had this opportunity before. At this point, I had accepted that I would not have this opportunity…You don't do it for the accolades but when they happen you are greatly affected by it…You feel as an artist or as a songwriter…that there’s an element of legitimacy coming from your peers…It’s really emotionally rewarding.”

DeGraw, meanwhile, has spent the past few months on the road touring behind his new album, “Make a Move,” released in October. And he’s been busy in the studio, too. Country singer Sara Evans will have a version of DeGraw’s “Not Over You,” on her upcoming album -- and DeGraw guest stars on the track.

Evans isn't the only country singer DeGraw has joined forces with lately -- DeGraw and Martina McBride just recorded a cover of Sam Cooke’s “Bring it On Home to Me," which will appear on McBride’s “Everlasting” album, due March 4.

“He’s one of my favorite singers of all time,” said DeGraw. “It was exciting having her invite me to be on her album, particularly to do a Sam Cooke song. One of the highlights of my whole career was being invited to do the Sam Cooke induction into the Rock and Roll Hall of Fame…it was one of the moments as a budding artist that you’re just ecstatic about -- and having someone like Martina McBride have me on her album covering one of my favorite songs of all time is incredibly flattering.”

In between recording sessions and tour stops, DeGraw has been plotting songs for another album in hopes of getting ahead time-wise. “It’s always about what your next play is – seeing which way the next album will go, what styles you’ll try out and what songs might suit the direction of your career...making sure that I’m staying true to what I am, while trying to take chances here and there.”

The Grammy Awards will air live Sunday starting at 8 p.m. ET on CBS.