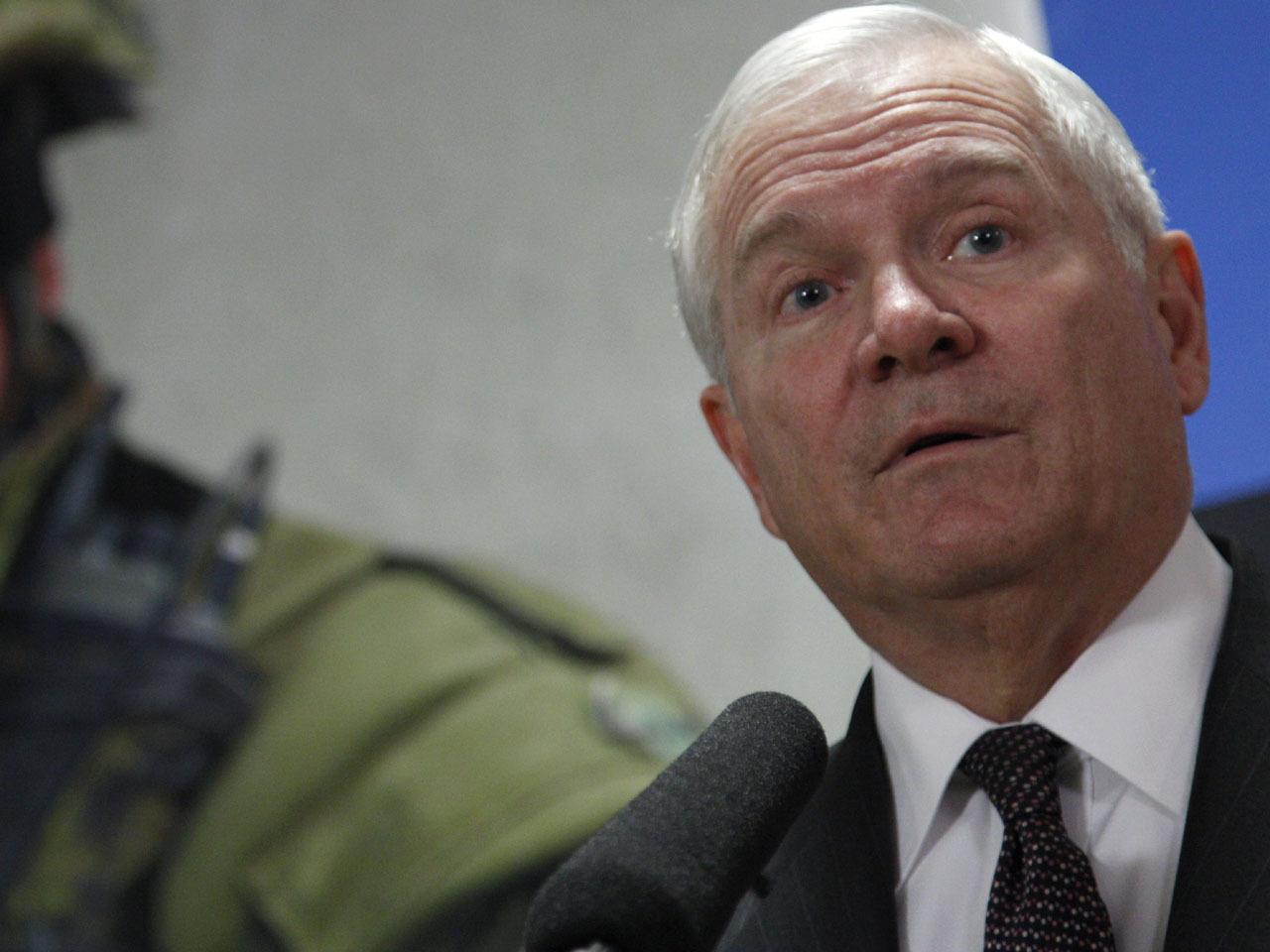 BRUSSELS - U.S. Defense Secretary Robert Gates says the NATO alliance will pursue planning for a possible no-fly zone over Libya but is not ready to act on that or any other military action against the North African nation.

Gates told reporters at NATO headquarters in Brussels, following a meeting of alliance defense ministers, that unspecific NATO ships will be moved closer to Libya to be in position in case urgent humanitarian aid to Libyan civilians is required.

But he made clear that NATO is not interested in direct military intervention in Libya unless the U.N. Security Council passes a further resolution granting such authority.

U.S. Secretary of State Hillary Rodham Clinton made much the same point in Washington, telling Congress that unilateral military action would have unintended consequences.

Meanwhile, Muammar Qaddafi's forces pushed rebel fighters from the strategic oil port of Ras Lanouf on Thursday, driving the opposition from the city with a withering rain of artillery fire.

Fleeing rebels said government forces were showering rockets or tank shells on the city in preparation for a full-scale advance. The lightly armed opposition sped back to their territory by the hundreds, fleeing eastward in cars and pickup trucks mounted with machine guns.

Taking back Ras Lanouf would be a major victory for Qaddafi, reestablishing his power over a badly damaged but vital oil facility and pushing his zone of control further along the main coastal highway running from rebel territory to the capital, Tripoli.

Retreating through the pancake-flat desert scrubland along the highway and scanning the skies for government warplanes, the rebels pleaded for military help from Western powers. European nations meeting in Brussels offered diplomatic help and more financial sanctions on Qaddafi but made no significant move toward stepping up the no-fly zone sought by the rebels.

Phillips described the rebels in the country's east as, "a beleaguered force, and they are being pounded right now by superior armaments," explaining in part the urgent calls from their supporters for an internationally enforced no-fly zone.