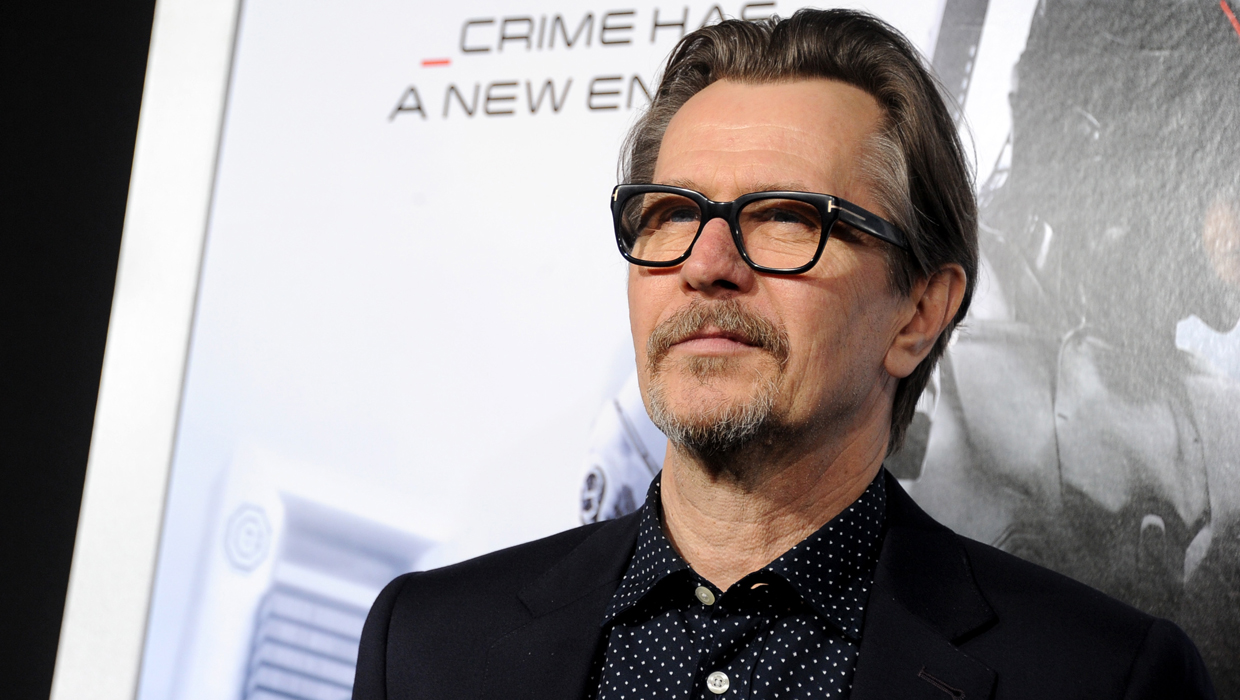 In a lengthy new interview with Playboy, the "Dawn of the Planet of the Apes" actor said he thinks "it's like, take a f-----g joke. Get over it," and also came to the defense of actors Mel Gibson and Alec Baldwin.

The comments began after Gibson came up during the interview. When asked what he thought of how the actor has been treated in recent years, Oldman responded, "I don't know about Mel. He got drunk and said a few things, but we've all said those things. We're all f-----g hypocrites. That's what I think about it. The policeman who arrested him has never used the word n----r or that f-----g Jew? I'm being brutally honest here. It's the hypocrisy of it that drives me crazy. Or maybe I should strike that and say 'the N word' and 'the F word,' though there are two F words now."

He then went on to defend Baldwin, who has come under fire for using anti-gay slurs.

"Mel Gibson is in a town that's run by Jews and he said the wrong thing because he's actually bitten the hand that I guess has fed him -- and doesn't need to feed him anymore because he's got enough dough. He's like an outcast, a leper, you know?" Oldman added." But some Jewish guy in his office somewhere hasn't turned and said, 'That f-----g kraut' or 'F--k those Germans,' whatever it is? We all hide and try to be so politically correct. That's what gets me. It's just the sheer hypocrisy of everyone, that we all stand on this thing going, 'Isn't that shocking?'"

Oldman later admits the interview has gone "very badly." After laughing and putting his head in his hands, he tells the writer, "You have to edit and cut half of what I've said, because it's going to make me sound like a bigot...I'm defending all the wrong people. I'm saying Mel's all right, Alec's a good guy. So how do I come across? Angry?"

"It's dishonesty that frustrates me most," he said. "I can't bear double standards. It gets under my skin more than anything."

Oldman's "Dawn of the Planet of the Apes" opens in theaters on July 11.