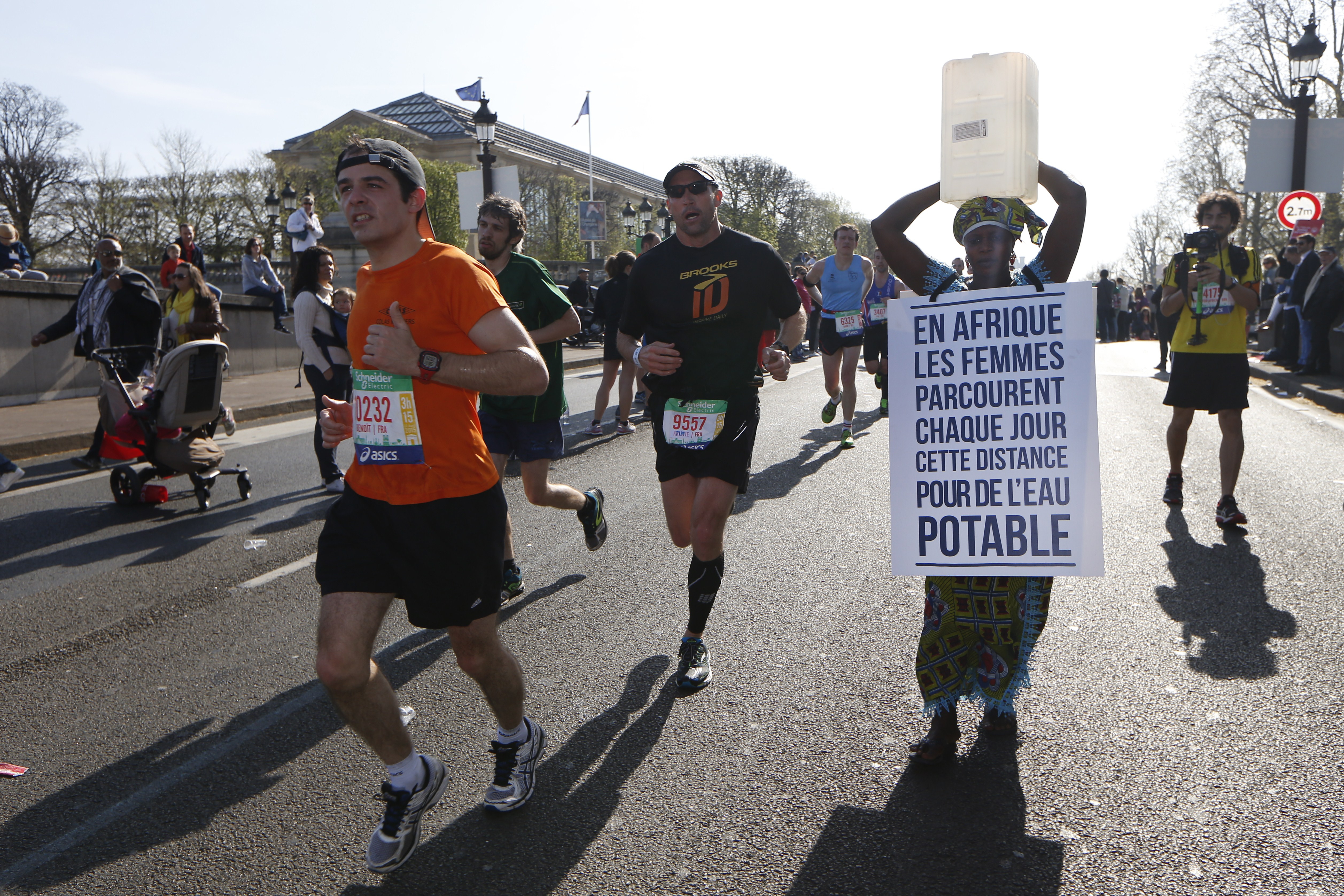 Mark Korir of Kenya won the Paris Marathon on Sunday but it was an unknown woman from Gambia who was turning heads.

Siabatou Sanneh carried a jerry can of water on her head, while holding a placard that read: "In Africa, women travel this distance everyday to get potable water."

Sanneh used the 39th Paris Marathon as a platform to bring awareness to the plight of many women in her homeland and on behalf of the charity Water for Africa.

The 43-year-old told Europe1 that she and her two daughters walk eight kilometers every day with a bucket containing 20 liters of water. She says the exhausting routine is necessary for her family to drink, cook and wash clothes.

Last month, the United Nations issued a dire warning about the earth's water resources, saying that the consequence of today's unsustainable growth is that "the world will face an increasingly severe global water deficit."

UNICEF estimates that roughly 157 million people in the Eastern and Southern Africa region do not have access to a clean and safe water distribution system.