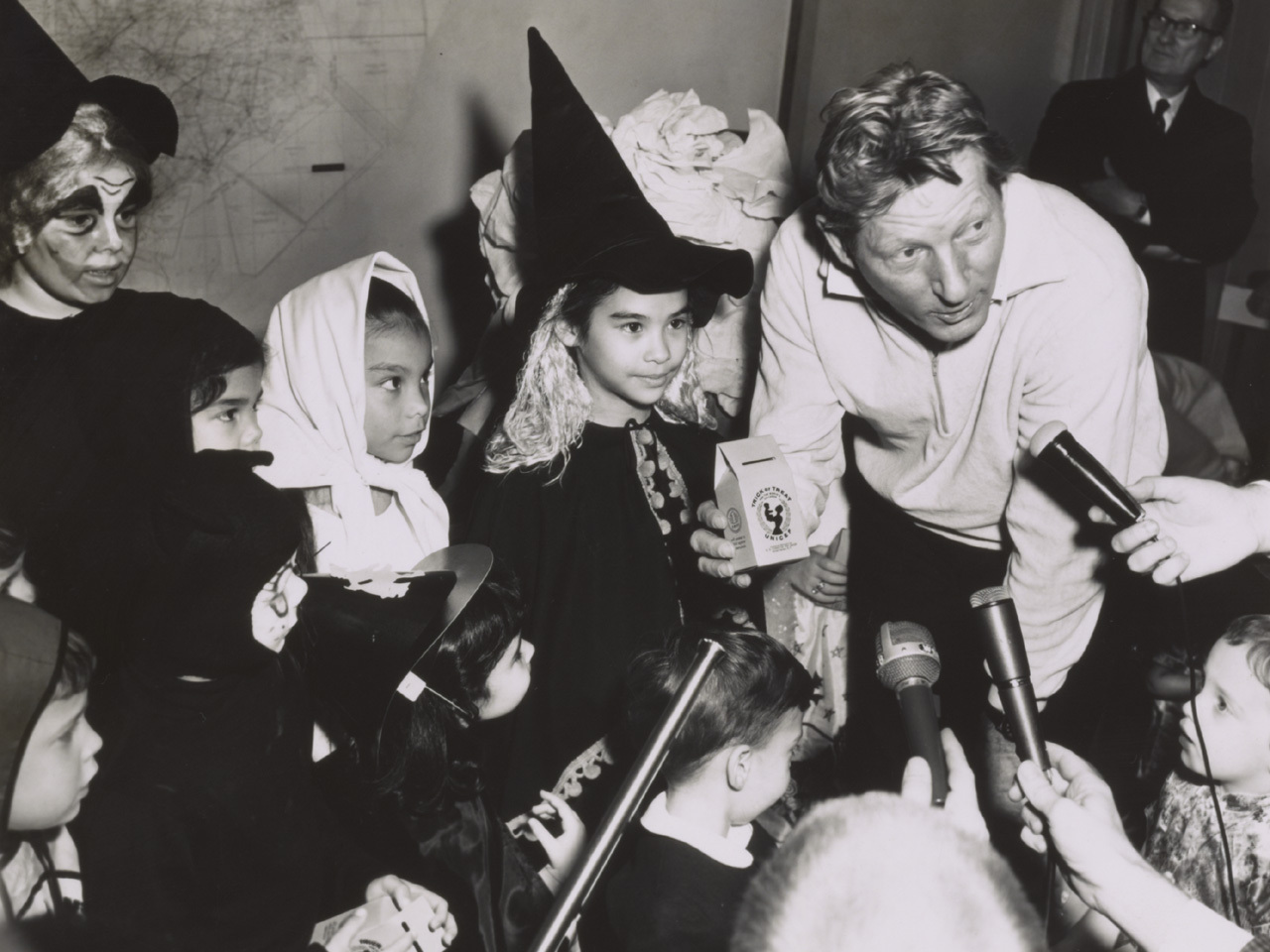 All performers hope to make a distinctive mark in their own time.  The very best leave a legacy that endures long after they're gone. A multi-talented entertainer who died 27 years ago has left us that, and more. Here's Michelle Miller.

Back in Hollywood's Golden Age, Danny Kaye was golden, and then some.

He was an actor, singer, dancer, comedian . . . and, perhaps most important, a friend of children around the world.

But to actor Michael Douglas, Danny Kaye was the guy next door. "I knew Danny Kaye when I was a kid," he said. "I went to his house many times. He was a great cook, a magical guy. Had this wonderful curiosity and enjoyment of life. You saw it on screen, you saw it when he lived."

And to Dena Kaye, he was Dad. "If there was a story of unconditional love and wanting what was best for me, he was it," she said.

"I really had a normal childhood," Dena said. "I mean, yes, Cary Grant came to the house, and yes, I asked Frank Sinatra to come to my graduation party and he showed up and I was thrilled, but I mean, we lived in the same house from 1947 until I sold it in 1991. I'd never been to an Academy Awards. I went to normal schools."

The only child of Danny Kaye and musician Sylvia Fine, she is now keeping her parents' memory alive.

Not long ago, she helped mount a special exhibit honoring her parents at the Library of Congress in Washington. It's now in Los Angeles.

"My mother and father were such an amazing team," Dena said. "It was such teamwork and synergy -- the egg yolk and the egg white."

David Daniel Kaminsky grew up in Brooklyn, the son of Ukrainian Jewish immigrants. He was a high school dropout who spent summers performing in the Catskills.

Kaminsky became "Kaye" -- and a legend was born.

"He was so much more than a performer," said Dena Kaye. "He was UNICEF's first Goodwill Ambassador in 1954. He was elegant. He was funny. There's no one who combines, to my mind anyway -- and remember I am the daughter -- all of his talents."

At an audition in 1940, Kaye met his future wife. Not long afterwards, he got his big break -- a role in the Broadway play, "Lady in the Dark," performing what became one of his signature "patter" songs, "Tchaikovsky."

"May I fondly introduce,
For your mental delectation,
The names that always give me a concussion,
The names of those composers known as Russian.

Stravinsky and Gretchnaninoff,
Rumshinsky and Rachmaninoff,
I really have to stop, the subject
has been dwelt upon enough!"

Soon, Hollywood took notice. Kaye starred in more than two dozen movies -- classics like "White Christmas," and in "Hans Christian Andersen," one of his most beloved roles, Kaye portrayed the prolific Danish storyteller.

And then there's this famous scene from "The Court Jester": "The pellet with the poison's in the vessel with the pestle; the chalice from the palace has the brew that is true!"

His wife Sylvia wrote many of his songs.

"She used to say, 'I had radar for Danny and I could tell what he was going to be able to do before he knew it,'" said Dena.

"Most couples can't work together," said Miller. "How did they make it work?"

"With difficulty," she replied.

Shortly after Dena was born, there were rumors of Kaye's affairs with other women . . . and other men, the most infamous (allegedly), Sir Laurence Olivier.

"What do you say to that?" asked Miller.

"Nothing. I say, people could write whatever they would like," Dena said. "I am just not in the business of confirming or denying anything. It's just a waste of my time."

But to hear Dena tell it, Danny Kaye the parent was perhaps his greatest role.

"If I had decided to marry a sheep herder in Australia, he would've said, 'Great! I'll bring the barbecue, we'll have rack of lamb!' That's the key about my father: he was passionate about things."

… especially that rack of lamb.

Which is why Dena has helped create a kitchen theatre at the famed Culinary Institute of America in Upstate New York. "Some of the greatest chefs," Dena said, "actually ate his cooking, yes!"

He was a gourmet, a pilot, a baseball team owner, and an orchestra conductor. But perhaps Danny Kaye's greatest passion was kids the world over.

As the story goes, a chance encounter with a UNICEF official on an overseas flight with engine trouble was a turning point. Kaye vowed that if the plane landed safely, he'd devote every spare moment to UNICEF, the United Nations Children's Fund.

Which brings us full-circle. Earlier this month, Michael Douglas was honored by UNICEF for his work with children.

"I'm deeply touched that this award was named for Danny Kaye," Douglas said. "Danny was the first person that I recognized the power of celebrity and how it could be used for good in the world, because he was beloved by all children of all ages. He was the perfect match for UNICEF."

Danny Kaye received two Oscars in his lifetime, both for what became his real triumph.

He once said, "If we can help to better understand the problems of the world's children, I think perhaps the world might well be on the way to understanding itself a little better."