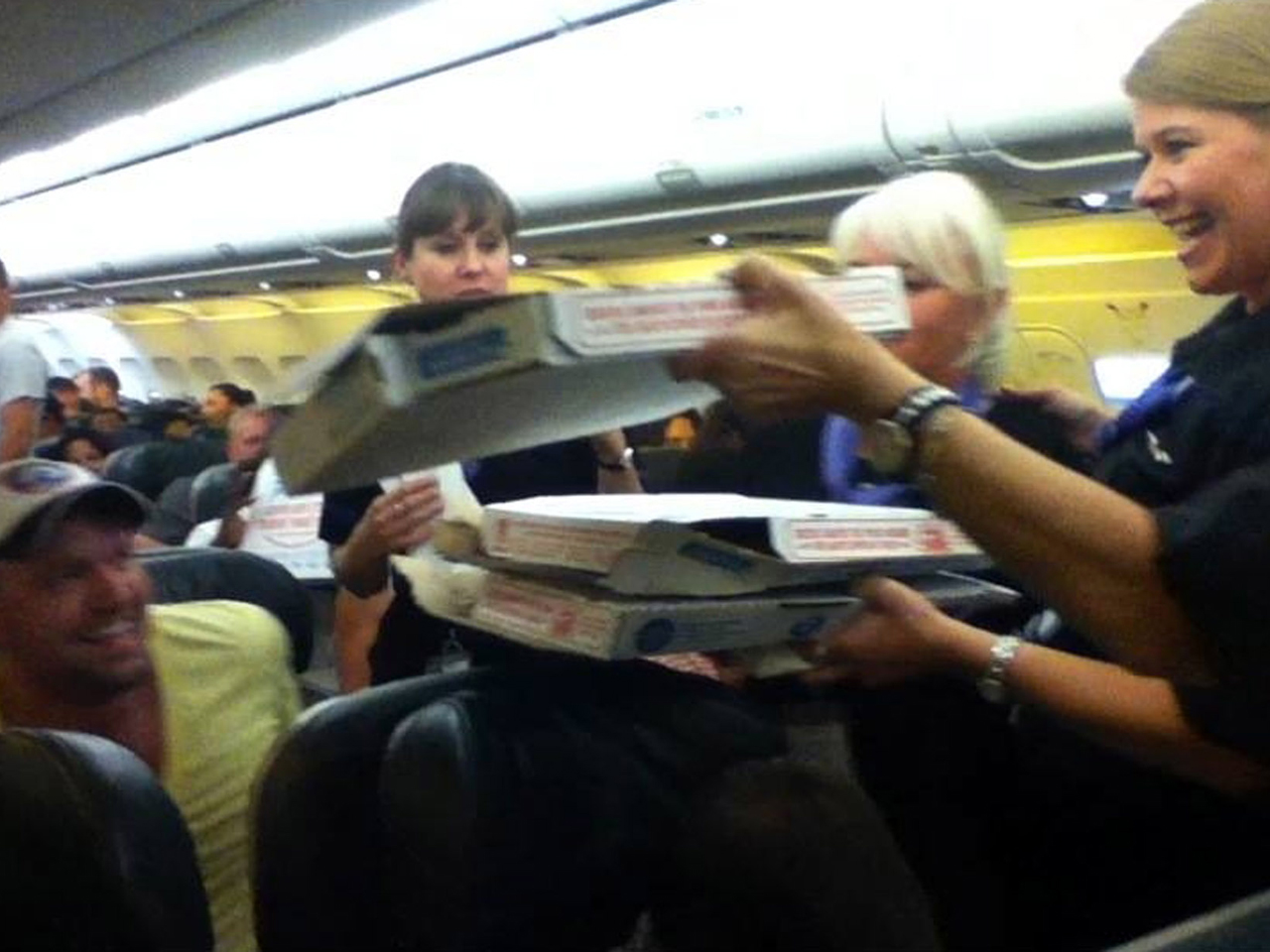 CHEYENNE, Wyo. -- Faced with potentially hungry - and grumpy - passengers, a Frontier Airlines pilot treated them to pizza when storms diverted a Denver-bound flight to Cheyenne, where the plane was stuck for a couple of hours.

Cheyenne Domino's Pizza manager Andrew Ritchie told The Associated Press that he got a call about 10 p.m. Monday just as he was about to send employees home. Ritchie said the pilot told him he needed to feed 160 people - fast.

"I put my hand over the phone and I said: 'Guys, you're coming back,'" Ritchie said, recalling what he told his employees.

In all, Ritchie said his crew made about 35 pizzas and delivered them to the airport, where the driver handed the food off to flight attendants. One of the passengers sent KUSA-TV a picture of flight attendants handing pizza boxes to people.

That number of pizzas is usually what his store handles in an entire hour, Ritchie said. This time, they needed to make them and deliver them in about 30 minutes, he said.

But that didn't deter his co-workers, Ritchie said.

"Actually, they were super excited. They had a blast. It was a challenge," he said. "It was definitely one of those 'challenge accepted' moments in time."

Frontier Airlines did not immediately respond to an email from The Associated Press, but KUSA-TV said the company confirmed the episode.

The television station reports that the flight to Denver International Airport, which originated in Washington, D.C., left Cheyenne about 10:30 p.m., shortly after the pizzas arrived.

The flight was one of dozens that were delayed Monday evening because of heavy rain across Colorado.

Biden vowed to outlaw "junk" fees in his SOTU. Here's his plan.
Thanks for reading CBS NEWS.
Create your free account or log in
for more features.
View CBS News In
CBS News App Open
Chrome Safari Continue
Be the first to know
Get browser notifications for breaking news, live events, and exclusive reporting.