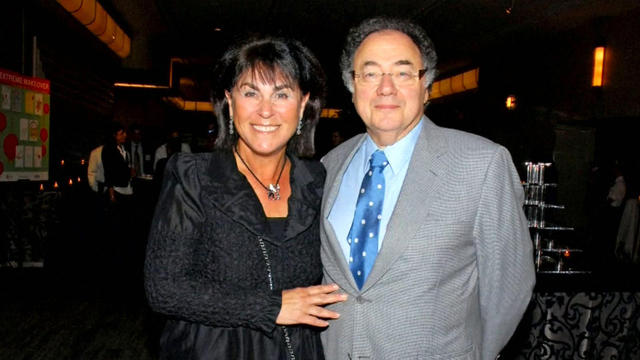 Police are calling the deaths of a Canadian billionaire and his wife "suspicious." Barry Sherman, chairman of pharmaceutical company Apotex, was found dead Friday in his Toronto-area mansion, along with his wife, Honey. Investigators say the couple died from "ligature neck compression," but they have not called their deaths homicides.

Forbes ranked Barry Sherman as the 12th richest man in Canada, with a net worth of $3 billion. He was also generous, giving away more than $50 million to charity, reports CBS News' Tony Dokoupil. But because his company made cheap generic drugs, Sherman had plenty of rivals.

Toronto homicide detectives are now leading the investigation into the deaths. Initially, police said they found no signs of forced entry and were not searching for suspects.

"Until we know exactly how they died we treat it as suspicious. And then once that, a determination has been made by the pathologist and the coroner, then we move forward from there," said Toronto police spokesman David Hopkinson.

The Globe and Mail newspaper said the couple was found hanging from the railing of their basement pool and that investigators have theorized the 75-year-old billionaire might have killed his wife and then taken his own life.

The family criticized unnamed police sources, saying in a statement: "Our parents shared an enthusiasm for life and commitment to their family and community totally inconsistent with the rumors regrettably circulated in the media."

Sherman's company, Apotex, has annual sales of over $1.5 billion. It makes and exports generic versions of brand name medicines, often putting him at odds with other drug makers.

"He fought for what he really thought was right and provide generic drugs that made it possible for those that weren't on drug plans to get the drugs that they needed for the ailments that they suffered through," said businessman Paul Godfrey.

Paul and his wife Gina were longtime friends of the Sherman's.

"I was just absolutely gobsmacked. It's shocking and you know, it just leaves shivers all over you," Gina said.

A spokesman for the family tells CBS News a memorial service is planned for Thursday. Canadian Prime Minister Justin Trudeau offered his condolences on Twitter.