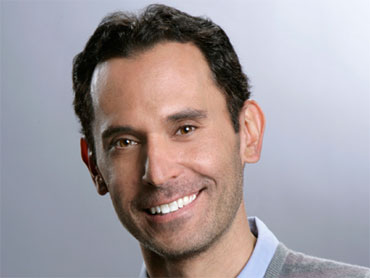 David Friedman has been named executive producer of "The Early Show." The appointment will be effective January 2010.

"David's wide-ranging talents and experience in news, entertainment and primetime specials will be enormous assets to the broadcast and to CBS News," said Sean McManus, president of CBS News and Sports.

"'The Early Show' has a great on-air team in place, the show has been making advances and we are committed to decisively moving to the next level," McManus continued. "The change in the competitive landscape is a terrific opportunity for us to bring on an experienced and creative EP with a fresh approach and a demonstrated track record of success."

During Friedman's tenure at "Today," he rose swiftly from researcher to producer. His responsibilities for "Today" included producing its 2000 Olympic coverage in Sydney, overseeing multi-camera shoots with on-air talent and producing high-profile interviews and performances. He began his network career as a researcher on the NBC primetime newsmagazine "Now" with Tom Brokaw and Katie Couric.

Friedman replaces Zev Shalev, who served in the role for the past year- and-a-half. Shalev left to developing new content with alternative distribution models. His first project, NewsTsar, will bring together news and social media. NewsTsar is set to launch in 2010.