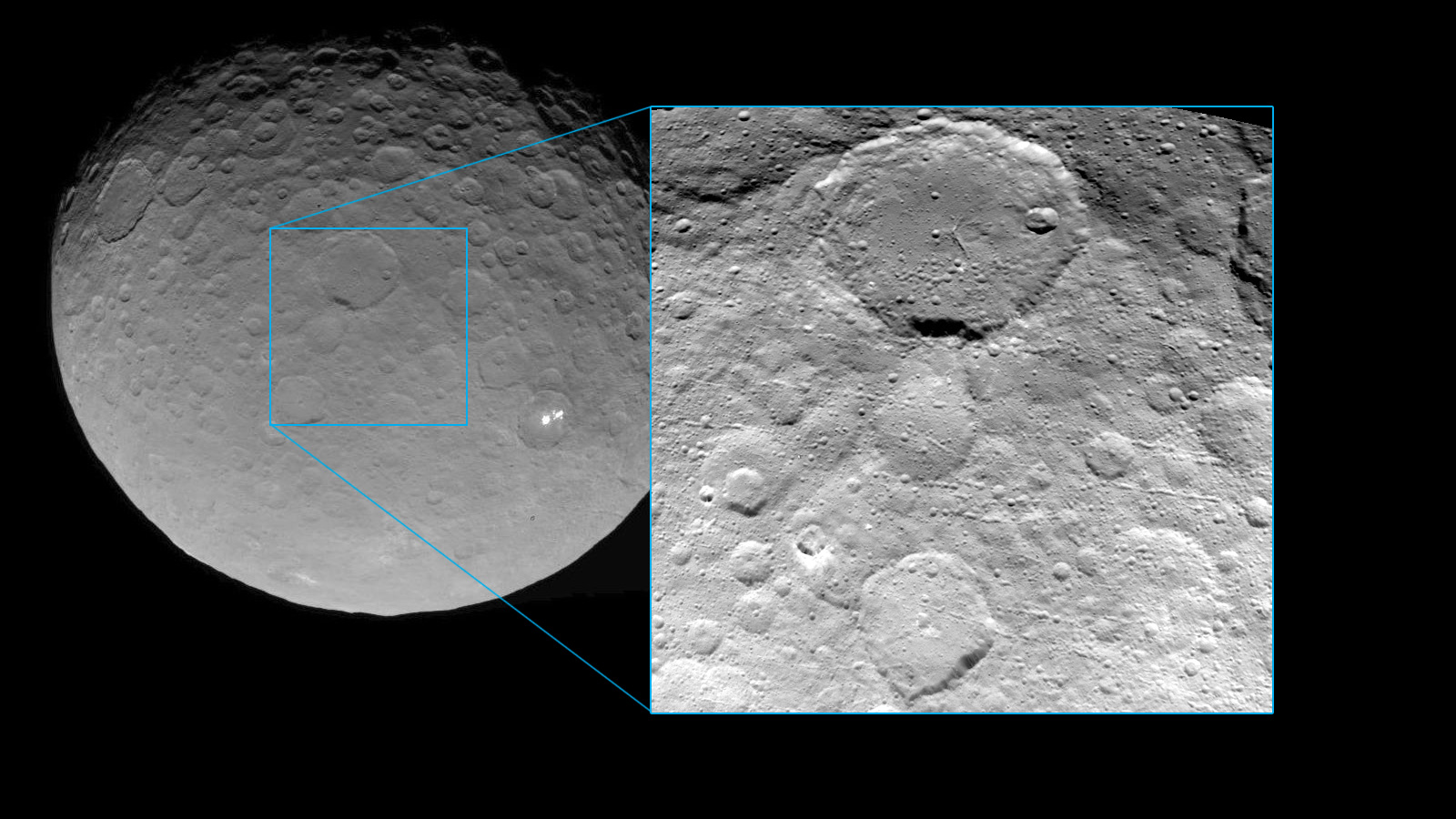 New images taken by NASA's Dawn spacecraft offer some of the finest detail yet of the dwarf planet Ceres.

"The view shows numerous secondary craters, formed by the re-impact of debris strewn from larger impact sites," NASA wrote in a post accompanying the image. "Smaller surface details like this are becoming visible with increasing clarity as Dawn spirals lower in its campaign to map Ceres."

After transmitting these images to Earth, Dawn resumed ion-thrusting toward its second mapping orbit. On June 3, Dawn will enter this orbit and spend the rest of the month observing Ceres from 2,700 miles (4,400 kilometers) above the surface. Each orbit during this time will be about three days, allowing the spacecraft to conduct an intensive study of Ceres.

Dawn arrived at Ceres March 6, marking the first time a spacecraft has orbited a dwarf planet.

Scientists will be comparing data from Ceres to the giant asteroid Vesta, which Dawn studied from 2011 to 2012. This should offer them insights about the formation of our solar system, since Ceres and Vesta - located in the main asteroid belt between Mars and Jupiter - were on their way to becoming planets before their development was interrupted.