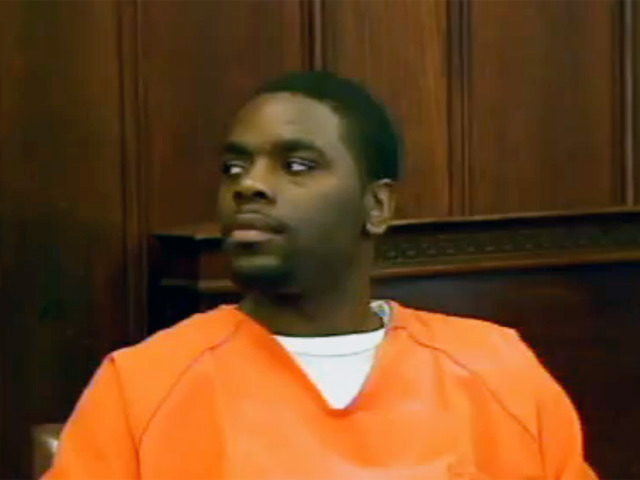 (CBS) YOUNGSTOWN, Ohio - Columbus Jones, 23, was sentenced to 92 years-to-life in prison on Thursday for a shooting at a fraternity house in Ohio last year that left one man dead and 11 others wounded, reports CBS affiliate WKBN-TV.

On Wednesday, Jones was convicted of aggravated murder in the death of 25-year-old Jamail Johnson, as well as 11 counts of felonious assault and improperly firing a gun into a home.

Johnson's friends and relatives filled the courtroom as his mother, Shirlene Hill, spoke during sentencing hearing. Johnson was killed a few weeks before he was supposed to graduate from Youngstown State University, and Hill's husband held up the diploma he never received.

"I can no longer hear his voice, or see his beautiful smile that would light up any room," Hill said. "That was all taken from me."

Johnson's fraternity brother, Carl Davison, also appeared in front of the judge and said a day didn't go by that he didn't think about the February shooting.

Authorities said the incident began with a fight after a drunken woman bumped into someone. Jones was struck in the head during the fight. He then left the party, came back with a gun and started shooting.

Johnson was killed while trying to usher a group of partygoers away from the gunfire and out of harm's way, the Associated Press reported.

Jones' brother, 21-year-old Mark Jones, is scheduled for trial next week. He's facing complicity to murder and 11 counts of felonious assault for handing the gun to his brother before he fired the fatal shots.

Several others were also charged in connection with the shooting and await trial.