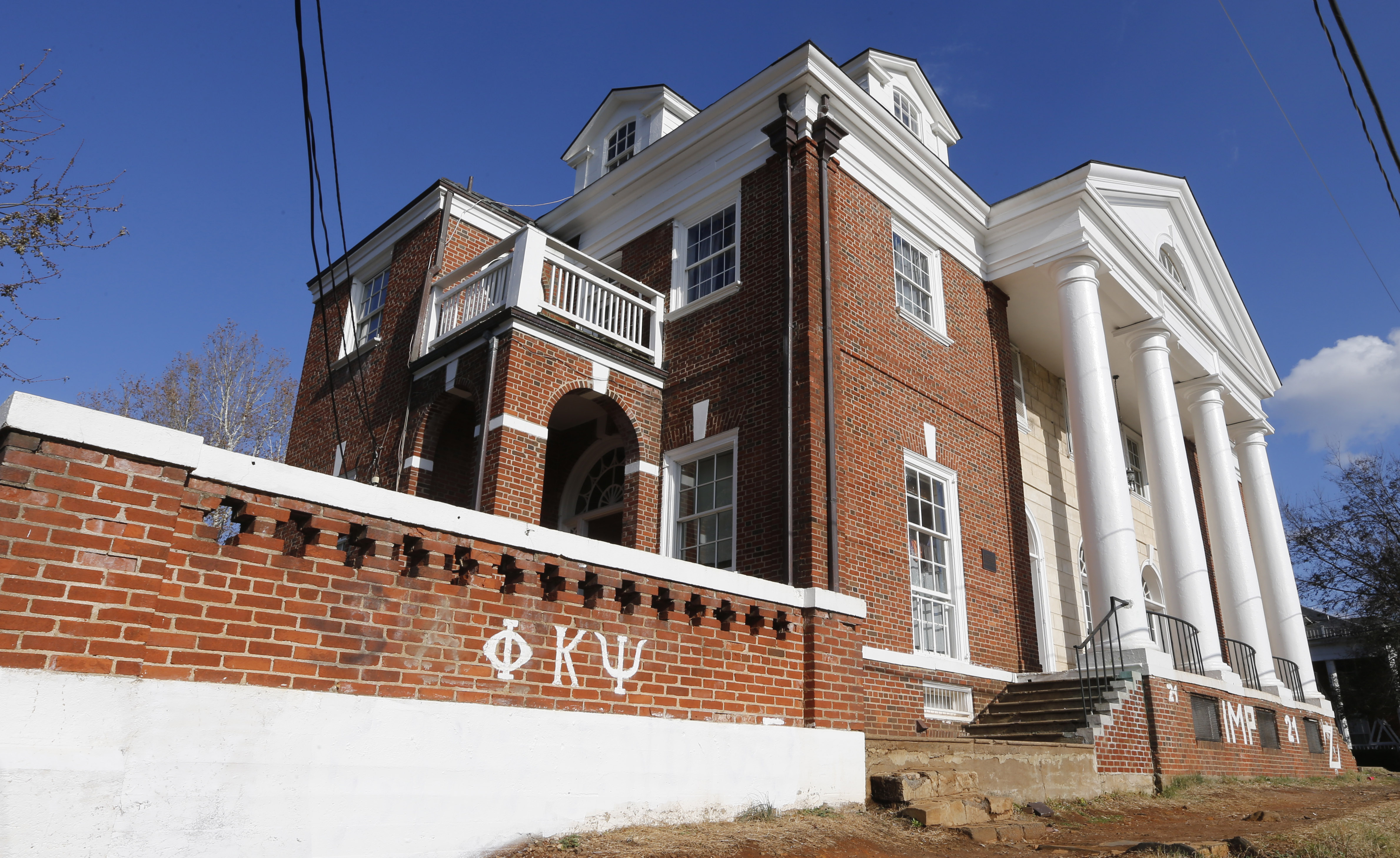 RICHMOND, Va. -- The fraternity that was the focus of a debunked Rolling Stone article about a gang rape filed a $25 million lawsuit against the magazine Monday, saying the piece made the frat and its members "the object of an avalanche of condemnation worldwide."

The complaint, filed in Charlottesville Circuit Court, also names Sabrina Rubin Erdely as a defendant. It is the third filed in response to the November 2014 article entitled "A Rape on Campus: A Brutal Assault and Struggle for Justice at UVA." Three individual fraternity members and recent graduates of the University of Virginia are suing for at least $225,000 each, and a university associate dean who claims she was portrayed as the "chief villain" is suing the magazine for more than $7.5 million.

Rolling Stone spokeswoman Kathryn Brenner said the magazine has no comment on the lawsuit.

The article described in chilling detail a student's account of being raped by seven men at the Phi Kappa Psi fraternity house in September 2012. It portrayed university officials as insensitive and unresponsive to the plight of the student, who was identified only as Jackie, and suggested that the attack was emblematic of a culture of sexual violence at the elite public university.

The story horrified university leaders, sparked protests at the school and prompted a new round of national discussions about sexual assault on U.S. campuses.

However, details in the lengthy narrative did not hold up under scrutiny by other media organizations. For example, Phi Kappa Psi did not host any social event at its house on the day of the alleged gang rape as the article claimed. Additional discrepancies led Rolling Stone to commission an examination by the Columbia University Graduate School of Journalism, which said in a blistering report that Rolling Stone failed at virtually every step, from the reporting by Erdely to an editing process that included high-ranking staffers.

The article said a woman named "Jackie" was gang-raped at the fraternity house. Police have said there is no evidence the attack took place.

The journalism school's analysis was accompanied by a statement from Rolling Stone Managing Editor Will Dana apologizing for the failures and retracting the November 2014 story.

Some University of Virginia students previously said none of that will erase the article's repercussions.

An investigation by Charlottesville police also found no evidence to back up Jackie's claims. Despite the retractions and apologizes, the fraternity said the damage was already done.

"These allegations did not concern harmless fraternity pranks," the fraternity said in the lawsuit. "These were allegations of ritualized and criminal gang-rape that Rolling Stone knew were the predicates for annihilation of Phi Kappa Psi and widespread persecution of its members."

The complaint alleges that the magazine set out to find a story of "graphic and violent rape" at an elite university and rejected other possible stories that were not sensational enough.

"Rolling Stone and Erdely had an agenda, and they were recklessly oblivious to the harm they would cause innocent victims in their ruthless pursuit of that agenda," the lawsuit said.