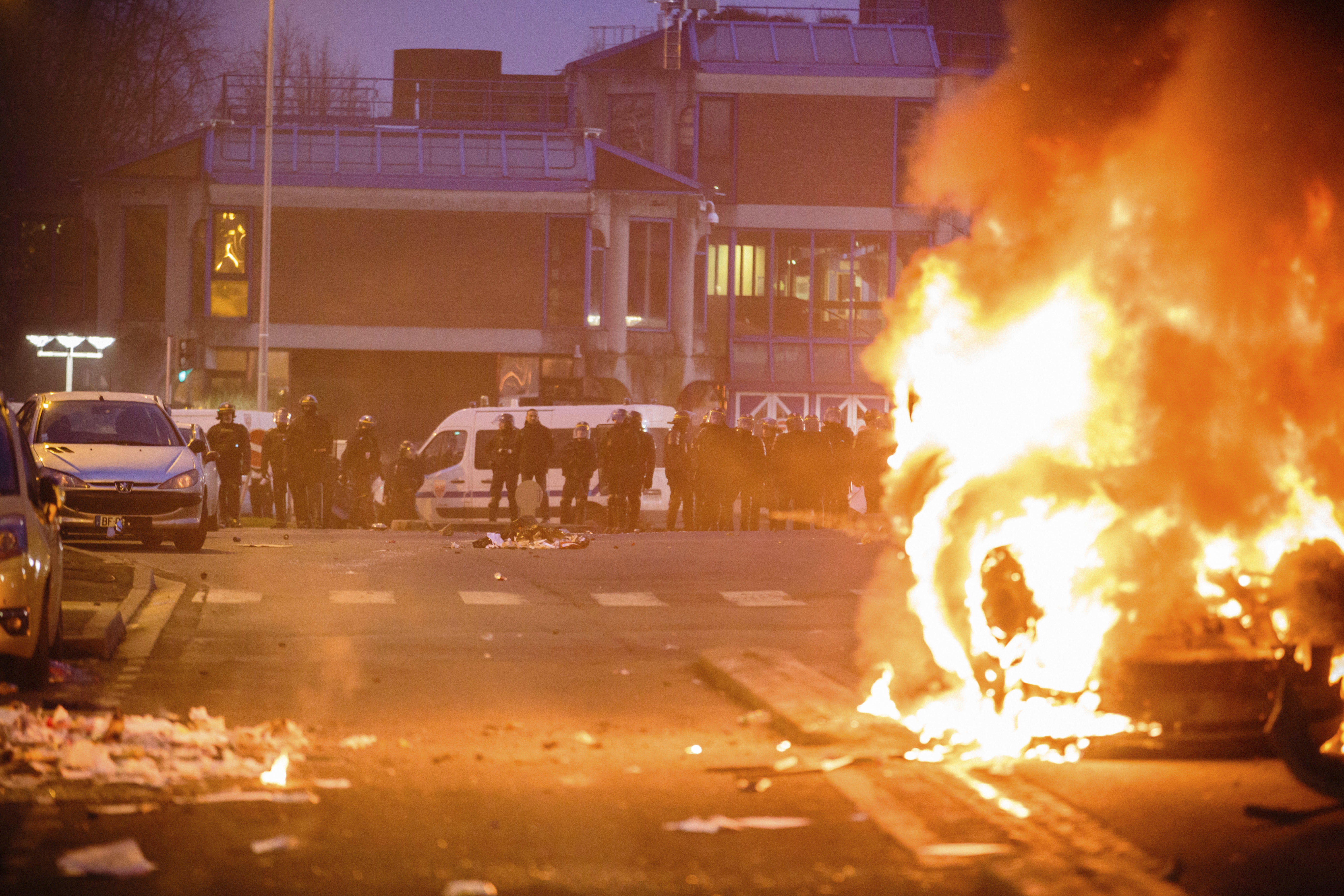 PARIS -- France’s interior minister is condemning unrest in a Paris suburb that led to at least 11 new arrests overnight, and calling for calm after a week of violence linked to the alleged rape of a young black man by police.

Regional police said in a statement that 11 people including eight minors were arrested in Argenteuil, northwest of Paris, after youths set vehicles and garbage cans on fire.

The violence appeared linked to claims by a 22-year-old man that he was sodomized with a police baton after being arrested on Feb. 2 arrest in Aulnay-sous-Bois. Three officers have been given preliminary charges.

President Francois Hollande visited the victim, identified only as Theo, in the hospital on Feb. 7.

Authorities are wary of unrest in France’s poor towns, remembering the fiery 2005 riots that spread through France -- beginning in the Saint-Denis town of Clichy-Sous-Bois, and hopscotching through social housing around the country.

Tension between the police and youths in Paris’ impoverished suburbs has reached the boiling point several times even since the tumult of 2005.

Many of the young men implicated in the terrorist attacks in France and Belgium during the last three years have come from or have links to the “banlieue.” The word, literally translated, means “suburb,” but it has come to be associated with the depressed, mostly immigrant neighborhoods on the outskirts of the French capital where unemployment is high and opportunity scarce.

“If you look at the situation of people, you understand the path they have taken to become a terrorist or whatever you call it,” Julien Villain, an 18-year-old resident of the Saint-Denis banlieue, who has a French mother and Moroccan father, told CBS News correspondent Vladmir Duthiers in a CBSN documentary broadcast last year. “Exclusion makes the terrorist, in my opinion.”

If marginalization is an ingredient for radicalization, it’s one the Islamic State of Iraq and Syria, or ISIS, has been able to capitalize on, recruiting thousands of Westerners to join their ranks in Syria and Iraq. At least six of the Paris attackers were French nationals.

The French government does not keep statistics based on race or religion, but surveys have found unemployment is as high as 30 percent in these immigrant neighborhoods.