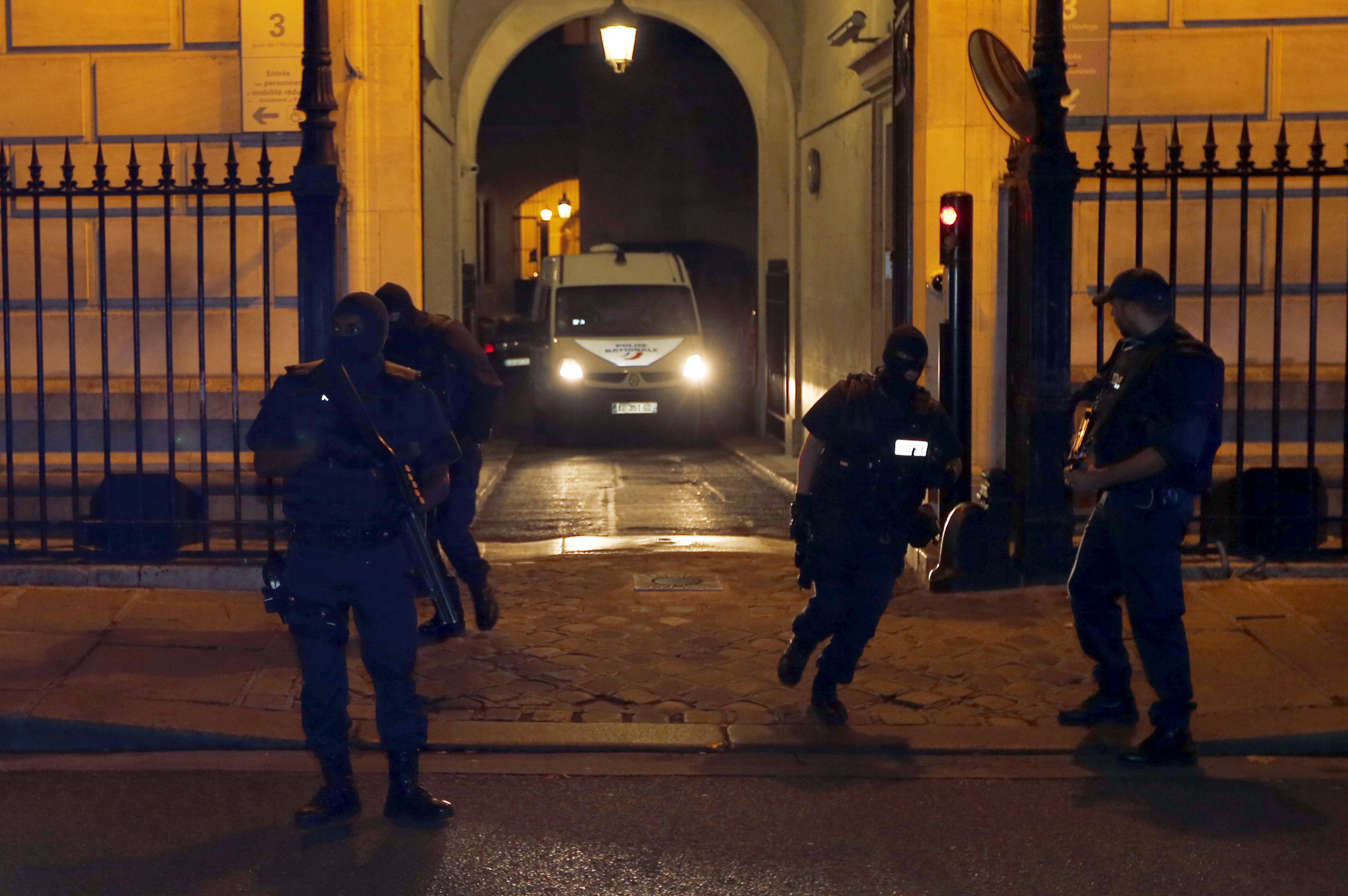 PARIS -- The Moroccan suspect in a foiled attack on a high-speed train was hit Wednesday with terrorism charges after prosecutors argued he planned to unleash carnage among hundreds travelling from Belgium to France.

The prosecutor's office in Paris confirmed that Ayoub El-Khazzani had been formally charged overnight.

As CBS News correspondent Charlie D'Agata reports, el-Khazzani, 26, was led barefoot and blindfolded into the French court to face the charges, including multiple counts of attempted murder, possession of weapons, and conspiracy.

Paris prosecutor Francois Molins said el-Khazzani pumped himself for the attack by watching a jihadist video in the train bathroom just before emerging shirtless and strapped with 270 rounds of ammunition.

Molins said the Moroccan was intent on killing a whole trainload of people, but in the end he was thwarted by passengers, including four Americans, who disarmed and subdued him until police could take over.

French-American Mark Moogalian was the only one to take a bullet in the fracas.

In an interview with CNN, his wife Isabella described the moment U.S. Airman Spencer Stone and his two friends piled on, saying she saw "two guys running down the aisle really fast."

The gunman saw them, too, and Stone thought it was all over.

"This guy kept pulling weapons left and right," he said in a U.S. military handout video. "It seemed like he pointed it backwards and clicked it at my head, it wasn't working either... 'I'm gonna get shot, I'm dead.' Like, every time I heard a click, I was just like, 'oh, I'm still alive, oh I'm still alive, okay,' and then we hit each other."

Isabella said that when Stone saw a bullet had sheared through an artery in her husband's neck, he not only stopped the bleeding, but helped ease the couple's fears.

"Spencer had put his finger like this on the wound, so my husband was lying on the floor, Spencer was next to him and he was bleeding too and he put his finger... and was speaking to him and was like, 'hey man where you from? Oh you're from Virginia? I am from California. Wwe are going to have a beer together. Everything is going to be okay."

El-Khazzani's lawyer has denied any plans to commit an act of terrorism, claiming he stumbled upon a bag of weapons and decided to rob passengers on the train -- for which he obtained a first-class ticket, in spite of purporting to be homeless.