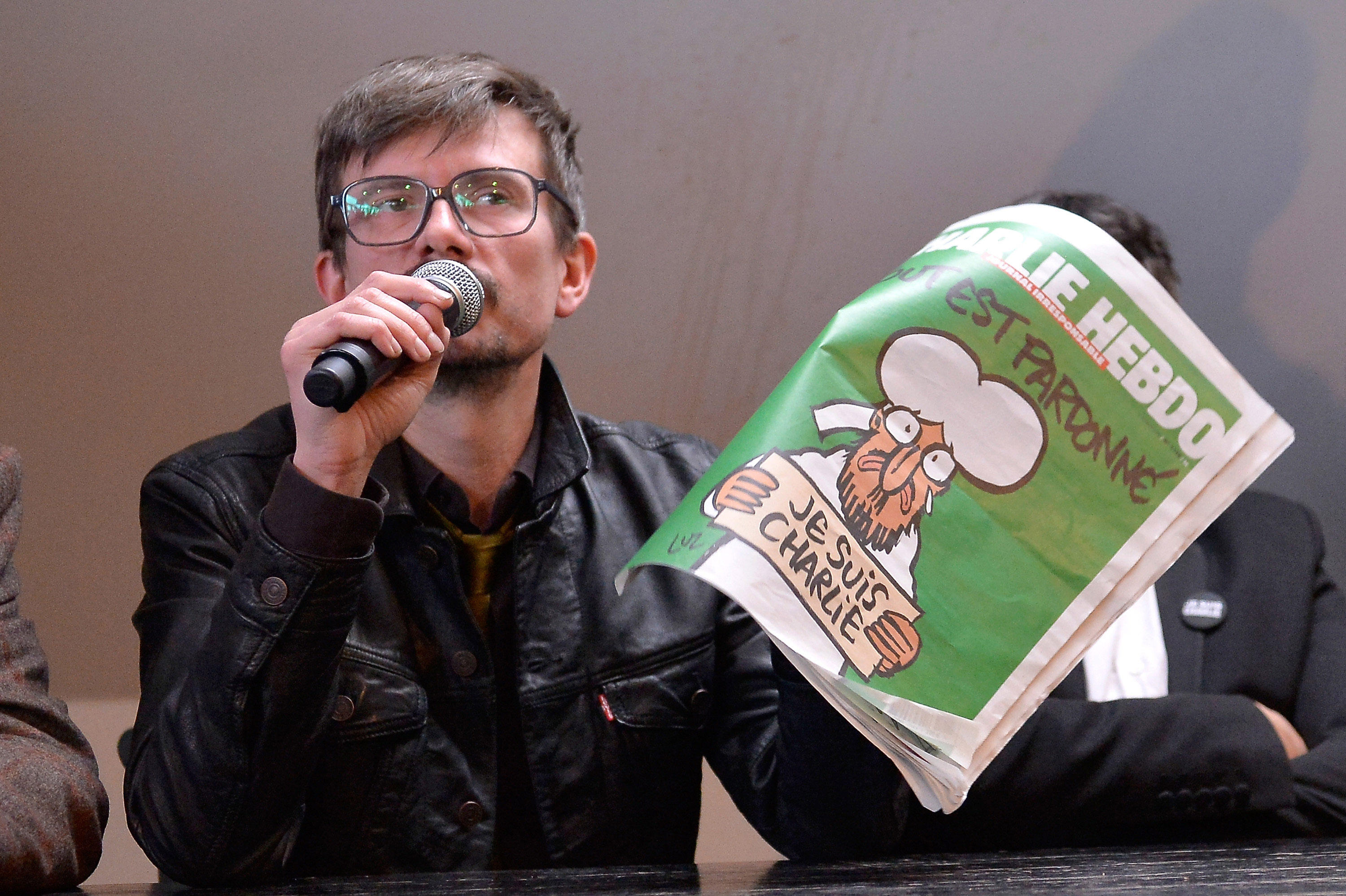 PARIS -- Charlie Hebdo's defiant issue is in print, with a caricature of the Prophet Muhammad on the cover and a double-page spread claiming that more turned out Sunday to back the satirical weekly "than for Mass."

Twelve people died when two masked gunmen assaulted the newspaper's offices on Jan. 7, including much of the editorial staff and two police. It was the beginning of three days of terror around Paris that saw 17 people killed before the three Islamic extremist attackers were gunned down by security forces.

Since then, an outpouring of support for the battered editorial staff has been felt around the world. The "Je suis Charlie" - "I am Charlie" - hashtag has proliferated on social media. A massive rally was held Sunday in France for the victims of the attack.

Charlie Hebdo had faced repeated threats for depictions of the prophet, and its editor and his police bodyguard were the first to die.

The cover shows a weeping Muhammad, holding a sign saying "I am Charlie" with the words "All is forgiven" above him. Zineb El Rhazoui, a journalist with the newspaper, described the cover as meaning that the journalists were forgiving the extremists for the killings.

Renald Luzier, the cartoonist who drew the cover image and who is known by his pen name "Luz," said it represents "just a little guy who's crying." Then he added, unapologetically, "Yes, it is Muhammad."

Speaking at a news conference in Paris on Tuesday at which he repeatedly broke down crying, he described weeping after he drew the picture.

The issue maintained the irreverent, often offensive attitude Charlie Hebdo is well-known for in France. The first two pages included drawings by the slain cartoonists. One showed a much-loved late French nun talking about oral sex. Another showed a Muslim, Christian and Jewish leader dividing up the world.

The lead editorial laid out a vigorous defense of secularism, and of their right to lampoon religions and religious leaders and hold them accountable - and ended with a critique of the pope.

"For the past week, Charlie, an atheist newspaper, has achieved more miracles than all the saints and prophets combined. The one we are most proud of is that you have in your hands the newspaper that we always made," it read.

It also heartily thanked the millions around the world who have supported it.