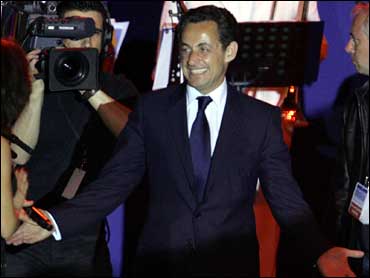 This column was written by Irwin M. Stelzer.

Tony Blair thinks he has a soul mate in Nicolas Sarkozy. So does George W. Bush. Which is understandable. Anyone would be a relief after the Anglo-Saxon-hating Jacques Chirac, who considered it a major political triumph to embarrass the United States, and thought it amusing to dismiss England as a country with inedible food that had made only one contribution to world agriculture: mad cow disease. This from the man who presided over the most inefficient system of agricultural subsidies and protectionism that could be devised by any bureaucrat or politician, with dire consequences for the world's poorest farmers.

It is also understandable that the outgoing British prime minister and the American president should be relieved at the incoming French president's professions of admiration for the United States, and willingness to abandon (or at least modify) the relentlessly pro-Arab bias of French Middle East policy — assuming that he can get a grip on the Arabists at the Qua d'Orsay. For Blair, it means that his successor can retain the special relationship between Britain and the United States without raising the ire of the French. For Bush, it means that he can have civilized discussions with his French counterpart about policy, unencumbered by the sort of anti-Americanism that has until now been the dominant theme of French foreign policy.

But it would be unwise to assume that France will now sign on to the economic policy goals that Great Britain and the United States share. Start with free trade. Sarkozy has made it clear that he is a protectionist down to his fingertips. He believes that free trade and globalization have harmed France and, indeed, Europe. He wants to keep goods made by low-cost labor out of the European Union.

Then there is tax policy. Although observers in London and Washington are enthusiastic about Sarkozy's plan to cut taxes, he does plan to leave French tax rates above those of many of the nation's international competitors. To eliminate the competitive disadvantage at which this puts France in world markets, the new French president would have his E.U. partners raise their tax rates. Gordon Brown, the soon-to-be-British prime minister, has fought such tax equalization for years and might find his meetings with Sarkozy even less pleasant than he has in the past found meetings with E.U. foreign ministers.

Finally, there is the question of the integration of France into global financial markets. Sarkozy is having none of it. He wants Europe's politicians, rather than the central bankers, to set interest rates in euroland, a sure way to trigger destabilizing inflation. He has made it quite clear that he plans to protect important French companies from being acquired by foreigners, be they companies in the same industries, or private equity firms.

Indeed, he has trailed the idea of merging all of France's major energy companies into one company too large and too subject to state protection to be acquired. Whether his view of what constitutes an important French infrastructure company extends to Danone yogurt, as Chirac's ally, Dominique de Villepin contended, we do not yet know. Of course, as America's Congress becomes increasingly hostile to some foreign takeovers, Bush might be hard-pressed to argue with Sarkozy about this policy. Which would leave incoming soon-to-be Prime Minister Gordon Brown fighting to keep capital markets open and competitive, which he can be counted to do both out of conviction and out of self-interest: the continued prosperity of the City of London depends on it, and the continued prosperity of Britain depends heavily on a prosperous financial sector.

Don't get me wrong: to see Chirac gone is a blessing. To see France's socialists with their Neanderthal economic policies decisively beaten at the polls is a relief. After all, even if Sarkozy goes only part-way towards bringing France into the modern era, that nation's 8+ percent unemployment rate should come down and France should be able to contribute more to world economic growth at a time when the U.S. economy is slowing.

We can only hope that increased prosperity, along with the anti-thuggery policies that Sarkozy has promised, will help the new French president to begin to solve the problem created by the large militant Muslim population that has been the cause of so much violence and unrest. If he is successful, he might provide a model for Great Britain and other countries.

So two cheers for Sarkozy. But hold the third until we see whether Hubert Védrine, Sarkozy's choice for foreign minister, abandons his virulent anti-Americanism (Védrine is the Socialist left-winger who coined the phrase "American hyper-power") in favor of his boss' pro-American stance.
By Irwin M. Stelzer
©