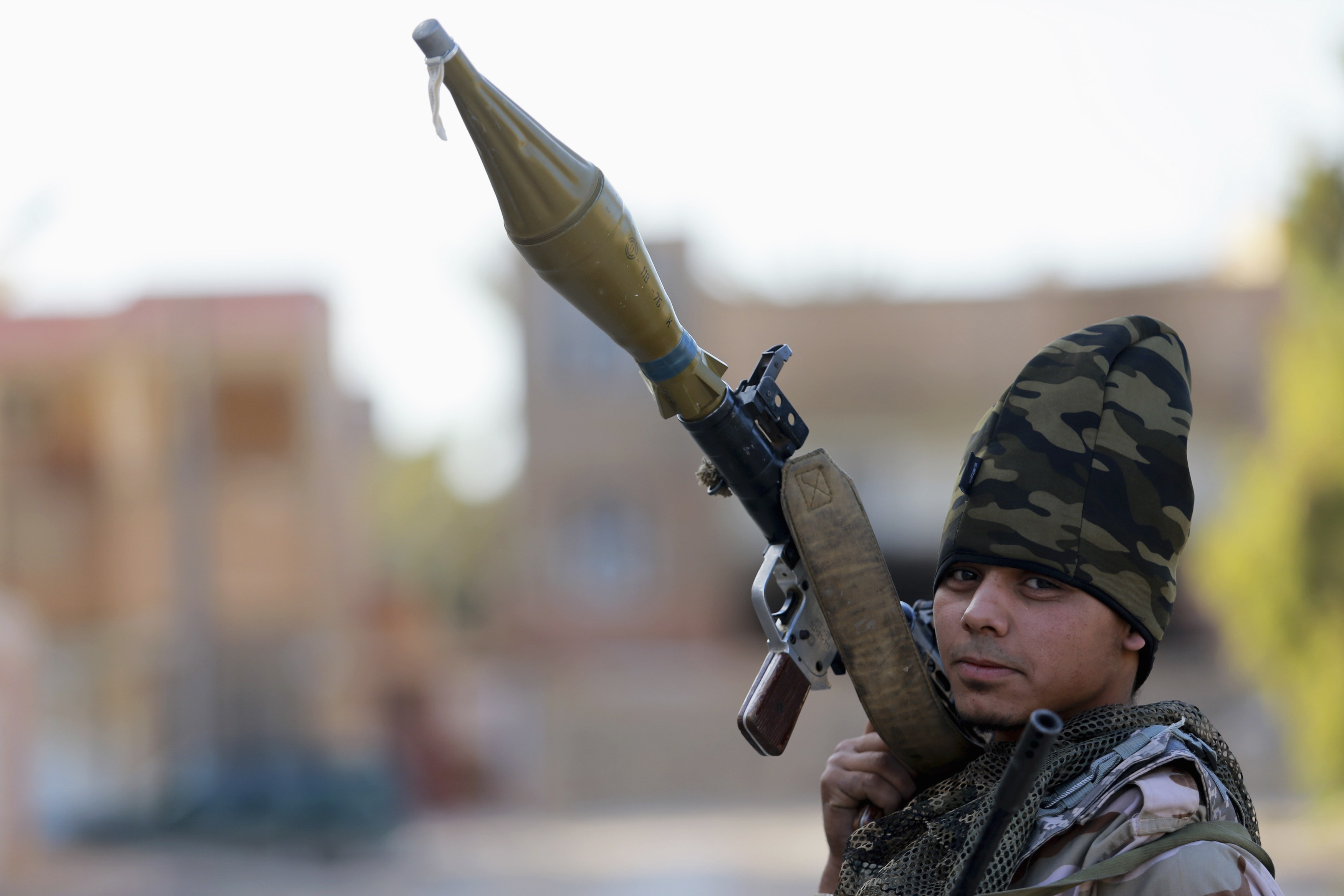 "We are making sure to contain the terrorism that took refuge there, in southern Libya. But France will not intervene in Libya because it's up to the international community to take its responsibility," Hollande said.

Libya is mired in the worst fighting since dictator Muammar Qaddafi was overthrown in 2011, leaving the country with two rival governments. In the chaos, arms have flowed from Libya into Africa's Sahel region, home to several militant groups. French Defense Minister Jean-Yves Le Drian has described southern Libya as a "terrorist hub."

Speaking after Hollande's remarks, Aqila Issa, the speaker of Libya's internationally recognized parliament, rejected any Western ground intervention in his country, telling reporters in Cairo, "If we need any military intervention, we will ask our Arab brothers."

Speaking Monday on France-Inter radio, Hollande said French forces will strike the fighters "every time they leave these places where they are hiding" in southern Libya.

To do that, France is setting up a military base in northern Niger, 60 miles from the lawless Libyan border region. About 200 troops are deployed in the desert outpost at Madama.

French and U.S. drones are already operating out of Niger's capital, Niamey.

French forces largely expelled al Qaeda-linked insurgents from northern Mali in 2013 and some fled to Libya. France then launched a military operation last year against Islamist groups in five of its former colonies in the Sahel region. The country has deployed some 3,000 troops, 200 armored vehicles and six fighter jets in Mauritania, Burkina Faso, Niger, Chad and Mali.