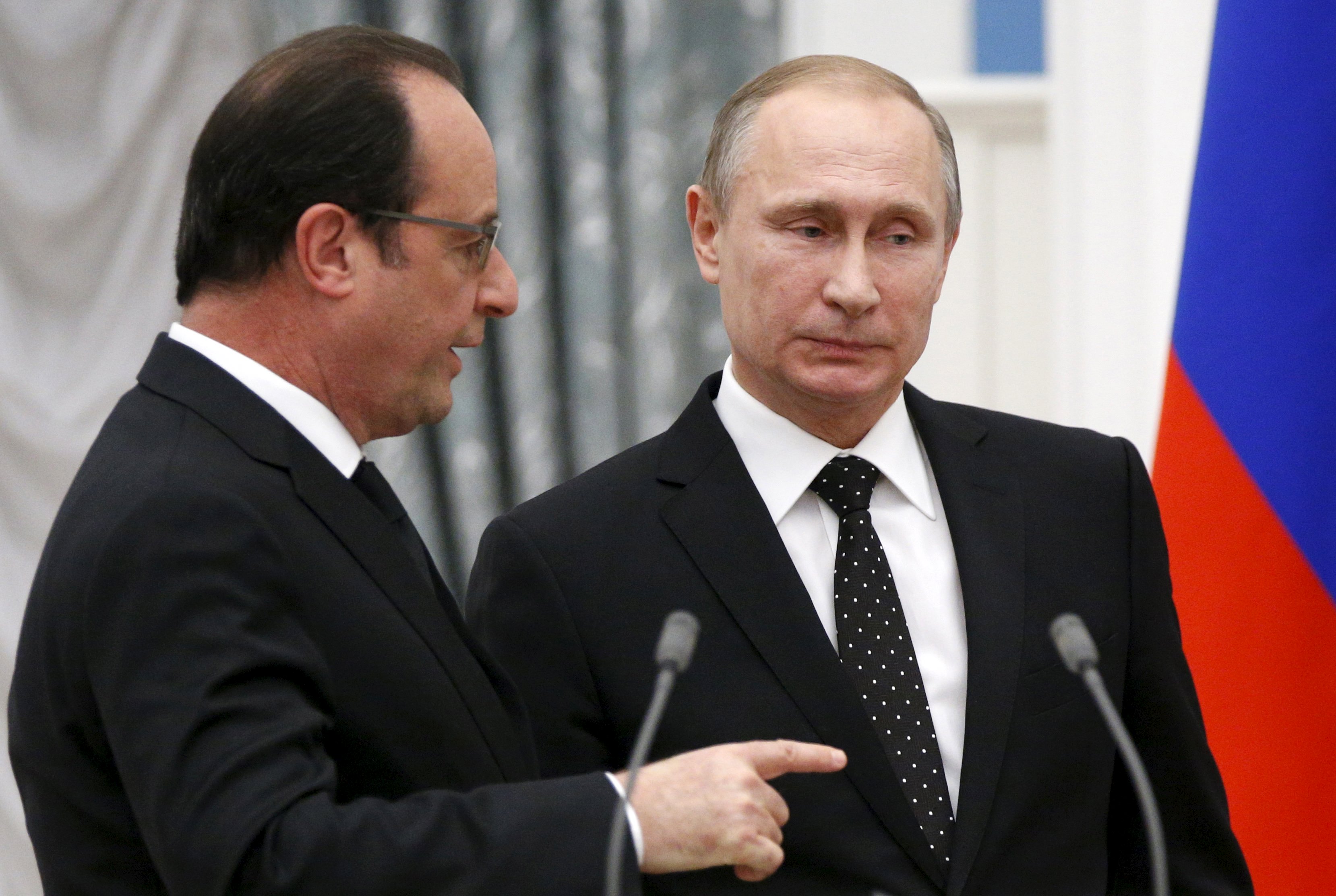 France's foreign minister suggested Friday that, in spite of his country's resistance to allowing him to remain in power, Syrian dictator Bashar Assad's forces could play a valuable role in wiping out the Islamic State of Iraq and Syria (ISIS).

The French government has insisted -- along with the Obama administration -- that any political peace plan for Syria involve Assad stepping down from the position of power he (and his father before him) has held for decades.

It is a view opposed by Assad's biggest ally, Russian President Vladimir Putin, who unleashed a barrage of airstrikes on Syrian rebels at the end of September to shore up Assad's beleaguered army.

The difference in opinion over Assad's fate has been one of the most significant factors blocking a peace deal since the five-plus-year war in Syria began.

After telling France's RTL radio that the French government would be focusing military efforts on destroying ISIS' central infrastructure in its de-facto capital of Raqqa, Syria, Foreign Minister Laurent Fabius said the fight would also have to involve a ground offensive -- but that France couldn't be part of it.

"Troops on the ground cannot be ours, but (there can be) Syrian soldiers from the Free Syrian Army (FSA), Sunni Arab states, and why not regime troops," Fabius said.

He didn't elaborate on whether there were formal efforts to get the aforementioned entities to work together to counter the Sunni Islamic extremists. The FSA, which includes some U.S.-backed rebel groups, and the region's Sunni Arab states are bitter enemies of the Assad regime.

President Obama has also said the fight against ISIS cannot be won with aerial bombardment alone, but the U.S. government has focused on shoring-up "moderate" rebel groups in the country -- an effort that has met severe challenges.

"Neutralizing and eradicating Daesh" is an objective that all countries agree upon, he said, referring to ISIS by its Arabic acronym. He spoke after a week of intense diplomacy capped by the French president's meeting with Russian President Vladimir Putin on Thursday.

French President Francois Hollande and Putin agreed to tighten cooperation in the fight against ISIS, although they remained at odds over their approach to Assad.

ISIS has claimed responsibility for deadly attacks against both of the countries' citizens in recent weeks: the Nov. 13 shootings and suicide bombings in Paris which killed 130 people, and the Oct. 31 bombing of a Russian passenger jet over Egypt's Sinai Peninsula that claimed 224 lives.

Fabius said Putin agreed on the need to focus international efforts against the extremist group and France was drawing up a map of other, moderate groups, to protect them from warplanes.

On Friday, however, the Kremlin appeared to poor some cold water on the depth of cooperation to be expected with France and its allies.

"At the moment, unfortunately, our partners are not ready to work within the format of single coalition," Putin's spokesman said in Moscow. Russia was still open to cooperation "in any format our partners would be ready for," added the spokesman, Dmitry Peskov.

Fabius also said the international coalition was focusing on oil convoys from the group's territory, which provide a crucial source of income. He said some of the trucks head toward Turkey, and France believes Syrian leader Bashar Assad is also a buyer.

Also on Thursday, a tug-of-war over a Russian warplane downed by a Turkish fighter jet at the border with Syria escalated, with Moscow drafting a slew of economic sanctions against Turkey and the Turkish president defiantly declaring that his military will shoot down any new intruder.

The spat reflected a clash of ambitions of two strongman leaders, neither of whom appeared willing to back down and search for a compromise.

Turkey shot down the Russian Su-24 military jet on Tuesday, insisting it had violated its airspace despite repeated warnings. The incident marked the first time in half a century that a NATO member shot down a Russian plane, raising the threat of a military confrontation between the alliance and Moscow.