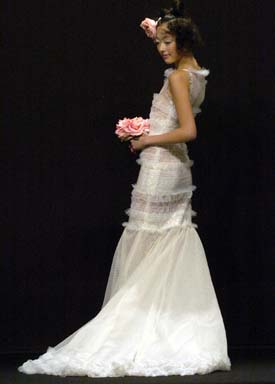 The NHL's deadline has passed, but the league and the Walt Disney Co. still cannot publicly crow over their new television deal.

Fox let the league's midnight Friday deadline pass without announcing whether it would match Disney's $600-million bid for the rights to the NHL.

To retain its broadcast network rights, Fox only needed to match 90 percent of ABC Sports' portion of the bid, or $225 million. That would be a 45 percent increase over the current $155-million, five-year contract that expires at the end of the upcoming season, on which Fox has lost more than $10 million a year.

In disoute is how the Disney bid is split between its own ABC and ESPN and when Fox was given the details of the offer.

Fox sent a letter to the NHL earlier this week claiming the league's original notification did not properly break down the bid between ABC and ESPN and therefore the 10-day window for Fox to match the offer shouldn't shut until next week.

While the league contends the original notification should stand, it was not expected to announce a deal with Disney until at least next week.

If the NHL made an announcement earlier or Fox decided to match the bid after the Friday deadline, it could lead to a complicated legal fight. Fox and Disney each own stakes in NHL teams and Fox holds the local cable rights to 19 of the 20 United States-based teams.

NHL, Fox and Disney officials wouldn't comment on the proceedings.

However the dispute resolves itself, the NHL comes out the ultimate winner, easily more than doubling its rights fees at a time when its ratings are struggling. The league's national U.S.-television revenue would jump from $45 million a year to at least $115 million.

Fox's ratings have slipped during the terms of the contract, falling 33 percent since its peak in 1996. ESPN's regular-season ratings fell 13 percent last year and ESPN2's were flat compared to 1996-97.

According to numbers from Nielsen Media Research, most of the loss in audience came in key demographic areas. Ratings among men 18-34 have fallen 41 percent since Fox's first year

More troubling than the lagging regular-season ratings are the poor postseason numbers. While the three other major sports see audiences more than quadruple in the postseason, the NHL doesn't even double its numbers.

And Fox's lone attempt at putting the NHL All-Star game in prime time in 1997 resulted in the lowest-rated night of television ever for one of the four major networks.

It also would be the first time Fox lost a property it once held and could give Disney a boost in its fight with Fox, which has staked out a dominant position in regional cable sports and threatened ESPN's national cable superiority.

"Disney and Fox are in fierce competition in the cable sports," said Steve Grubbs, a media buyer at BBDO advertising agency. "Disney will do whatever it can to support ESPN. It showed that during NFL negotiations and it is attempting to secure another major sports franchise here."

Under the terms of the deal, ESPN would continue to show about 26 regular-season games, while ESPN2 would add about 25 games to its 75-game schedule.

Fox could replace hockey by starting its baseball coverage at the beginning of the season. The network has paid for the rights to Saturday afternoon games all season, but has thus far chosen to begin coverage in late May.

If Fox opts out of the NHL, it would bring to an end its attempts at using technological gizmos to try to improve the viewing experience on television. Fox's use of the glowing puck failed to attract non-hockey fans and was greeted with consternation by diehard followers.