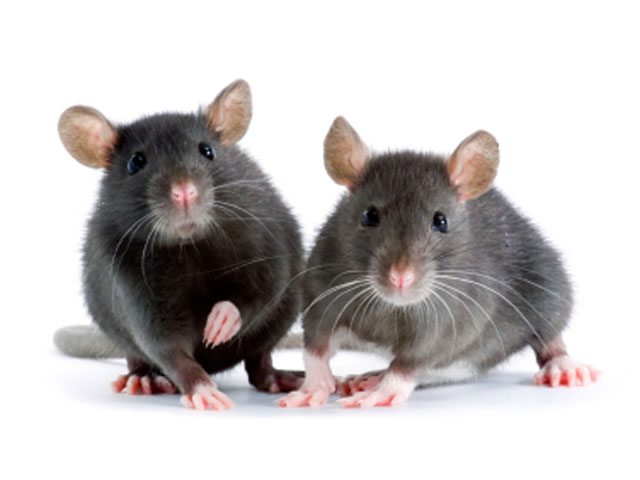 (CBS) Have scientists finally discovered the fountain of youth? Results from a new study suggest a way to stop aging might not be too far-fetched after all.

Researchers at the University of Pittsburgh have developed a stem cell treatment that significantly stalls aging and increases life span - if you're a mouse. But the study, which shows how stem cells influence aging, may provide new clues on aging that will one day help humans.

For the study, published in the Jan 3. issue of Nature Communications - researchers injected a combination of stem cells and a similar type of cells - called progenitor cells - into mice that were bred with the disease progeria. Progeria is a rare genetic disease that causes advanced aging in children.

The cells came from the muscle tissue of young healthy mice.

Mice with advanced progeria usually live for only days, but when the researchers injected the mice with a single dose of stem cells when they were 17 days old, the mice's life spans shot up, with some living up to 66 days.

What's more impressive, according to study co-author Dr. Laura Niedernhofer, associate professor in the department of microbiology and molecular genetics at the University of Pittsburgh, was when the researchers injected the stem cell mix into mice with a milder form of the aging disease. Those mice typically would show signs of aging like weak leg muscles, walking hunched over, and trembling. Following two injections of stem cells spaced several weeks apart, the mice saw relief in 75 percent of their symptoms. That suggests the stem cells delayed the effects of aging.

"That to me is exciting," Niedernhofer told CBS News. "It's really keeping the mice as healthy as possible in terms of aging."

Niedernhofer says their study suggests that stem cell dysfunction may be the cause behind some of the changes we see with aging.

Does that mean a stem cell therapy would reverse aging in humans?

It's too soon to sell. But Niedernhofer said the study suggests that the healthy stem cells from young mice somehow rejuvenated the aging mice's cells, as opposed to replacing them. This effect was seen when the mice's brains became healthier, despite only being injected with stem cells through the stomach. Niedernhofer says if scientists discover the mechanism that "flips the switch" to rejuvenate older stem cells, people could potentially reverse aging - without even the need for injecting cells.

"In order to stay healthy and functional, your stem cells are really important," Niedernhofer said. "We've got to find a way to replace them or improve their function. I think that will be a key goal for staving off a lot of aging-related diseases."