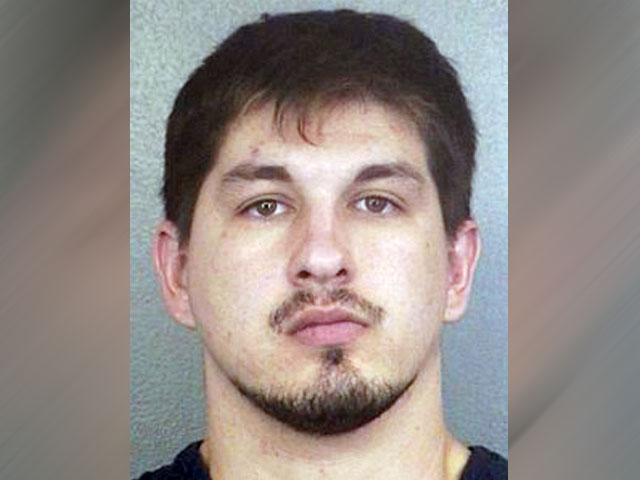 (CBS/WFOR) FORT LAUDERDALE - Fort Lauderdale man Paul Henry Gonzalez Jr. was handcuffed and taken away from his divorce hearing by deputies after allegedly assaulting his soon-to-be-ex-wife in judge's chambers Friday.

The 28-year-old ex-marine and his estranged wife Catherine Ann Scott-Gonzalez, 23, were before Judge Ronald J. Rothschild discussing their final divorce hearing when Gonzalez said he was going to leave chambers and the Judge could do "whatever," according to the South Florida Sun-Sentinel.

After leaving, Gonzalez reportedly returned to the room and before turning to leave again, he lunged at his wife and beat her with closed fists numerous times. This alleged attack occurred in front of Rothschild, his clerk Elana Mae Allen and Scott-Gonzalez's attorney Michael J. Dunleavy.

According to CBS affiliate WFOR, the attack sent Scott-Gonzalez, also a former Marine, to Holy Cross Hospital with serious injuries including a torn lip, broken nose and facial bones and swelling to her head.

When deputies arrived, Dunleavy was restraining Gonzalez. Gonzalez reportedly refused to be handcuffed, and deputies were forced to Taser him twice.

WFOR reports that Gonzalez was taken into custody and charged with felony battery, domestic violence and resisting arrest without violence.