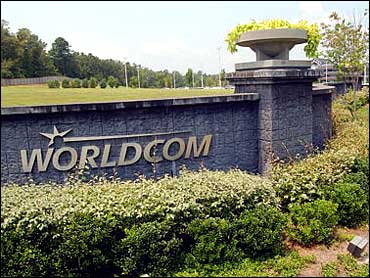 Former WorldCom controller David Myers, the third-ranking company executive charged in the $11 billion accounting fraud, was sentenced Wednesday to one year and one day in prison.

U.S. District Judge Barbara Jones said she was sparing Myers, 47, a longer prison term because of his extraordinary cooperation with the government and his early admission of responsibility and remorse.

As controller, Myers admitted he instructed WorldCom's accounting department to make billions of dollars in adjustments to financial statements so the company could meet Wall Street expectations.

He said he did so on orders from Scott Sullivan, the company's chief financial officer, who on Thursday will become the sixth former WorldCom executive to be sentenced.

Myers, a father of three, told the judge he would regret his conduct for the rest of his life. "At the time I consider to be the single most critical character-defining moment of my life, I failed," he said.

He went on: "As I teach my children what is right and what is wrong, I've got to acknowledge that I did something that was not just wrong, but horribly wrong," he said.

The extra day tacked on to the year's prison term makes Myers eligible to have his time reduced for good behavior. He would still be required to serve more than 10 months.

Jones said she would recommend Myers be assigned to the federal prison in Yazoo City, Miss., near his home. He was ordered to report Oct. 10.

The judge and the lead federal prosecutor on the case both gave Myers credit for coming clean to internal WorldCom auditors, even before he met with law enforcement officials investigating the fraud in 2002.

Later that year, Myers pleaded guilty to conspiracy, securities fraud and false regulatory filings. He worked with the government extensively as it built a case against ex-CEO Bernard Ebbers, who was convicted in the fraud earlier this year and sentenced to 25 years in prison.

Myers cooperated "without any complaints and without reservation," prosecutor David Anders said. "It was certainly everything that we could expect and, frankly, a little more than we could expect."

After the sentence was imposed, Myers hugged his priest and then his wife, who wept in his arms.

Myers declined to speak to reporters after the sentencing. His lawyer, Richard Janis, said of the judge, "I think she treated David Myers fairly, and he accepts his punishment."

The sentence for Myers was the same as that given Tuesday to Buford "Buddy" Yates, the company's former director of general accounting.

The punishment for Myers leaves only Sullivan, the No. 2 executive snared in the fraud, to be sentenced. Jones said Wednesday she believed Myers deserved far less blame for the fraud than Sullivan.

Sullivan has already agreed to relinquish his $11 million mansion in Boca Raton, Fla., to settle a class-action lawsuit brought by investors who lost billions of dollars in the WorldCom debacle.

Ebbers reached a similar settlement under which he forfeited his Mississippi mansion and turned over nearly all his assets to be sold, totaling up to $40 million.

Myers also reached a settlement with the investors, but it included no payment because lawyers in the case determined he could not afford to pay. Jones also did not impose a fine as part of the criminal sentence.

At Ebbers' trial, Myers testified the CEO apologized to him in 2000 after company accountants were forced to cover up more than $800 million in expenses. He said Ebbers promised him "that we would never have to do that again."

Myers also recalled Ebbers' fretting in 2001, as WorldCom stock was sliding, that all he had worked for "will basically be wiped out."

WorldCom, once one of the nation's leading telecommunications firms, went bankrupt when the fraud was discovered in 2002. It emerged last year under the name MCI.