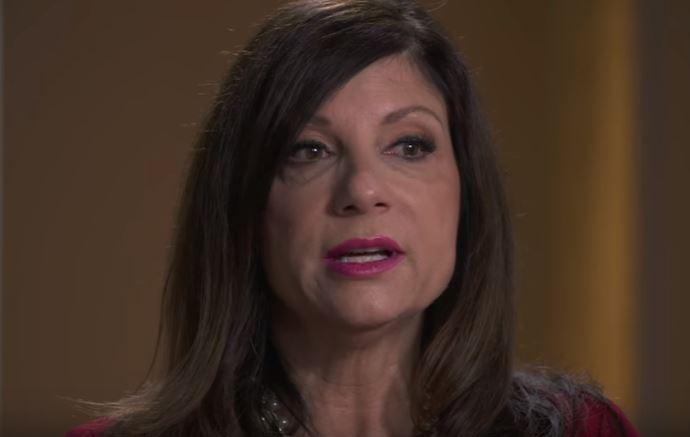 Hours before the third and final presidential debate, Leslie Millwee, a former TV news reporter for a local station in Arkansas, accused Bill Clinton of sexually assaulting her three times in 1980, while he was governor, Breitbart News reported.

Millwee said that all of the incidents occurred while she was working on a story in the station’s tiny editing room. Two of the three assaults, she added, involved then-Gov. Clinton rubbing his genitalia against her.

“And he came in behind me,” she told Aaron Klein. “Started hunching me to the point that he had an orgasm. He’s trying to touch my breasts. And I’m just sitting there very stiffly, just waiting for him to leave me alone. And I’m asking him the whole time, ‘Please do not do this. Do not touch me. Do not hunch me. I do not want this.’”

The lewd behavior also allegedly occurred outside the perimeter of the now defunct station KLMN-TV, which covered the Fort Smith and Fayetteville markets. Millwee also said then-Gov. Clinton unexpectedly showed up at her house and began incessantly knocking on her door. At the time, Millwee was living with her grandmother, and she feared that Clinton’s promiscuity would eventually reach her doorstep.

“He knocked on the door for probably five, ten minutes,” she said. “Knocking. Calling my name. Saying, ‘I know you are home. Please answer the door.’ I did not answer the door.”

Millwee described the last incident as the “last straw.” After discussing it with her grandmother, she agreed that she should leave the station.

When asked why she’s speaking publicly for the first time about a decades-old assault, the former news reporter told Breitbart News she’s “very comfortable where [she is] at now in life.” She added that she wanted to share her story in 1998 when the Monica Lewinsky and Kathleen Willey narratives began unfolding, but, at the same time, Millwee said, she feared the repercussions of doing so -- how it would impact her family and career.

“And I watched the way the Clintons and Hillary slandered those women,” Millwee said in the interview. “Harassed them. Did unthinkable things to them. And I just did not want to be part of that. I had very small children at the time.”

But she wasn’t totally silent. Milwee claimed that she told three friends about her experiences with President Clinton in the 1990s. Two of the three were quoted in the original report-- verifying Millwee’s story and character.

One of them -- Richard Scott -- is a staunch Hillary Clinton supporter and even contributed small donations to the campaign. “Leslie is one of the most frank, credible people I know,” said Scott. “She is not manipulative about what she says concerning people or events she is involved in. She tells it like it is.”

Millwee’s allegations became public just as more women have been accusing GOP nominee Donald Trump of engaging in crude behavior and, in some cases, sexually assaulting them. The Trump campaign has remained on the defensive--arguing that the demeaning comments Trump had made in a 2005 video with former Today Show host Billy Bush were “locker room banter.” Trump also deflected some of the attention by holding a press conference and then inviting three women who have accused Mr. Clinton of sexual assault to the second presidential debate.

Recently, six colleagues and close friends of Natasha Stoynoff-- a former PEOPLE writer -- corroborated her story of being attacked by Donald Trump in 2005. Her account, which was published last week, also got the attention of Trump’s wife, Melania Trump, who demanded the article be retracted and threatened to sue the publication.