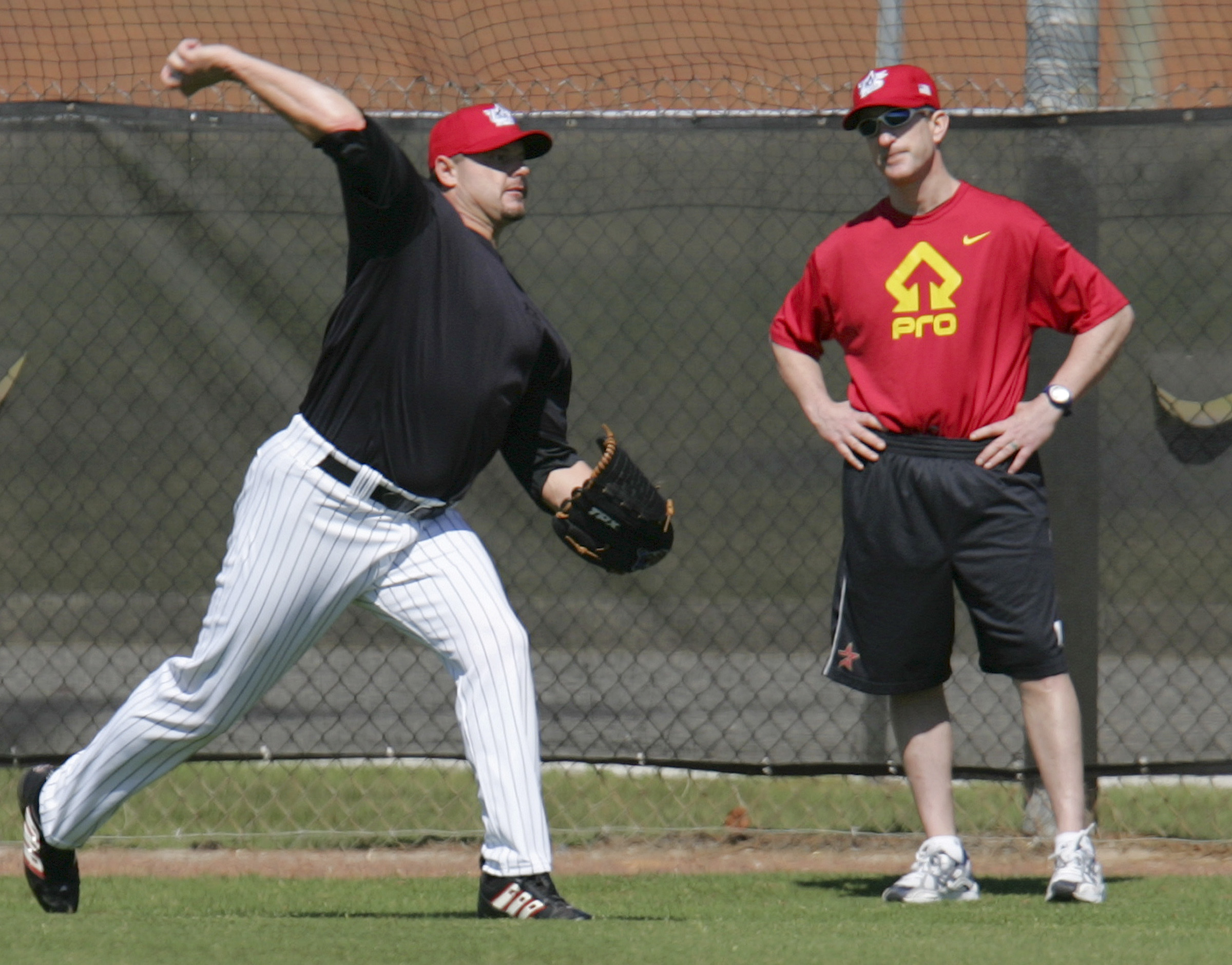 (CBS/AP) WASHINGTON - Brian McNamee testified that Roger Clemens' lawyers pushed him from reluctant turncoat to angry accuser when they allowed details of McNamee's oldest son's illness to be revealed during a nationally televised news conference.

"I was furious," McNamee told the jury in Clemens' perjury trial Tuesday. As soon as he could, McNamee said, he went to his house and retrieved the medical waste he had collected from injecting Clemens with performance-enhancing drugs. McNamee turned the materials over to his lawyers, who in turn gave the materials to federal law enforcement officials. It's now the physical evidence prosecutors are using to try to prove Clemens lied to Congress in 2008 when he denied using steroids and human growth hormone.

McNamee claimed that he kept the evidence a secret — even when he was telling investigators about injections he gave to Clemens — in an attempt to minimize the impact on the seven-time Cy Young Award-winning pitcher.

"I didn't want to hurt the guy," McNamee said. "I knew that would hurt Roger even more."

But in a televised 2008 news conference, when Clemens' lawyers played a taped phone call between the two men that contained references to medical details about McNamee's oldest son, who was suffering from diabetes, McNamee turned against his friend and client.

"My son was 11 years old at the time," he said, as Clemens stared from across the room. "It's beyond inhuman to do that to a kid."

McNamee said he turned over the evidence against Clemens "because of what he did to my son."

McNamee, Clemens' longtime strength coach, testified Tuesday for a second day, pushing his running total to roughly 10 hours on the stand, including the first few moments of what portends to be a grueling cross-examination that will continue Wednesday.

The broad outline was familiar from McNamee's previous statements: He said he injected Clemens with steroids and human growth hormone in 2000 and with steroids in 2001, and he gave Debbie Clemens a shot of HGH in 2003. That was in addition to the testimony he gave Monday, when he spoke of a series of steroids injections he said he gave Clemens in 1998, when he was pitching for the Toronto Blue Jays.

He went on to describe his marital problems, money problems and the legal mess that came about when he got entangled in the federal drugs-in-sports investigation that led him to become a reluctant but cooperating witness against one of the most successful baseball players of all time.

"It destroyed me. It killed me. ... I put myself in a situation where I had to do this," McNamee said. "I had to tell the truth."

Some details were new and fascinating, especially hearing them spoken out loud in a courtroom with Clemens sitting a few feet away. At one dramatic point, the adversaries were actually both standing, when McNamee rose from the witness stand and identified Clemens with an outstretched left arm: "He's right there with the brown tie." Clemens looked straight at McNamee, stone-faced and silent.

The defense objected to McNamee's repeated references to Andy Pettitte, CBS News producer Traci Caldwell reports. They claim the prosecution is trying to make it appear that Clemens influenced Pettitte to take performance enhancing drugs. The judge has ruled that jurors should not hear this.

When McNamee left the courtroom so the parties could discuss an issue out of earshot of him and the jury, Clemens turned and glared at his former coach all the way to the door — a fierce stare he used to deliver from a major league pitcher's mound.

McNamee is far and away the government's key witness, the only person who will claim firsthand knowledge of Clemens taking performance-enhancing drugs.

McNamee again gave vivid and colorful details about injections. He appeared less nervous than he did on Monday, and his voice rose as he spoke of marital problems that he said developed in part because of his relationship with Clemens. The time away from home training Clemens meant McNamee didn't have time to take his wife and children to water parks and other family outings, he said, and his wife was concerned that her husband would become a fall guy at Clemens' expense.

McNamee said he thought "she might be right," so he kept the needle, swab and cotton ball from a steroids injection he said took place in Clemens' New York City apartment in 2001. He said he put the items in a beer can that he salvaged from the recycling bin in Clemens' kitchen — a means of protecting the used needle from accidently stabbing himself — and brought the can home. It was put in a FedEx box and kept in the house, an effort to "keep the home front nice and smooth," McNamee said.

Years later, McNamee and his wife began divorce proceedings, which are ongoing.

In his 2008 congressional deposition, McNamee said he also kept the leftover waste from the injection because he distrusted Clemens "to a degree." He didn't mention that reason on the stand Tuesday.

The defense is expected to attack McNamee's integrity and motives, and Clemens lawyer Rusty Hardin offered a brief taste during 10 minutes of cross-examination before the trial recessed for the day. Hardin suggested that McNamee purposefully wore a tie with a logo to a grand jury appearance in 2010 to advertise a company for financial gain. McNamee said he has no financial interest in the company and that he wore the tie because his other one was wrinkled.

The trial is in its fifth week, and the tedium cost the proceedings another member of the jury Tuesday. Juror No. 1, a supermarket cashier, became the second member of the panel to be dismissed for sleeping. Her departure leaves 14 jurors, including two alternates.