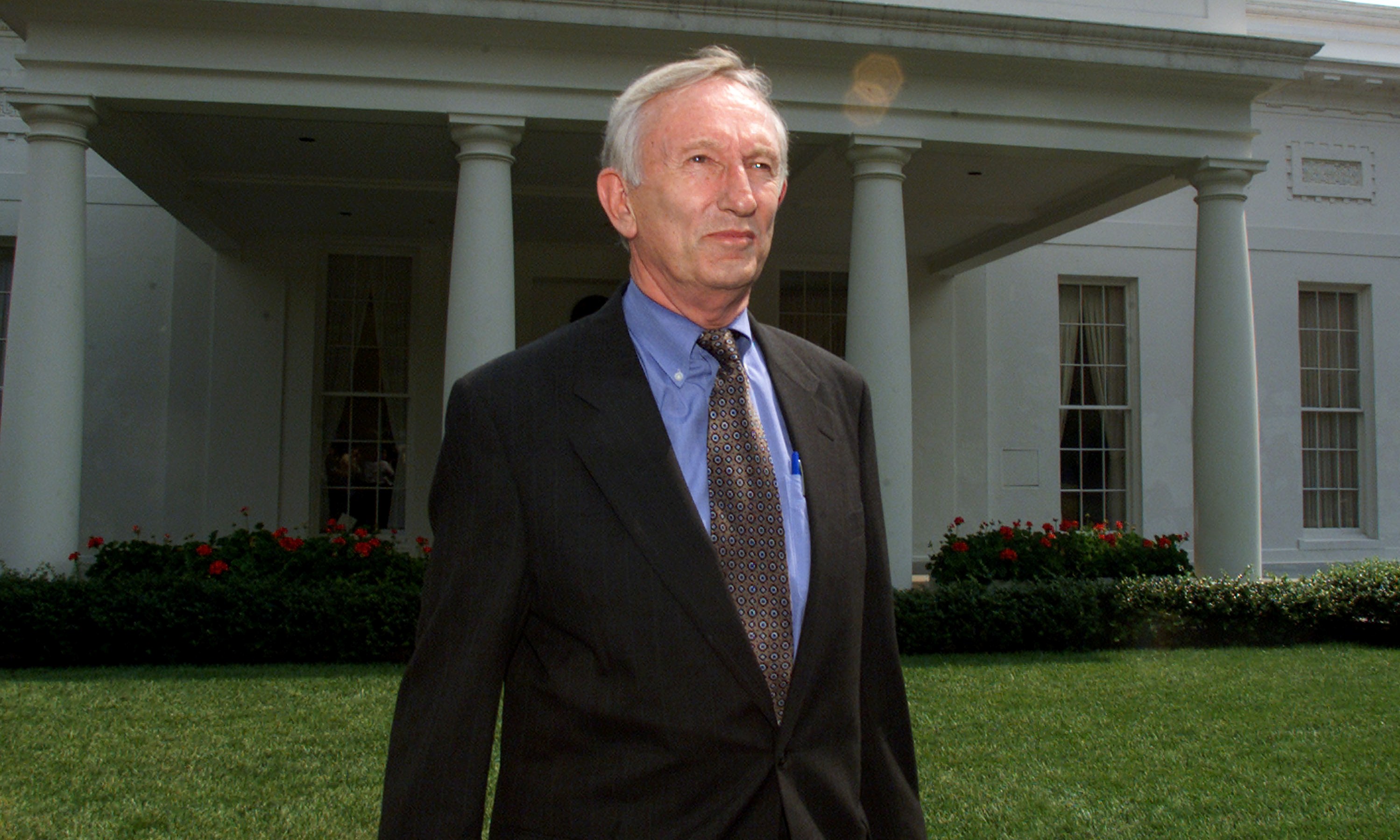 MONTPELIER, Vt. - Former Vermont U.S. Sen. James Jeffords, who in 2001 tipped control of the Senate when he quit the Republican Party to become an independent, died Monday. He was 80.

Jeffords died in Washington, said Diane Derby, a former aide to Jeffords. He had been in declining health, she said.

Jeffords had announced in 2005 that he would not seek a fourth term, citing his and his wife's health problems.

"I have had an enormously satisfying career, one that I would not have traded for any other," Jeffords said when he retired. "In no other job do you have both the freedom and obligation to solve problems and help people on a daily basis."

Jeffords served more than 30 years in Washington. He won election to the House in 1974 as a Republican. The post-Watergate year was a strong one for Democrats nationally, but Jeffords was running as Vermont was just beginning its shift from a century of solid Republicanism to its current status as among the most liberal states.

The Rutland native, a graduate of Yale and Harvard Law School, already had won statewide office as attorney general and was from a well-known Vermont Republican family. His father, Olin Jeffords, had been chief justice of the state Supreme Court.

During his time in Washington, Jeffords stood out as a moderate to liberal Republican during a time when the party was moving to the right. He was a strong backer of legislation supporting education, the environment, job training and help for people with disabilities.

He was the only Republican in the House to vote against President Ronald Reagan's tax cuts in 1981. After election to the Senate in 1988, replacing another moderate Republican, Robert Stafford, Jeffords opposed the first President Bush's appointment of Clarence Thomas to the U.S. Supreme Court.

A decade later, when Republicans had gained control of both the White House and both houses of Congress, Jeffords, upset with President George W. Bush's opposition to the Individuals With Disabilities Education Act, decided that was the last straw. In May of 2001, he declared he would leave the Republicans and caucus with the Democrats.

Republicans were apoplectic, particularly since Jeffords' switch cost them control of the closely divided Senate. GOP Leader Trent Lott of Mississippi dubbed Jeffords' action a "coup of one," and described it as "the impetuous decision of one man to undermine our democracy."

Reflecting on his decision to leave the GOP as he was readying to retire in 2006, he told Burlington, Vermont CBS affiliate WCAX: "[T]he misunderstandings of why I did it, I think made it difficult...snotty little remarks that were whispered around to why I did it. Power and all that. It was a tough time,"said Jeffords.

At the heart of Jeffords' decision was a belief that Republicans in general and President Bush in particular had become too conservative and that he could not remain in a party that favored tax breaks for the wealthy over full funding of education programs for the disabled.

He complained at the time that the Republicans in control of both the White House and Congress "were set out on an agenda that did not fit into what the average American wanted to see."

The Democrats' control of the Senate was brief. Republicans took it back 18 months later, and added to their gains the 2004 elections. But Democrats regained Senate control in 2006.

Jeffords became a hero to Democrats, attracting huge crowds as he traveled the country helping to bring in millions in 2002 and 2004 for Democratic candidates. But he resisted calls that he drop the independent label and become a Democrat himself, saying he could not go against several generations of family history.

"For more than 30 years, Jim has fought to do the right thing, standing against extremism," former Vermont Gov. Howard Dean, who later served as chairman of the Democratic National Committee, said when Jeffords announced his retirement. "His work ethic, patriotism and commitment to serving the people of Vermont have made him a model to all of us who know him and have had the honor to work with him."

Jeffords was said to be eager to run for re-election in 2006 to show Republicans that Vermont would elect him as an independent, and he had won the endorsements of state Democratic leaders. The state GOP chairman called him a "turncoat" in a fundraising letter.

Eventually, though, the health problems he faced and those of his wife prompted him to retire. Jeffords' family and staff had questioned whether the then-70-year-old senator was physically and mentally up to a statewide campaign. He had stumbled in a radio interview and was confused about some of his votes.

His wife, Liz, died in 2007 after battling cancer.

He later lived in a retirement home in the Washington area and stayed out of the limelight.