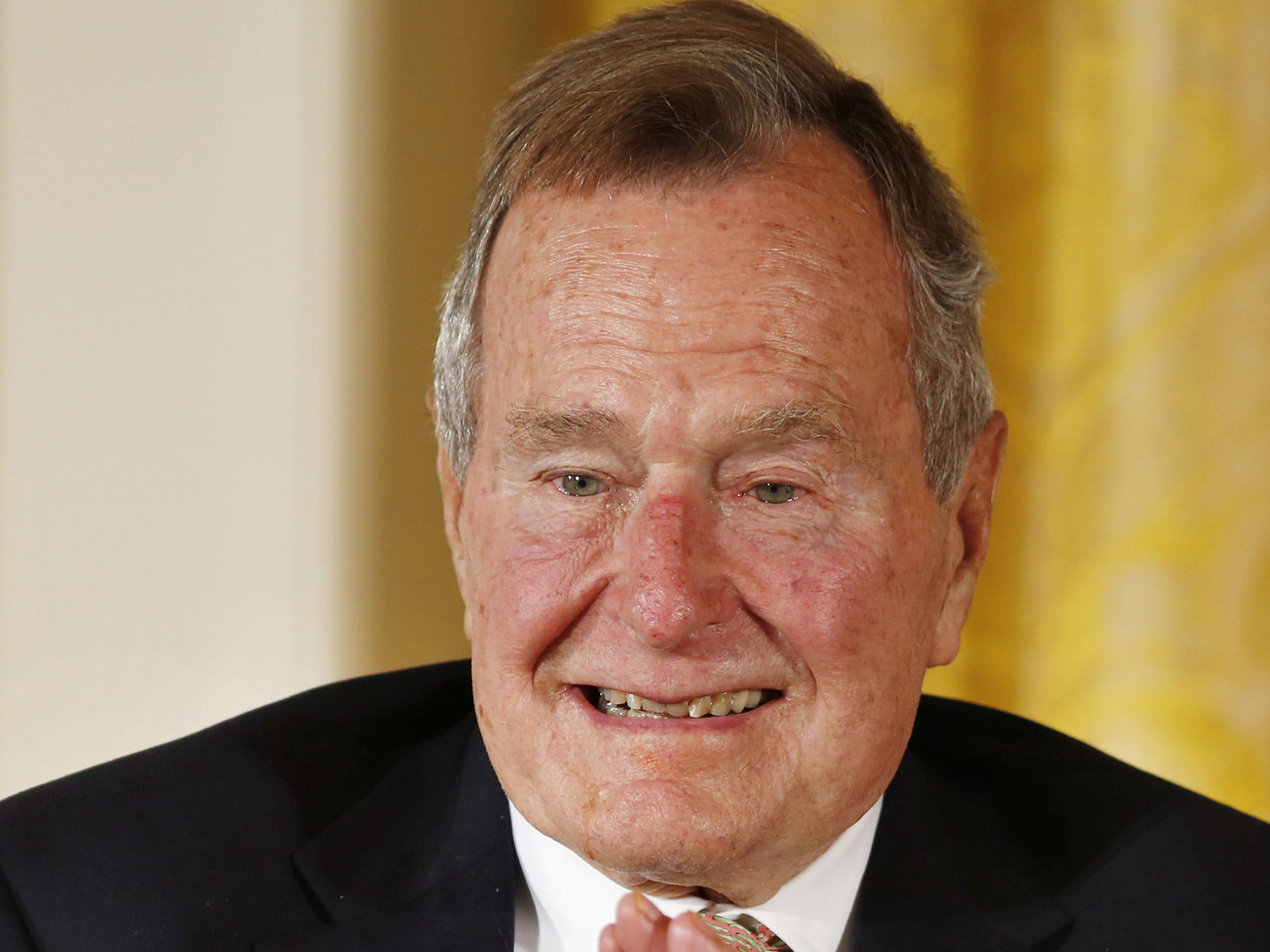 Former President George H.W. Bush is in a hospital in Maine with a broken bone in his neck.

The 91-year-old former president injured himself Wednesday when he fell.

He was in stable condition at Maine Medical Center in Portland.

The 41st president was taken there by ambulance from his vacation home in Kennebunkport, reports CBS News correspondent Bill Plante.

According to the hospital, Mr. Bush is conscious and was treated by a team of doctors overnight.

He is in a neck brace and is surrounded by family members.

Mr. Bush and his wife, Barbara, have been holding fundraisers for another son, Republican presidential candidate Jeb Bush.

In March, Jeb said his father still has "great spirits ... and a great mind."

It is still unclear when Bush Senior will be released from the hospital.

He suffers from Parkinson's disease and needs to use a wheelchair. He's been hospitalized for extended periods twice in the last three years -- one stay was for shortness of breath, another was for bronchitis.

But the oldest living commander in chief is far from idle. Since leaving the White House in 1993, he has skydived on at least three of his birthdays.

"The first scary part is when you look out ... and it's a great, exhilarating feeling," Mr. Bush explained.

The jumps are a nod to his service as a naval aviator during World War II. He was shot down over the Pacific during a bombing run in 1944.

"That was under adverse conditions," Mr. Bush recalled. "The plane was burning and I did it wrong -- I hit my head on the tail of the plane."

Last year, he celebrated his 90th birthday with a 6,000-foot jump from a helicopter.

"I can't play golf anymore, but I still can jump out of a plane," he has said. "Just because you're an old guy, you don't have to sit around drooling in the corner."