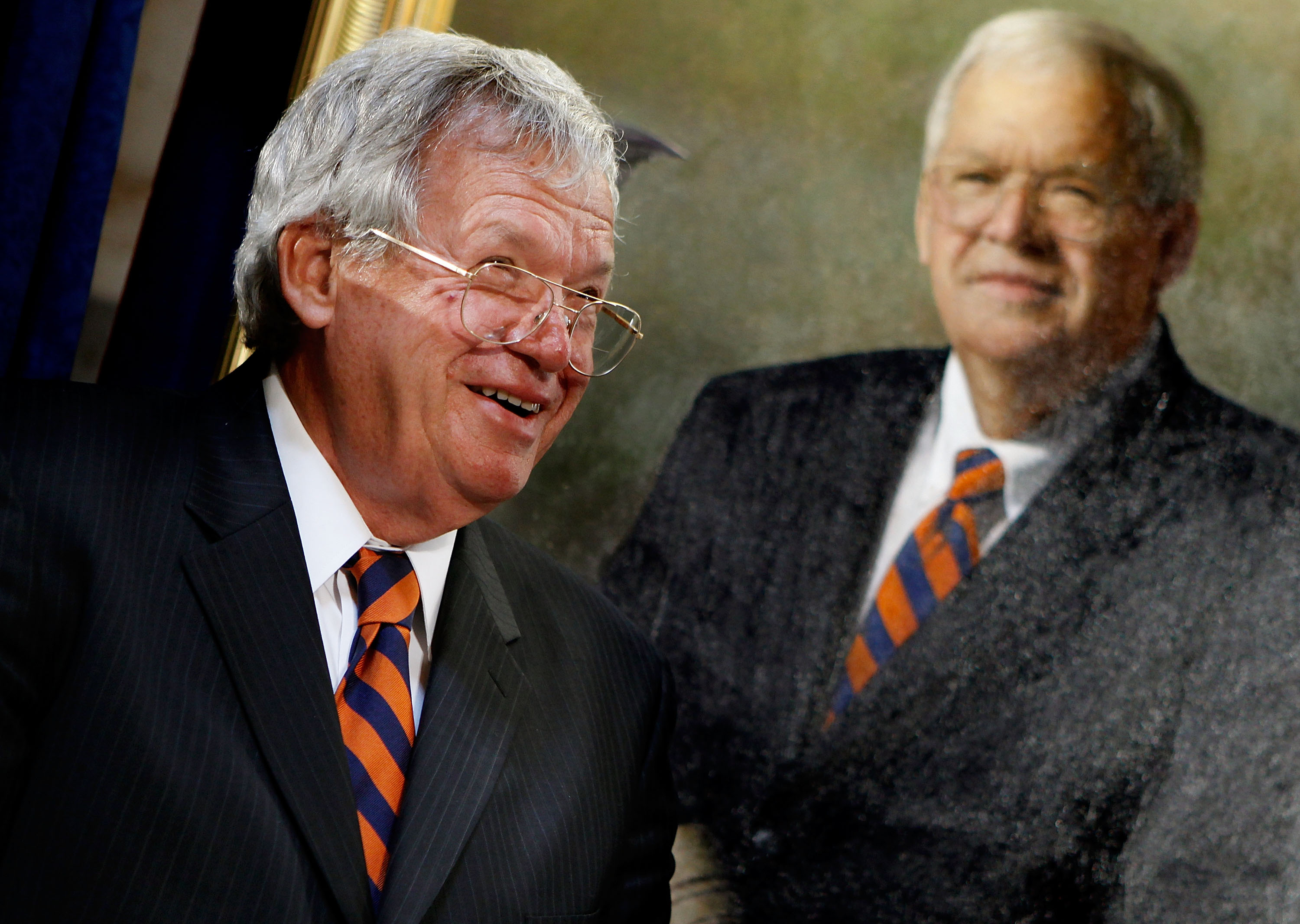 Former House Speaker Dennis Hastert has been indicted on federal charges for trying to hide close to $1 million in bank withdrawals and for lying to the Federal Bureau of Investigation.

The indictment returned by a federal grand jury says Hastert was charged with one count each of structuring his currency transactions to evade Currency Transaction Reports on a withdrawal of $925,000 in cash and making false statements to the FBI.

Documents filed in a U.S. District Court in Illinois allege that in 2010, Hastert agreed to provide an unnamed individual with $3.5 million. Between 2010 and 2014, he withdrew a total of approximately $1.7 million in cash from various bank accounts. Until 2012, the denominations varied between about $50,000 and $100,000, and then after 2012, the money was always withdrawn in denominations under $10,000 - in order to avoid triggering a requirement that banks report cash withdrawals exceeding $10,000.

Hastert allegedly began making payments to a person referred to in the documents as "Individual A" in 2010, after meeting with this person "several times." The indictment says Hastert and Individual A "discussed past misconduct by defendant against Individual A that had occurred years earlier." It was during these conversations that Hastert agreed to pay this person the $3.5 million sum "to compensate for and conceal his prior misconduct."

The individual collecting payments from Hastert, according to the indictment, lives in Yorkville, Illinois - where Hastert also lives - and has known Hastert for most of his or her life.

In 2013, the FBI began investigating Hastert's withdrawals and attempts to evade the reporting requirement. The agency was looking into whether he was using the money for some "criminal purpose," whether he was being extorted or even simply using the money for some other purpose. When asked by the FBI about the withdrawals, Hastert lied, telling agents,"Yeah...I kept the cash. That's what I'm doing."

Each count of the indictment carries a maximum penalty of five years in prison and a $250,000 fine.

Hastert was the longest-serving Republican speaker of the House in history, holding the post from 1999 to 2007. After Republicans lost control of the House and Senate in the 2006 elections, he declined to run for the post of minority leader and instead became an elder statesman for the GOP. In August of 2007, he announced that he would not seek another term in Congress and retired in November 2007 after holding his seat for 20 years.

One of his legacies in Congress includes the so-called "Hastert Rule," meaning the House speaker shouldn't put a bill on the floor unless a majority of his members supported it.

Near the end of his term, he faced some calls for resignation over his handling of a scandal involving former Rep. Mark Foley's contacts with teenage pages. In 2006, the Sunlight Foundation accused him of pushing for federal funding for a highway in northeastern Illinois that helped him and his wife profit off of selling land near their home.

Yet, less than a year ago, after Dickstein Shapiro lost 13 of its lawyers and lobbyists to another firm, Hastert was the first name the firm mentioned, in reassuring its clients and the public that it still had top-notch talent in its ranks. A statement in July 2014 said, according to Politico, "Dickstein Shapiro continues to serve clients through our market-leading Public Policy and Political Law practice, led by Dennis Hastert, the longest serving Republican Speaker of the U.S. House of Representatives, and Scott Thomas, one of the longest serving Commissioners and a four-time Chairman of the Federal Election Commission," said Michelle Rodgers, the director of communications at Dickstein Shapiro.

What a former CDC director says about Omicron
Rebecca Kaplan